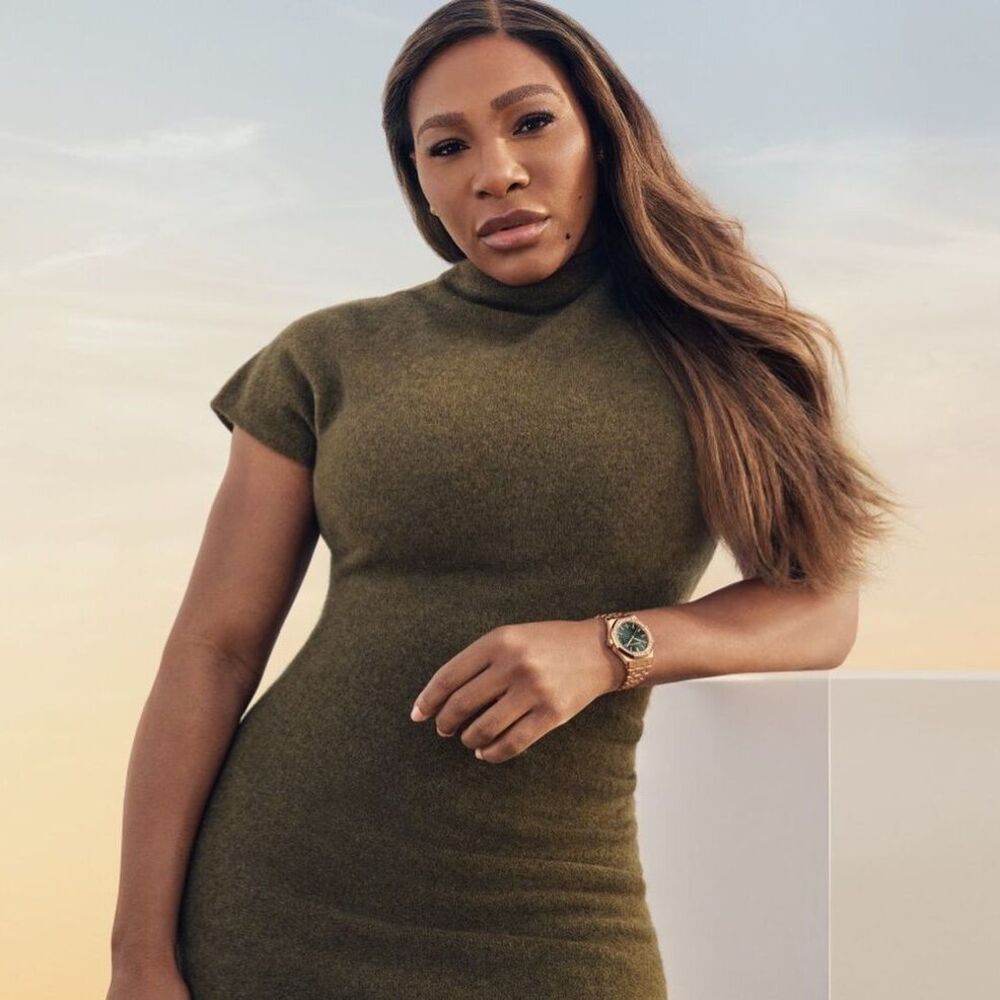 Serena Williams walks the Vogue World runway at New York Fashion Week, Jade Osiberu inks deal with Amazon, Gavi renews Barcelona contract. Stay in the know with our Rave News Digest which summarizes five of the hottest global news you need to catch up on, saving you time and energy. Consider it your daily news fix.

Newly retired Serena Williams scored major points while modeling a custom look at the Vogue World runway show at New York Fashion Week, which celebrated the magazine’s 130th anniversary. The tennis icon opened the show in a metallic Balenciaga tank dress, paired with a matching cape. As she walked down the cobble-stoned street that served as the catwalk, Williams was accompanied by four girls in white outfits holding tennis rackets.

A recording of her voice from an interview with NBC about her 2000 Wimbledon match played in the background as she strutted: “I want people to remember me as the girl who changed tennis or just was able to bring something new to the game.”

Nigerian director, writer, producer, and showrunner, Jade Osiberu — and her production company, Greoh Studios — will create and develop TV shows and movies exclusively for Prime Video in a three-year overall deal. The news comes as Osiberu’s highly anticipated movie “Gangs of Lagos” screens at the Toronto International Film Festival, ahead of its world premiere as the first Nigerian Original on Prime Video later this year.

Osiberu is the first talent in Africa to strike an overall or first-look development deal with Prime Video and Amazon Studios, joining an international line-up of talent with similar agreements, such as Phoebe Waller-Bridge, Jenny Han, and Priyanka Chopra.

Congratulations to the filmmaker.

3. South Africa: The SA leg of Justin Bieber’s World Tour has been canceled

It’s a sad day for Beliebers in South Africa after Big Concerts confirmed that the SA leg of Justin Bieber’s Justice World Tour has been canceled just days before the event. The American singer was expected to perform in Cape Town on September 28 and at FNB Stadium in Johannesburg on October 1. However, health issues have brought his tour to a halt. Big Concerts and AEG Presents shared a statement on social media assuring Beliebers that they would be fully refunded for their tickets.

“Big Concerts and AEG Presents regret to confirm that Justin Bieber’s Justice World Tour South African dates have been cancelled. All fans that purchased tickets from Ticketmaster will receive a full refund and will be contacted by Ticketmaster directly. Fans do not need to take any action. Please keep an eye on your inbox for further information. We wish Justin a speedy recovery and hope to see him back in SA in the future,” read the statement.

4. Disney is making a documentary on Nigerian boy whose ballet video went viral in 2020

Award-winning filmmakers, Matt Ogens and Kachi Benson will follow the journey of Anthony Madu as he leaves his community in Lagos to pursue a ballet career in a new country halfway across the world”. – Disney Original Documentary announces.

The Documentary is titled “Madu”. pic.twitter.com/jsSpoakMc4

Anthony Madu, the Nigerian boy who became popular after a video of him dancing barefoot in the rain went viral in 2020, is getting a feature documentary on Disney. Disney Original Documentary made the announcement at the D23 Expo where it unveiled its future projects. “Anthony comes from a community with limited opportunities, making this [a] chance of a lifetime to pursue his dream,” said Disney Original Documentary in a release. Serena Williams Vogue World

The upcoming documentary, titled “Madu,” captures the events that took place after a 44-second video of Anthony dancing in the rain was uploaded. Madu, who was 11 at the time, mesmerized many viewers across the world with his pirouettes and leaps. The video eventually fetched him a scholarship at the 100-year-old Elmhurst Ballet School in the U.K. Nigerian director Joel ‘Kachi Benson, who won the Venice Award in 2019 for his virtual reality documentary “Daughters of Chibok,” is directing the feature project alongside Oscar nominee Matt Ogens.

5. Barcelona tie Gavi down to new contract with a €1bn release clause

FC Barcelona on Wednesday confirmed that 18-year-old Pablo Martin Paez Gavira "Gavi" has agreed to a new contract that will keep him at the club until the end of June 2026. pic.twitter.com/Pznbnm4cN7

Barcelona star Gavi has signed a new contract that will tie him to the club until 2026, the Camp Nou club confirmed on Wednesday. The Catalan side had been trying to convince the 18-year-old midfielder to commit to a new deal for some time, as his previous one was set to expire at the end of the season.

Barca has released an official statement confirming that the Spain international’s new deal runs for four years and includes a release clause of a massive €1 billion (£866m/$1bn), making it a nigh impossible job for interested parties such as Liverpool and Manchester United to snap him up. Gavi will sign his new contract in front of the club’s fans at Barcelona’s stadium on Thursday evening, which will be followed by a speech from the player and president Joan Laporta.

The Most Rave-worthy Looks At The 2022 Primetime Emmy Awards