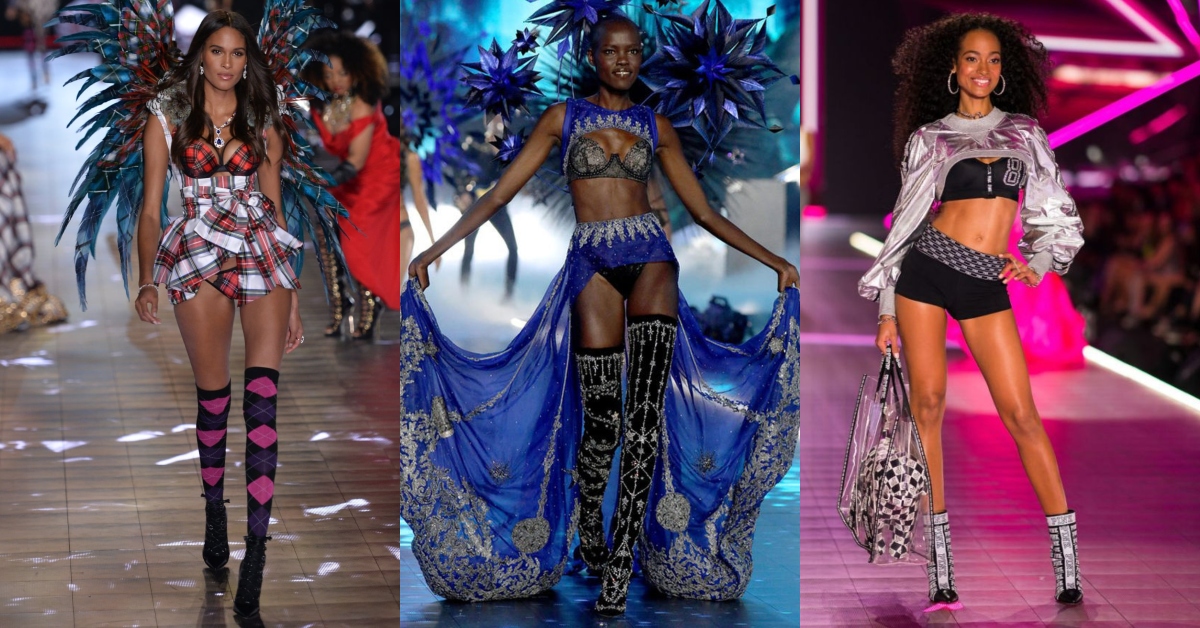 In early September we introduced 6 African Models that were confirmed for the 2018 Victoria’s Secret Show which held in New York on November 9. Ultimately, a total of eight models of African heritage ended up walking the iconic runway. From Grace Bol of South Sudan to Nigeria’s Mayowa Nicholas, we’ve compiled the list of the eight lucky ones.

In general, 22 black models got to share Victoria’s Secret and it was a beautiful sight because the show contributed to the growing narrative that women of colour are also beautiful and should be celebrated. As part of our efforts on promoting diversity and embracing what it means to be a woman of colour, we are celebrating the African models who walked the show.

Currently living in New York City, 28-year-old Sudanese born Grace Bol had her first breakthrough when she walked for Maison Margiela, Vivienne Westwood and Givenchy. She has since been featured in Vogue and has been featured in a host of other editorials. She was also confirmed as a VS Angel last year and was able to walk the Shangai show. This year makes it the second time she has walked the show.

20-year-old Mayowa Nicholas is on her way to being one of the most sought-after models in the world. The proud Nigerian who we’ve featured several times (Click here) finally walked the VS show after facing some complications back in 2017. The Nigerian supermodel shared the stage with the likes of Adriana Lima, Jasmine Tookes and other top models.

24-year-old Cindy Bruna is a beautiful mix of Italian and Congolese who first gained success in 2013. The Paris based 5’9″ tall model became the first model of colour to walk exclusively for Calvin Klein in 2012 and the third model of colour to be the face of a Prada campaign. Her first run with Victoria Secret came in 2013 and she went on to walk in the 2014 show as well.

Mélie Tiacoh is a mixed race beautiful brown skinned model signed to NEXT Management. The 5’9″ beauty who currently resides in the US is definitely coming up strong and being a VS Angel is a great step for her budding career.

Born in war-torn Sudan, Sabah Koj lived in Egypt for four years before migrating to Australia at the age of 7. She made the list of confirmed newbies for the VS show and she owned her look.

Aiden Curtiss is a second generation runway star in the making as daughter to the late YSL muse Katoucha Niane and designer Nigel Curtiss. Yes, she has a lot to live up to and already she’s on the rise working for brands like Stella McCartney, Mui Mui, Versace, Fendi and of course being a VS Angel.

Featured in the 2018 Pirelli Magazine as Alice in Wonderland and a regular face for the Fenty brand, Duckie Thot gained fame with her doll-like appearance. Although already a well known top model and an Australia’s Next Top Model alum, this year’s VS show marks her first time as an Angel.

22-year-old Tanzanian Model, Herieth Paul has worked for the likes of Armani, Lacoste, Calvin Klein and a host of others. Her mother being a diplomat was the reason why she moved to Ottawa, Ontario, Canada at age 14 and since then she has become a crossover superstar earning her VS wing in 2016.