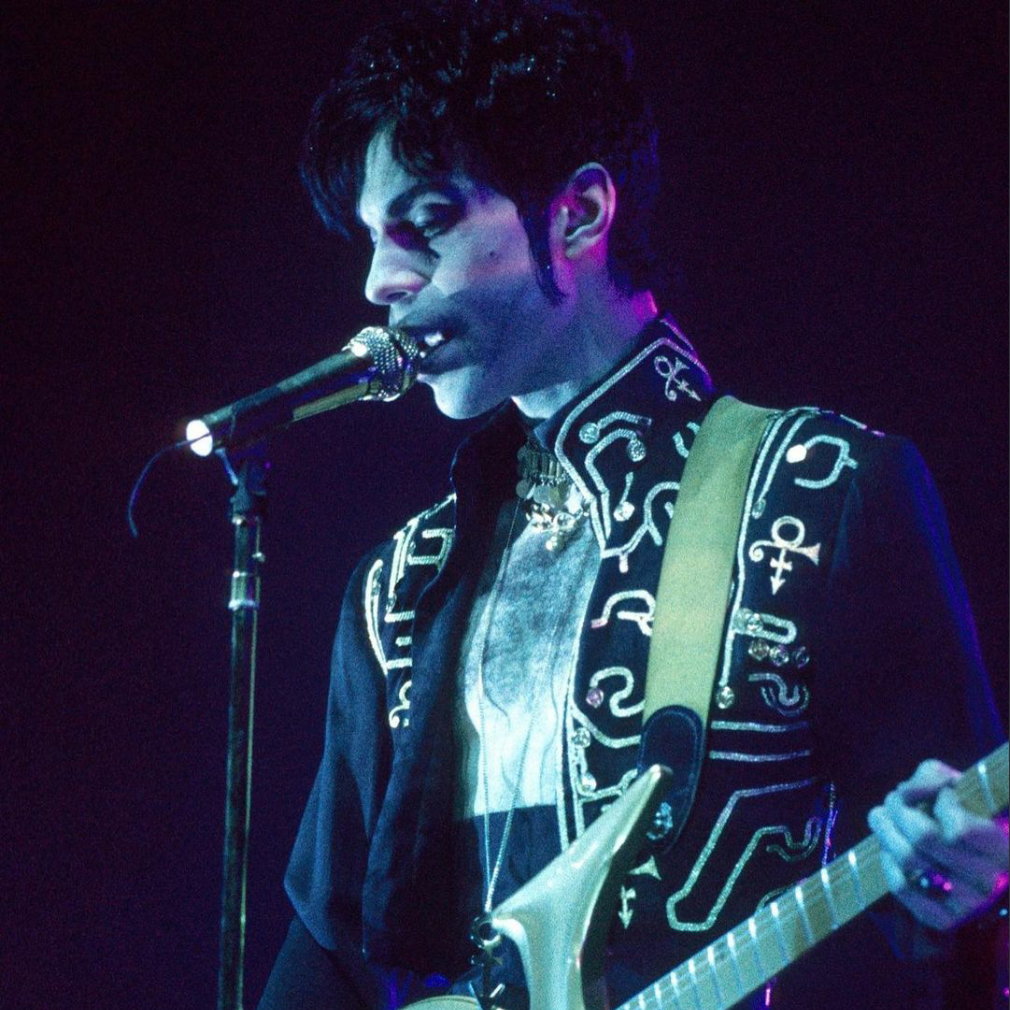 Prince’s 2016 death from an accidental fentanyl overdose at the age of 57 left a void for millions of adoring listeners worldwide. Yet as the singer once said: “Electric word, life / it means forever and that’s a mighty long time / But I’m here to tell you there’s something else / the afterworld.”

The past few years have indeed provided “a world of never ending happiness”—with new access to unreleased material from the singer’s legendary vault. Prince’s estate has curated several collections of unreleased demos and expanded versions of classic records, such as the eight-disc and DVD Sign o’ the Times (Super Deluxe Edition), released last year.

On July 30, his estate will release Welcome 2 America, an album Prince recorded in 2010 and then mysteriously shelved. And on July 9, Paisley Park, his longtime recording studio and home near Minneapolis, unveiled an exhibition of hundreds of pairs of the artist’s custom shoes.

“There is a very long horizon, and there’s tremendous amounts of exceedingly high-quality things to contemplate for release,” says Michael Howe, archivist for the estate. “From an artistic standpoint, there’s enough meat on the bones, so to speak, for many, many years.”

Here are what Prince’s associates revealed about his legacy…

Troy Carter, a former manager of Lady Gaga and John Legend, as well as the former global head of creative services at Spotify, now the estate’s entertainment adviser on his goal:

“I don’t look at Prince’s estate through the lens of commercialism,” he says. “This is about, how do we preserve the legacy of one of the most talented individuals to ever walk the planet?”

On the new album Welcome 2 America:

Recorded over a short period in 2010, Welcome 2 America’s 12 tracks (11 originals alongside a cover of Soul Asylum’s “Stand Up and B Strong”) were previously unreleased, although Prince performed a few of the songs live over the years. The record is a gorgeous romp through taut funk grooves and spaced-out R&B. Lyrics tackle several of Prince’s longstanding concerns: racism in the U.S., exploitation in the music industry and the seductive perils of technology.

Morris Hayes, who spent decades playing with Prince as part of his band The New Power Generation, and helped co-produce Welcome 2 America in 2010:

“Considering all the things that have happened with the George Floyd situation and what’s going on with what we found out from Snowden, how they’re using technology,” he says, “now is the time.”

Hayes on the track “Born 2 Die,” which was inspired by Prince watching interviews with the radical professor and activist Dr. Cornel West on YouTube:

Hayes recalled Prince telling him about one clip where West compared him unfavorably to Curtis Mayfield. “He said, ‘You know, brother Prince is great. But he’s no Curtis Mayfield.’” Prince, says Hayes, took this as a challenge. “Like, ‘Oh, really? We’ll see.’”

“Prince and I were brothers, man,” says West. “It was in jest because I was saying, I love my brother, Prince. He’s a genius. But he’s no Curtis Mayfield in terms of connecting the spiritual, the artistic and the political in a consistent way. I think that was probably what he was referring to in terms of the video. But we had one-on-one conversations about this all the time. Because as you know, I loved him very, very deeply and had profound respect for him.” “I think that ‘Born 2 Die’ would put a smile on Curtis Mayfield’s face from the grave, man,” West says.

Michael Howe, archivist for the estate on excavating Prince’s vault:

Though Howe declined to provide specific details about the scope, citing a “constellation of nondisclosure agreements” he signed with the estate, he described a tantalizing hoard of material “from all areas of Prince’s creative output,” including audio, video, clothing, photographs and more. “Use your wildest imagination,” he says, “and that’s probably close to the truth.” Prince welcome 2 america album

“You don’t have to spend a lot of time looking at Prince photographs to realize he wasn’t really an off-the-rack kind of guy,” he says. The exhibition includes iconic pairs such as those worn in the “Raspberry Beret” music video, and a pair painted with the Batman logo in commemoration of Prince’s hit soundtrack to the 1989 film. There’s also a pair of light-up roller skates—“If anybody was going to have a pair of shoes with light-up wheels, it would be Prince,” who was an avid roller skater, Maguire says—and a pair of custom platform flip-flops that he wore around the house.

On the estate’s power structure and legal battles:

There have not been any official decisions made about who will make decisions for the Prince Estate once the estate’s matters are settled. If things stay as they are, Primary Wave would be the single largest stakeholder; it does not have a majority share, however, and would likely have to make decisions about releases alongside Prince’s heirs.

Lawrence Mestel, Primary Wave founder on the plans for their investment:

“Once the estate is out of Probate Court, [Primary Wave] will enthusiastically work with all of Prince’s heirs to help create organic opportunities to enhance Prince’s unique legacy,” writes Mestel in an email.

“We don’t really interact with them,” says Carter. “They’re not involved in any sort of the entertainment adviser side of the business.” According to a person close to the matter, the stakeholders hope the Prince Estate will likely be settled before the end of the year. Both Primary Wave and the Prince Estate declined to comment. If that happens, fans will likely have nothing to fear from Primary Wave’s involvement.

On a possible hologram tour:

“We would defer to Prince’s heirs to make that creative decision,” Mestel writes. “We find it highly unlikely any of us would want to do a Prince Hologram.” Carter says that the Prince Estate would never condone such a tour, noting that Prince himself was opposed to them. “That whole virtual reality thing…it really is demonic,” Prince said in a 1998 Interview with Guitar World, more than a decade before the first holograms started appearing at major concerts. “And I am not a demon.”

5 Of The Greatest Rock Stars That Shaped Modern Fashion