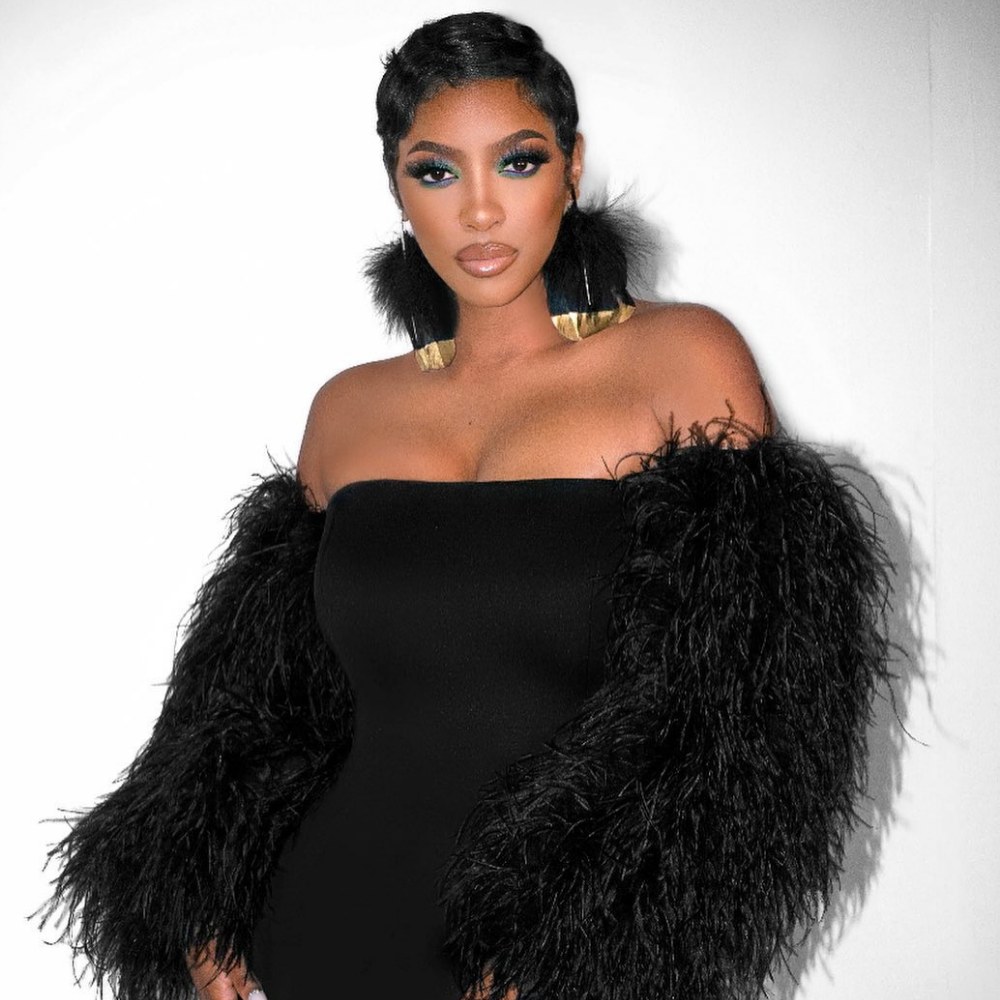 Real House Wives Of Atlanta star Porsha Williams is celebrating her 40th birthday today, June 22. The mother of one kicked off celebrations last week with a trip to Mexico with some friends and shared photos and videos on Instagram that screamed birthday behavior!  The media personality and businesswoman also had her fiancé, Simon Guobadia, on the trip.

We first met Porsha on RHOA as the proud housewife to NFL player Kordell Stewart. However, their love eventually went sour as Porsha expressed her desire to work and gain more independence. On the contrary, Stewart wanted her to remain a full-time housewife. Things escalated between the two, with Kordell ultimately filing for divorce. Porsha reportedly stated that she felt blindsided by Kordell’s divorce filing as she learned about it from social media, per US Weekly. They were married for two years.

Years after her divorce from Kordell, Porsha started dating entrepreneur Dennis McKinley. The duo had known each other for some time before they started dating. The two got engaged, broke up, and re-engaged after Dennis cheated on Porsha while pregnant. Porsha and Denis eventually called off the engagement and now co-parent their two-year-old daughter, Pilar Jhena McKinley.

In May 2021, Porsha went public with her relationship with Nigerian-American millionaire businessman Simon Guobadia. Simon is the founder and chief executive officer of SIMCOL Group – a holding company for several legal entities.

Simon was previously married to Falynn Guobadia, who has appeared a few times on the RHOA show. Falynn and Simon were married for two years before announcing their separation. However, the duo are yet to finalize their divorce.

Simon announced his engagement to Porsha in an Instagram post that read: “I asked her to marry me because we checked ALL of each other’s boxes, and then some,” he said. This came barely after a month of dating the reality TV star. In his post, Simon shared several photos of himself and Porsha looking happy and expectedly, a close-up shot of Porsha Williams’ massive emerald-cut engagement ring positioned atop a thin band featuring pavé diamonds. Porsha Williams is first seen slaying in a sleek pixie cut in the photos before showing off long flowing curly hair in the last slide. Porsha and Simon have not let critics of their unexpected romance stop them from expressing their love for each other on social media.

Porsha Williams is renowned for rocking a plethora of fierce hairstyles. We’ve seen her in wavy, ombre, pixie, straight, honey-blonde curls, jet black bobs…and everything in between. It is almost as though there is absolutely no hairstyle Porsha doesn’t look good in. Which arguably makes her the reigning queen of hair! We have curated 10 of the many times this black beauty gave us hair goals for your inspiration.