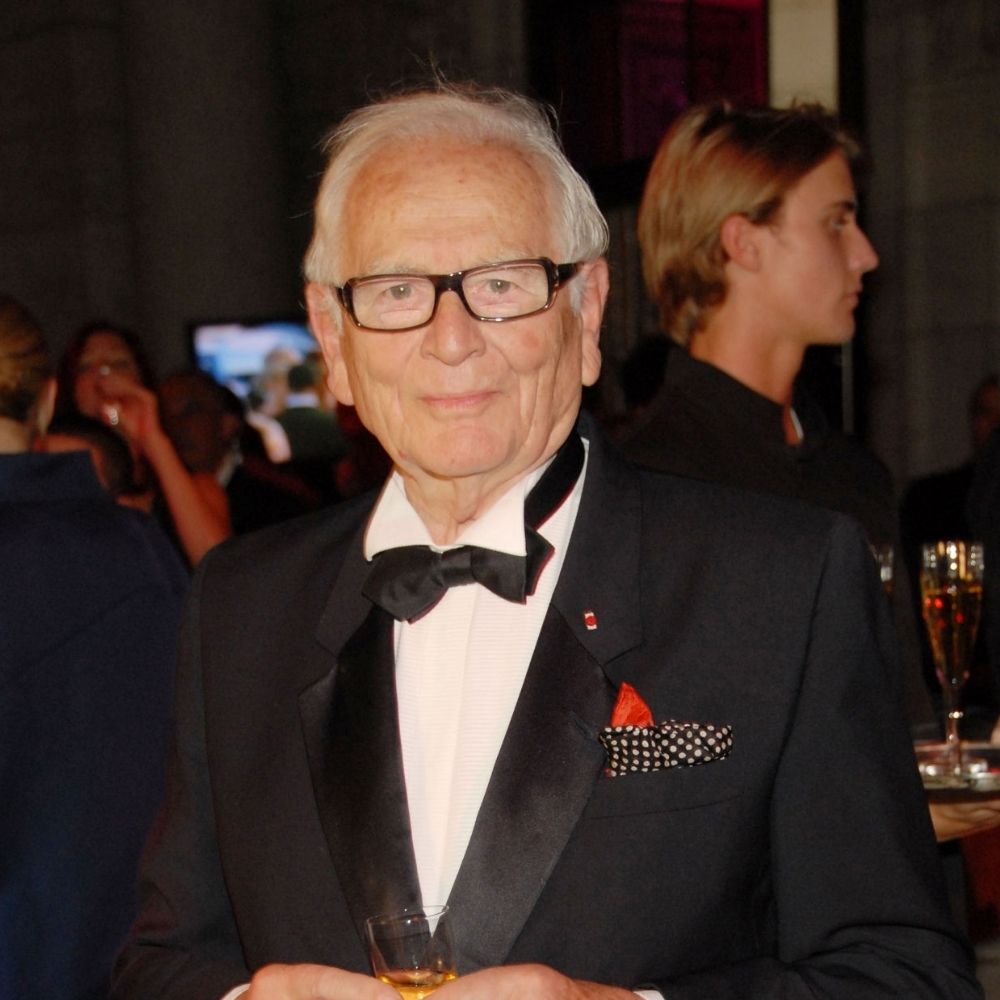 Pierre Cardin, the French designer whose famous name carved innumerable consumer products after his iconic Space Age styles shot him into the fashion stratosphere in the 1960s is dead. He died at a hospital in Neuilly, France on Tuesday, December 29. He was 98.

The Fine Arts Academy announced his death in a tweet on Tuesday. He had been among its illustrious members since 1992. The academy did not give a cause of death or say where or when Cardin died.

Pierre Cardin was known for his wildly inventive artistic mind tempered by a stiff dose of business sense. He had no problem acknowledging that he earned more from a necktie than from an haute-couture gown with a six-figure price tag. “I earn more from the sale of a necktie than from the sale of a million-franc dress. It’s counterintuitive, but the accounts prove it. In the end, it’s all about the numbers,” he said in a 1979 television interview.

Cardin was born on July 7, 1922, in San Biagio di Callalta, near Venice, Italy, to a modest, working-class family. When he was a child, the family moved to Saint Etienne in central France, where Cardin was schooled and became an apprentice to a tailor at age 14. From then, he never left the world of fashion.

He delivered his first collection in 1953. Success quickly followed, with the 1954 launch of the celebrated “bubble” dress, which put the label on the map.

A licensing trendsetter, Cardin’s name embossed thousands of products from wristwatches to bedsheets, and in the brand’s heyday in the 1970s and 1980s, goods bearing his fancy cursive signature were sold at some 100,000 outlets worldwide.

That number plunged dramatically in later years, as his products were increasingly regarded as cheaply made and his clothing — which, decades later, remained virtually unchanged from its 60s-era styles — felt unfashionable.

In his later life, with no heir apparent, Pierre Cardin dismantled much of his vast empire, selling dozens of his Chinese licenses to two local firms in 2009. Two years later, he told the Wall Street Journal that he’d be willing to sell his entire company, at that point including an estimated 500-600 licenses, for $1.4 billion.

Pierre Cardin may be gone, but his legacy lives on through his numerous works. Our condolences to the people he left behind.

In honor of Pierre Cardin’s legacy, here are some of his most iconic designs…