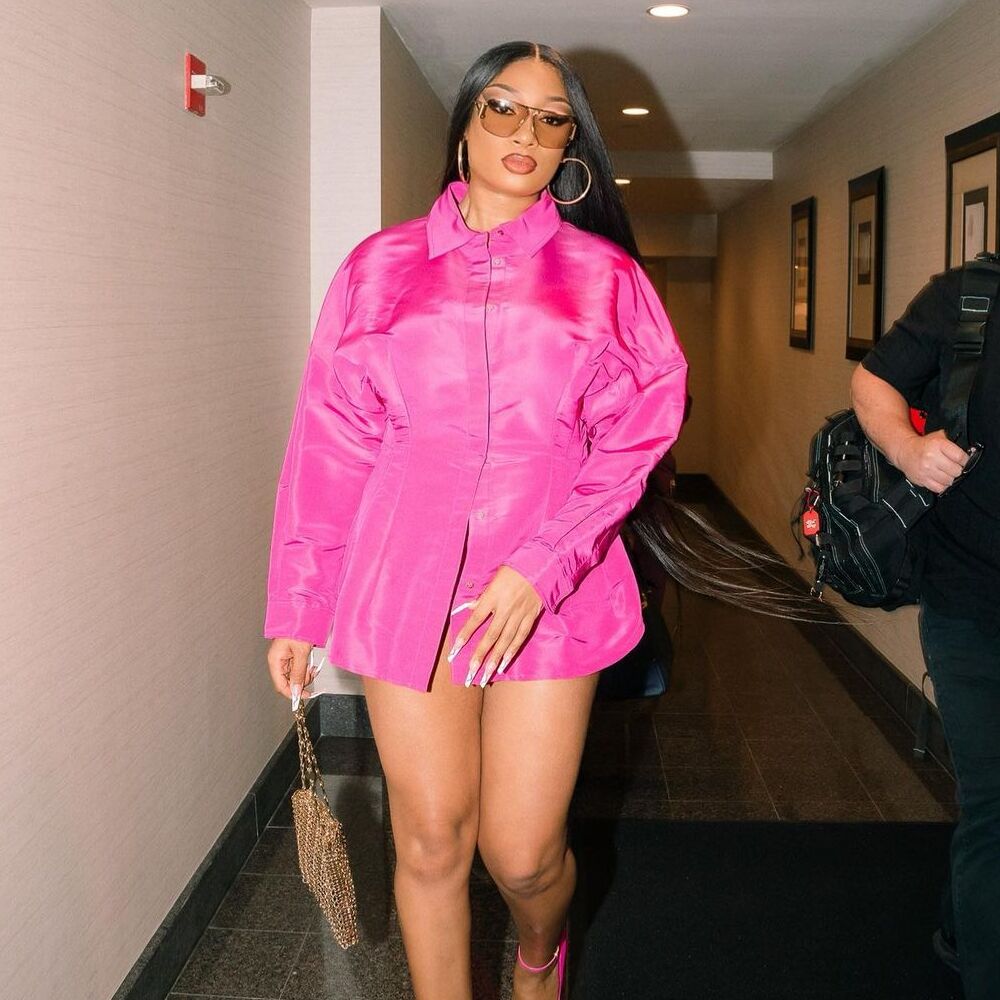 Megan Thee Stallion taking a break, Kizz Daniel to perform at world cup, Benzema wins Ballon D’Or. Stay in the know with our Rave News Digest, which summarizes five of the hottest global news you need to catch up on, saving you time and energy. Consider it your daily news fix.

Hotties im really sorry but after SNL I really gotta take a break I’m so tired, physically and emotionally

Megan Thee Stallion is taking a break to recoup after pulling double-duty as a host and musical guest on Saturday Night Live as well as recovering from her L.A. home being burglarized while she was in New York. The “Traumazine” rapper headed to her Twitter to share that she was going to be flying under the radar for a little bit. “Hotties im really sorry but after SNL I really gotta take a break I’m so tired, physically and emotionally,” she wrote.

On the matter of the burglary incident, reports say that between $300K-$400K of jewelry and other items were stolen from the 27-year-old’s property. Police shared that two men allegedly broke a glass door in the back of the home to gain entry on the night of October 13.

Kizz Daniel has enjoyed a successful 2022, with his single “Buga” becoming one of the biggest singles outside of the continent. After embarking on a successful Afroclassic Tour of the UK, US, Canada, and select African countries, Kizz Daniel is set to take “Buga” to the biggest event in the football world. The 2022 FIFA World Cup is set to hold in Qatar from Sunday, November 20 to Sunday, December 18, 2022.

AKA is planning to take legal action against his nemesis Cassper Nyovest. This comes after Cassper shared a photoshopped image of AKA holding his Billiato gin brand, announcing him as an ambassador. “Introducing the new brand ambassador for Billiato. Mix it with lemonade,” Cassper captioned the post.

AKA later took to his timeline to refute the claims with an official statement, saying he is “exploring his legal options” regarding the matter. “AKA enjoys a long-standing, successful and ground-breaking partnership with Cruz Vodka. The announcement is ill-considered and continues to violate AKA’s rights to have his likeness and image protected by law. AKA is exploring his legal options in this regard,” read the statement.

I'm actually watching a boxing fight in my beautiful mansion, you can Google it if you haven't seen it yet. Waiting for Wilder to fight. Why are you up this late my friend? https://t.co/adr8m19Pux

Cassper appeared unbothered when his followers asked him about the statement. “I’m actually watching a boxing fight in my beautiful mansion. You can Google it if you haven’t seen it yet. Waiting for Wilder to fight. Why are you up this late my friend?” he wrote.

4. Drake and The Weeknd to skip out on 2023 Grammy Award consideration

REPORT: Drake and The Weeknd still refuse to submit music for 2023 Grammy considerationhttps://t.co/kWmRw1VnuU

Drake and The Weeknd are refusing, yet again, to submit their music for Grammy award consideration. According to reports, both of the artists’ most recent solo musical projects were absent from the voting ballots after the Recording Academy opened up its first round of the nomination process for the 65th Annual Grammy Awards.

Neither Drake’s “Honestly, Nevermind” nor The Weeknd’s “Dawn FM” were submitted for the prestigious award, nor were their major solo hits “Sticky” and “Sacrifice.” The news comes after Silk Sonic, made up of Anderson .Paak and Bruno Mars, also announced that they would not be submitting their music for consideration for the 2023 Grammy Awards.

Drake has had a long-standing beef with the Grammy Awards and the Recording Academy after he skipped the 2017 show and criticized the academy for nominating his popular track “Hotline Bling” in rap categories despite saying it was a hit pop song. In 2021, he pulled his music from consideration after receiving nominations for “Certified Lover Boy” and “Way 2 Sexy.” The Weeknd also started his boycott of the Grammys in 2021 after not receiving any nod for his “After Hours” project.

Karim Benzema has been named Ballon d’Or winner for 2022, with the Real Madrid striker enjoying an incredible calendar year. The France international player enjoyed a remarkable 2021-22 campaign at Santiago Bernabeu, with a stunning 44-goal haul helping Los Blancos to La Liga and Champions League titles. The 34-year-old found the target on 27 occasions in the Spanish top flight last season and 15 times in European competition.

Benzema has been a revelation for Madrid, helping to fill the void created by Cristiano Ronaldo’s departure in 2018 while also taking on captaincy duties following Sergio Ramos’ move to Paris Saint-Germain. He has now been recognized as the world’s best by his peers, with competition from the likes of Mohamed Salah, Robert Lewandowski, Sadio Mane, Kylian Mbappe, and Erling Haaland proving not enough to stop the sportsman from landing the prestigious Golden Ball.

Congratulations to the footballer.