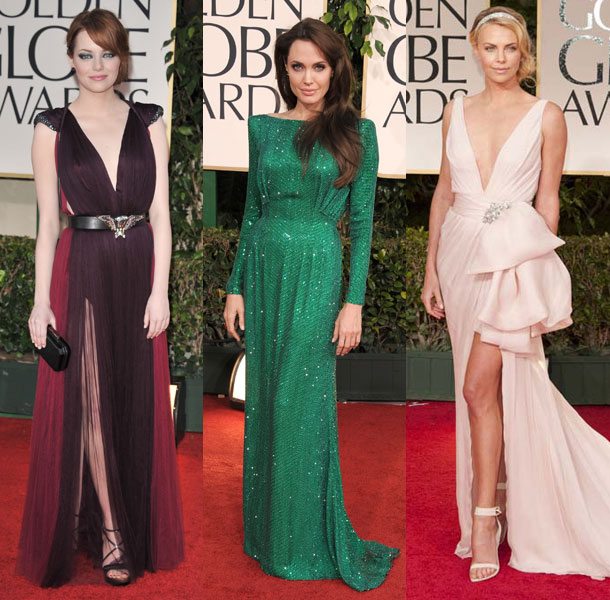 The Golden Globes is synonymous with A-listers, gorgeous designers gowns, sparkling diamonds and jewelry and most of all, flawless celebrities who make hours of fittings, styling, hair and make-up look effortless.

In light of the recently concluded Golden Globe Awards, here’s a tribute to all the celebrities and designers who stole our hearts with dresses that made it into our Best Dress List, who can forget Lupita‘s Ralph Lauren cape dress in 2014, or Queen Bey‘s Elie Saab frock in 09, Sofia Vegara‘s 2012 Vera Wang dress or Lady Gaga‘s dress last year. Here’s a countdown of the best Gloden Globes dresses within the past decade starting from 2007 till date.

“The 65th Golden Globe Awards, honoring the best in film and television of 2007, were scheduled to be presented by the Hollywood Foreign Press Association on January 13, 2008. However, due to the Writers Guild of America strike, the traditional awards ceremony did not take place; instead, the winners were announced at a news conference at 6:00 pm PST on that day” – Wikipedia