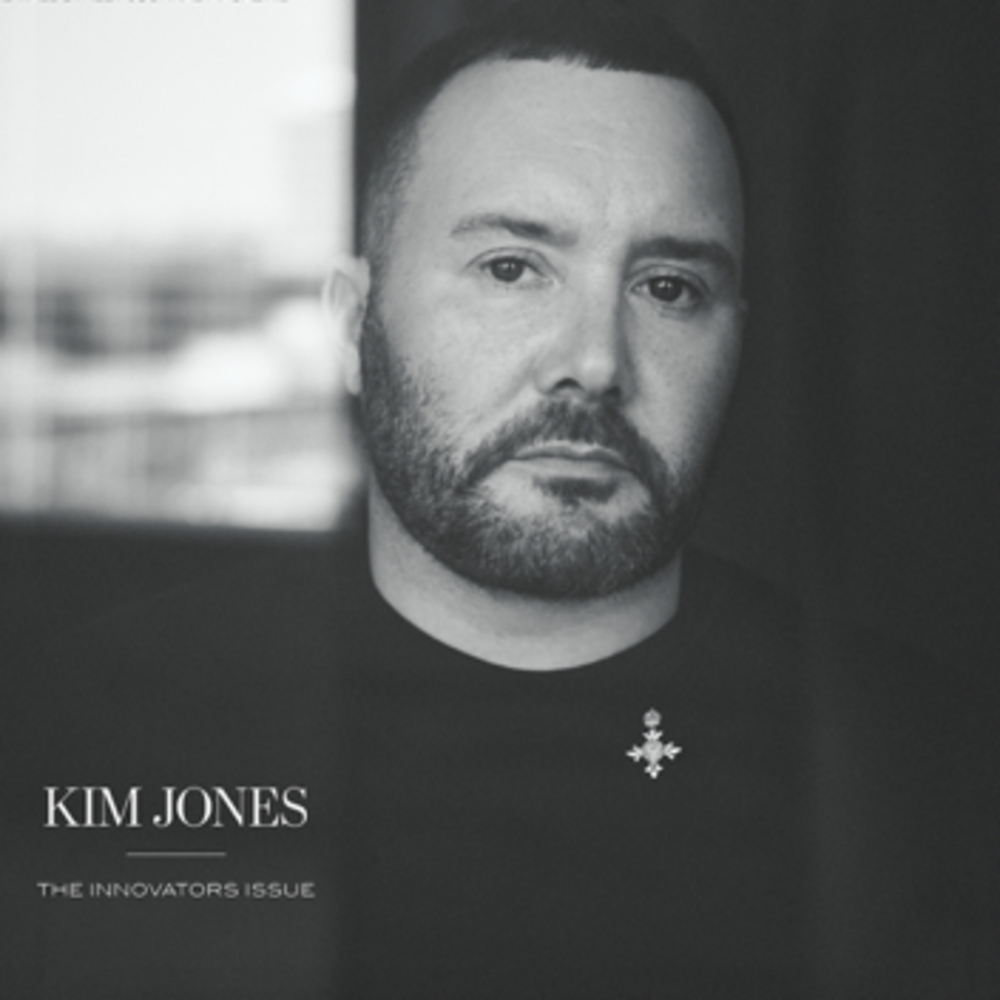 In the cover profile, written by Tim Blanks, Kim Jones talks Kim Kardashian West, his love of collaboration, and what inspires him most.

Here are some things Kim Jones revealed as he is awarded WSJ. Magazine’s Innovator Awards…

“All the designers I know who collaborate are very un-insecure…. When they see something they love, they work with the person, they don’t just take elements of it,” says Jones. “Collaboration is a really good way to work because it keeps you constantly inspired.

“There’s nothing about my ego involved—I don’t care if my name isn’t on anything. I’m not working for me, I’m working for the brands,” says Jones. “I don’t mind people knowing who I am and what I do from my work, but you don’t need it all the time, do you?”

Jones on the term streetwear:

As a fashion genre, streetwear has grown to commercial dominance, but it’s a phrase that Jones, an emphatic anti-snob, gets satisfaction out of subverting. “I hate the term streetwear,” he says. “It’s not a term that I find interesting at all. You can wear couture in the street if you want.”

“I have contracts with Dior and Fendi, but Versace is a brand that everyone loves, and I don’t think people realize how amazing it is,” he says now. One night, Jones stopped by the Versace apartment on Via Gesù in Milan with Venturini Fendi and her daughter, the jewelry designer Delfina Delettrez. “Look at the creative directors who are women—it’s [Silvia, Donatella] and Miuccia [Prada] who are the pinnacle,” says Jones. “You have to give them credit. These jobs are tough. I think for a woman, it’s probably even harder.” And thus, a plot was hatched, resulting in a double-header: Donatella Versace designing for Fendi and Jones and Venturini Fendi designing for Versace.

“I have a no-asshole policy in my life where I don’t have the energy for working and doing things with people I don’t want to be with,” says Kardashian West, “and this was the most easy, joyous, just fun. We vibed. If I had one word, I’d say seamless.” It helped that she recognized a kindred spirit. “He’s one of the hardest-working people I’ve met, laser-focused on everything he does.”

Jones on fittings with Kardashian West:

Jones had just finished filming the Fendi couture show over two 18–20-hour days, plus additional prep days, and he was also coming off the intensity of his recent Dior Men presentation. “I was a bit tired when I got to the fittings with [Kim],” he says, “and she had that severe L.A. jet lag…. So we were both, ‘Let’s do this.’ That’s how you’ve got to do it. When you’re there for a moment in time, you’ve just got to make the most out of it.”

“I’ve seen so many times people who are not used to going into overdrive like that. You can tell the difference [with] people who are really super-successful and the sacrifices they make.”

Demi Moore, who Jones chose to open the Fendi couture show in January and followed that coup with a cover of the issue of Vogue Italia that Jones guest-edited:

“I felt like the kid in the candy store,” says Moore. In the show, she wore a Virginia Woolf–inspired black satin suit, which was styled daringly off the shoulder. “I was just wanting to be inside the character of what we were sharing, because I think…it was never really just about the clothes,” says Moore. “With Kim…you know what he values and you know who he is and what he’s doing, but there isn’t an arrogance. There’s an openness.”

Jones on taking up the reigns at Fendi after Karl Lagerfeld:

“You can’t go into a company that’s had a creative director for 54 years and just carry on with what they did. That’s not right,” says Jones. “As much as you respect and love Karl Lagerfeld, it’s a different time in the world. I’m working out exactly how [Fendi] moves forward, and I’m doing that with Silvia.”

“Each thing I do, I look at as a different thing. As long as there’s a thread to the DNA of the house, that’s the main priority for me,” says Jones, who says he prefers hands-on research in the archives to using Google. “Dior is the house with the legacy of a designer. At Fendi, the family still exists. Silvia has to  be happy. They may not own the company,  but it’s her name. It’s easy because she  says, ‘No, I don’t like it,’ and I say, ‘Fine.  I’m not precious about things. I just get on with it.’

Jones on the politics between the fashion houses he works for:

Jones acknowledges that his biggest challenge is the politics between houses. “I knew that would be the case so I deal with it,” he says, pointing out that he has strong internal support. “I like doing two things; you bounce ideas off both of them. I like the fact I work within different contexts in each one.”

She saw at firsthand “the heartbreaking pressure, the talent bled dry” that caused her closest designer friends to burn out as their obligations surged. But she feels Jones is different. “He’s really good at knowing his worth…. And he’s really good at saying, ‘No, I’m not doing that.’ He’s knowledgeable enough that when he came into the game, he didn’t get swept away by the glamour or the offers. He knows what the business is.”

And, Moss adds, “He has to know his limitations…. The pandemic gave him reflection on what he can and can’t do.”

Jones on his critics:

“People say I’m a bad designer; I get lots of horrible stuff,” he says. “I’ve given up worrying about it…. One of the joys of getting older is you don’t care about those things so much. Each time you do a collection it gets better or it sells more or people want it more, and that’s my answer to what really matters.

“I know that people are buying [my designs],” he says. “And they’re the people I care about the most.” Kim Jones