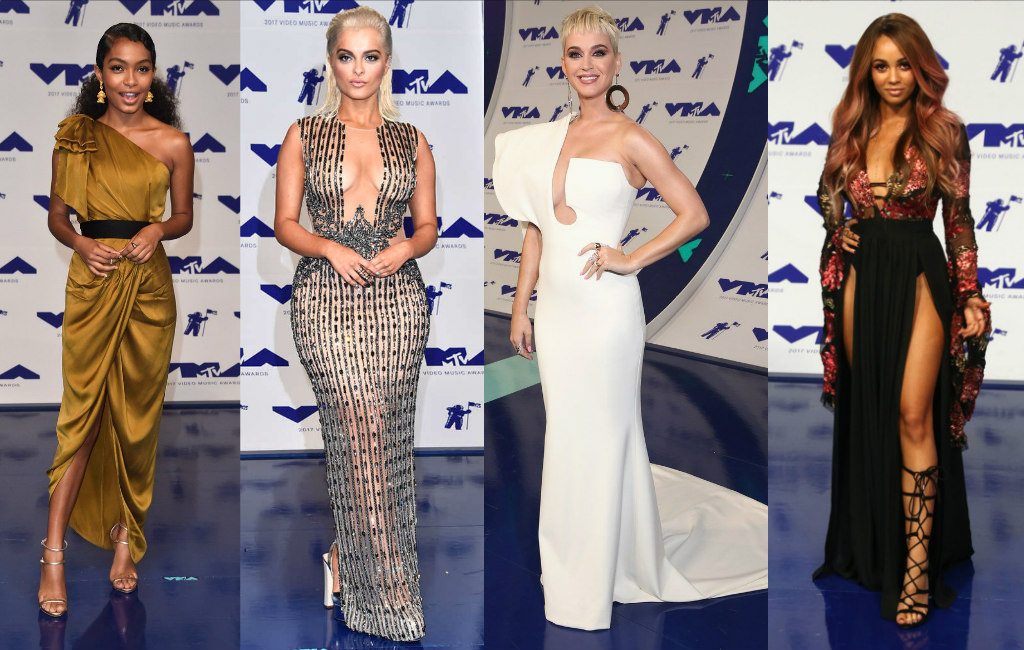 The 2017 MTV Video Music Awards was held over the weekend on Sunday, 27th August 2017 at The Forum in Inglewood, California to honour music videos released between June 25, 2016, and June 23, 2017. This year the 34th annual award show was hosted by talented female pop singer, Katy Perry.  One of the major highlights of the evening was the premiere of the music video for Taylor Swift’s new Song “Look What You Made Me Do”.

The red carpet was L-I-T! All sorts of the glamour, glitz and colourful ensembles were spotted on the red carpet. The stars came out to play with style! Some were clad in the trendy designs while others went for the boldest and most daring ensembles by their favourite designers. From the A-list stars to MTV reality stars to industry regulars, the stars and socialites turned heads with their creative wardrobe choices.