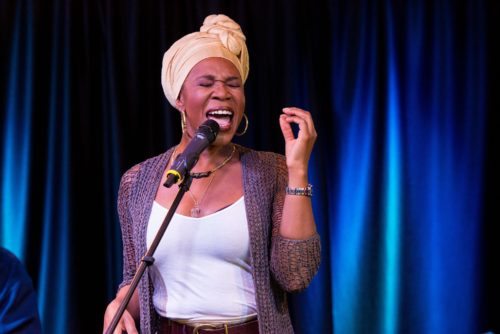 Grammy Award-winning singer, songwriter, and poet, India Arie has just confirmed that she will be in Nigeria for the fifth edition of the “Sax Appeal” concert set to hold in June.

According to the organization team, India Arie’s concert will also feature Nigeria’s Praiz and Timi Dakolo while founder, Mike Aremu will be the show’s host. The soulful singer has sold over 3.3 million records in the US and 10 million worldwide. She has won four Grammy Awards from her 21 nominations, including Best R&B Album.

India was born in Denver, Colorado, the daughter of Joyce and Ralph Simpson. Her musical skills were encouraged by both parents in her younger years. Arie released her debut album Acoustic Soul on March 27, 2001. The album was met with positive reviews and commercial success.