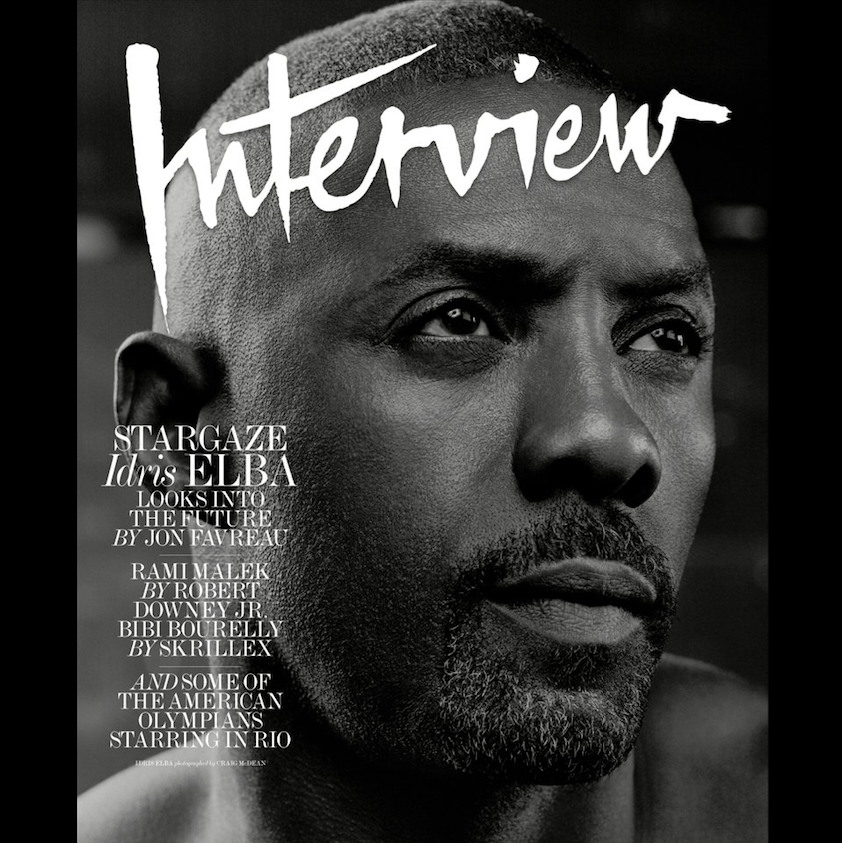 How Tiwa Savage and Jennifer Obayuwana Styled Their Self Portrait Skirt | Get the Look!

Arguably one of the sexiest men alive, Idris Elba is at the top of his game right now. From his acting career, to on and off fling with music, there’s a reason why ladies love, love Idris. He puts extreme confidence into anything he does.

Idris Elba makes an appearance on the cover of Interview’s August issue. Inside the magazine, he opens up to his friend and director of The Jungle Book, Jon Favreau, on his past career as a DJ, playing a cowboy in his upcoming project, and a random meeting with Ben Affleck at a party.

Here’s what Idris Elba had to say in his interview…

On playing a cowboy in The Dark Tower: “I’ve always wanted to try the whole cowboy feel and look, so when I took this role, I was wondering, ‘Are we going to bring that to life in this character? Is he a real cowboy?’

And the answer was no. We had to reinvent that a little bit because the world — it’s quite a fantastical world and we aren’t making a Western. But there are definitely some characteristics from those great cowboy movies, the Sergio Leone movies and all. I was definitely drawn to it. I’ve got two smoking guns that just look incredible, and I love to pull them out whenever I can.”

On his passion for DJ’ing: “What happened was, once I got The Wire, my life changed. I couldn’t DJ as much and I couldn’t take it seriously because my career as an actor was just getting to a place where I was finally making it in America. I wanted to be on American TV so much. I didn’t park DJ’ing; I just sort of ended up becoming more of a studio guy. I had a bit more money and I could buy every little piece of equipment and drum machine that had just come out — I’ve got quite a collection now — and I continued to collect music.

Then about five years ago, my career blossomed, but I really missed being out on the road, DJ’ing. So I started picking up gigs here and there, and what occurred to me really quickly was that I was going to water down my passion for DJ’ing, because the type of gigs I was getting were celebrity DJ work, and that just didn’t sit right. So I made a decision about five years ago to really do it properly, to do it at that level I had never done it, but take it seriously and not ride the coattails of being an actor. It took a while because I had to take my time to introduce myself into that world: doing remixes, being taken seriously.”

On balancing his career and personal life: “It’s unhealthy to have that much going on. I don’t want to sound ungrateful or anything, but I sleep less, I’m constantly thinking, I’m constantly multitasking, and I really don’t know what the effects are going to be when I’m older. I don’t ever stop. Not because I’m greedy or anything, but I’m always creating, debating with the part of my brain that is dormant. Wondering how I can move in and create a bit more space and take a bit more time. But it’s almost like the more I achieve, the more capacity I have to achieve. I do worry sometimes about whether I’m going to burn out. Not burn myself out, but burn my art out, with audiences going, ‘Ah, yeah, I’ve seen enough now, thanks very much.'”

On meeting Ben Affleck at a party: “I’d had a bit to drink, and I was super excited to see him. And the reason why I’m excited to see Ben is that Ben is an actor who can direct. And I’ve sort of been in development to direct my first feature film. I’ve done a couple of music videos and a couple of shorts, and I’m going into that world of the feature. And I say to Ben, [slurring] ‘Oh Ben, hey, man. Bro, can you tell me … I just, like, I think you’re incredible.’ I’m like, ‘I’m so interested in that transition. You’re an actor, and you’re directing, and I want to know what you had to go through and how you’re getting people …’ And at the time, he was like, ‘Idris, just call me.’ I didn’t call him ever.”

On what he thinks makes a strong director: “The most important thing, which I always look for, is their 360 vision of their film. By 360, I mean every moment has been imagined once or twice, if not 50,000 times, within their heads, from performance to art direction and whatnot. But I think the common denominator is that everyone really understands you. Some directors hand over portions of their movie to their head of department to the point where it’s like, ‘I’m not going to talk to you about the costumes, but I’m going to let you talk to the expert.’ 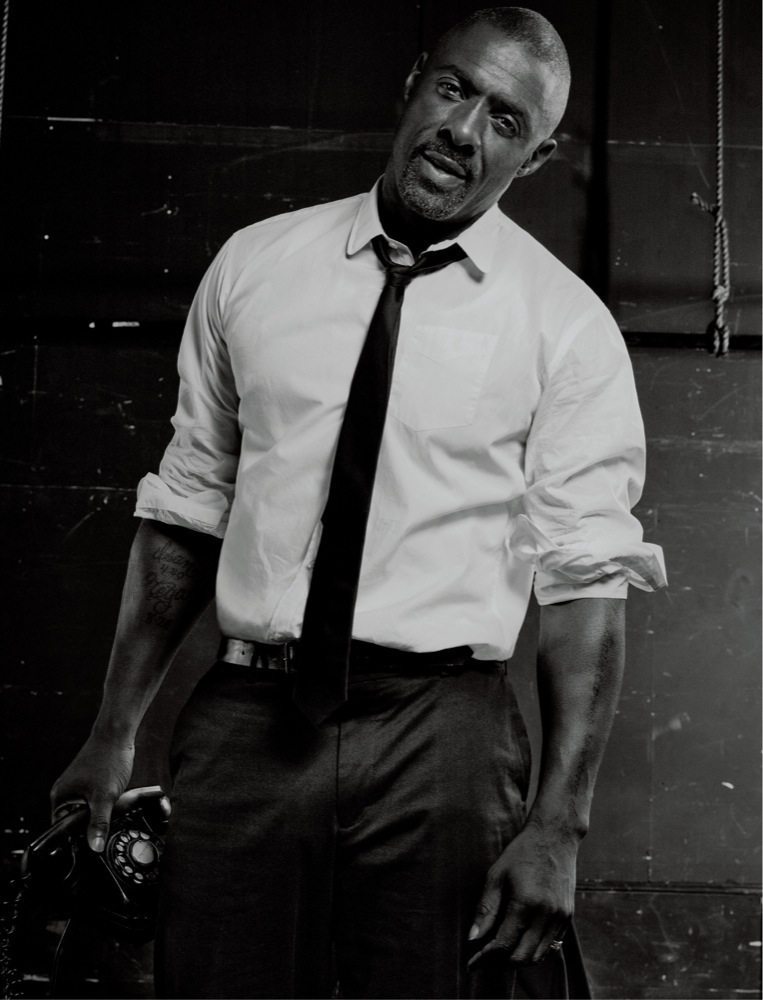 Rather than, ‘You want to talk stitching, let’s talk stitching. Do you want to talk grade of the leather? Let’s.’ The directors [who know every detail] make films that are complete, basically. You’re directing a movie, but you are at the head of a ship of people, a whole fleet of people. And being able to manage that — being able to handle yourself as a director being a leader — that’s massively important.” 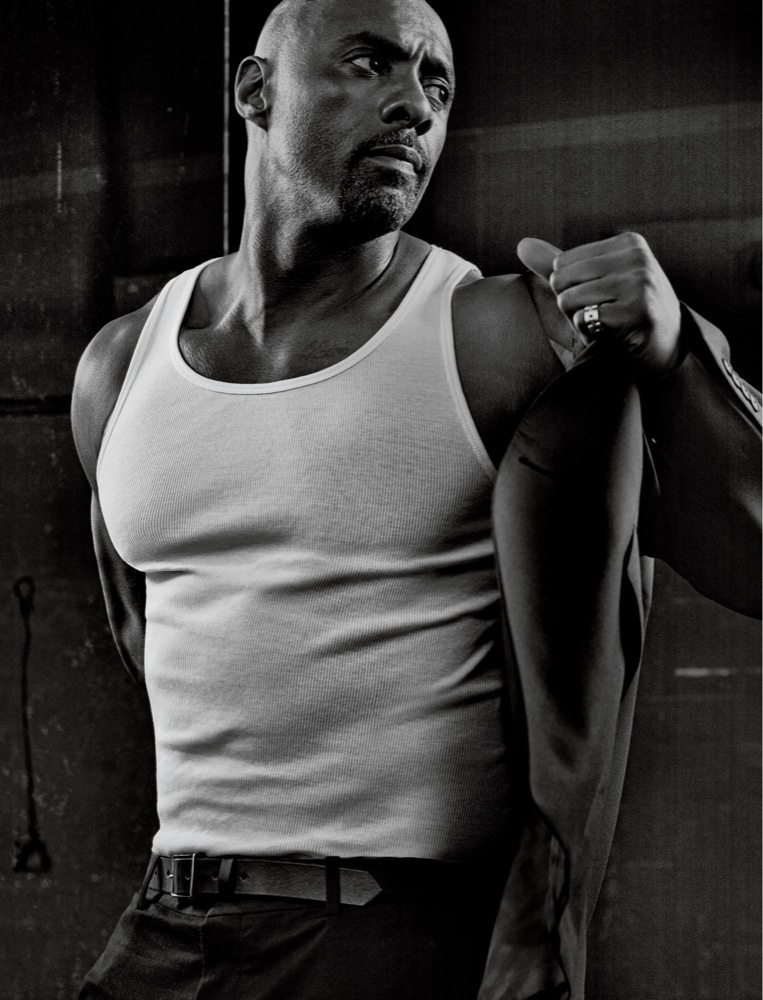 How Tiwa Savage and Jennifer Obayuwana Styled Their Self Portrait Skirt | Get the Look!