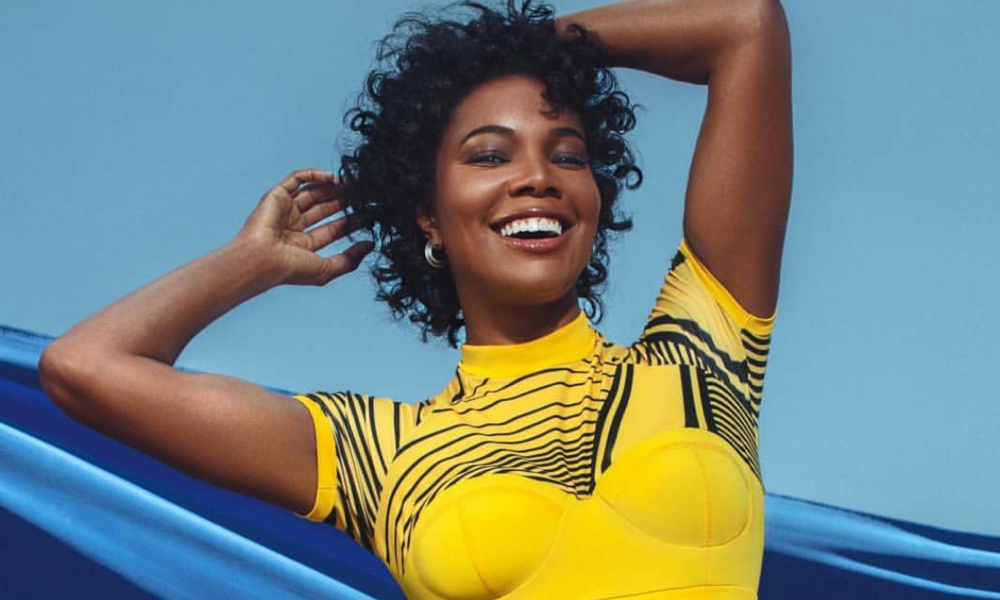 American actress, Gabrielle Union-Wade is as gorgeous as ever as she covers the October Issue of Women’s Health magazine. Inside, the 47-year-old discusses what true strength is, the wholesomeness that is peace of mind, and showing up through hardship. Gabrielle Union natural hair picture.

Gabrielle has always been very open with her past experiences of rape, infertility, and the PTSD that comes from all that. She detailed these in her book, We’re Going to Need More Wine. Hollywood celebrity news today. 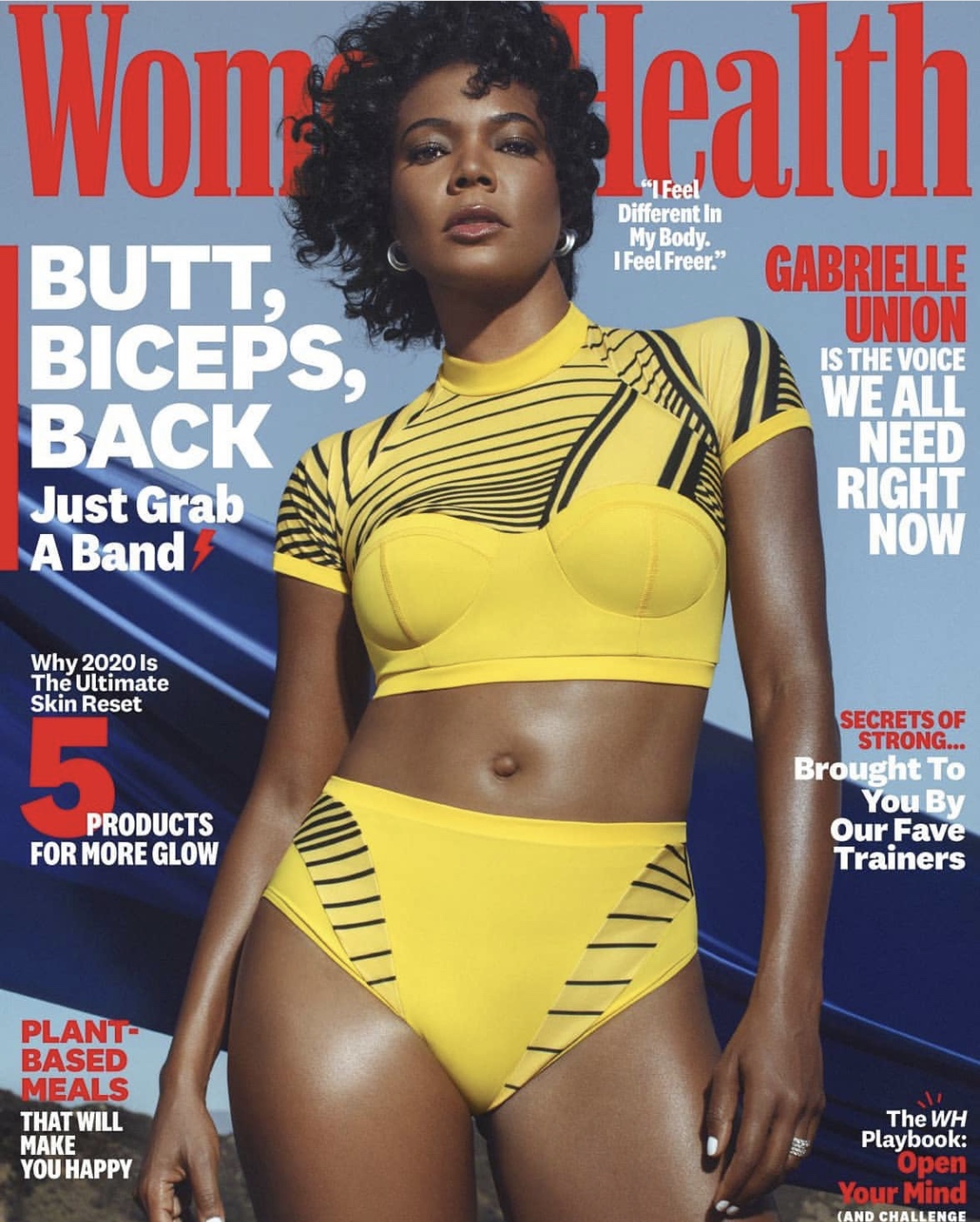 Gabrielle revealed to Women’s Health that her PTSD has been in ‘overdrive’ due to the pandemic and ‘racial reckoning’. According to her, “the combination of the pandemic and this racial reckoning, alongside being inundated with [images of] the brutalization of Black bodies, has sent my PTSD into overdrive,” she tells the magazine. “There’s just terror in my body.” Gabrielle Union natural hair picture.

To date, she says she has certain anxiety to go into stores because of the triggers and PTSD that results from this. In 1992, when Gabrielle was just 19, she was raped at gunpoint in the back of the Payless store where she worked.

“I am grateful I was raped in an affluent neighborhood with an underworked police department. And an underutilized rape crisis center,” she writes. “The fact that one can be grateful for such things is goddamn ridiculous.”

To deal with this, she has to rationalize the stores she visits, looking out for stores with a good number of potential witnesses.

#2. As she seeks justice, she also seeks therapy

And she has sought justice for years now, not just for herself––she has been an advocate for rape survivors, especially seeing the positive response she received from the police.

Talking about this, she said, “… I have spent time lobbying Congress and state legislatures about the treatment of rape victims. I’ve seen the worst-case scenarios, and they are devastating. Now, I can appreciate the care with which I was handled. Now, I know it rarely happens that way. And it really rarely happens that way for Black women.” 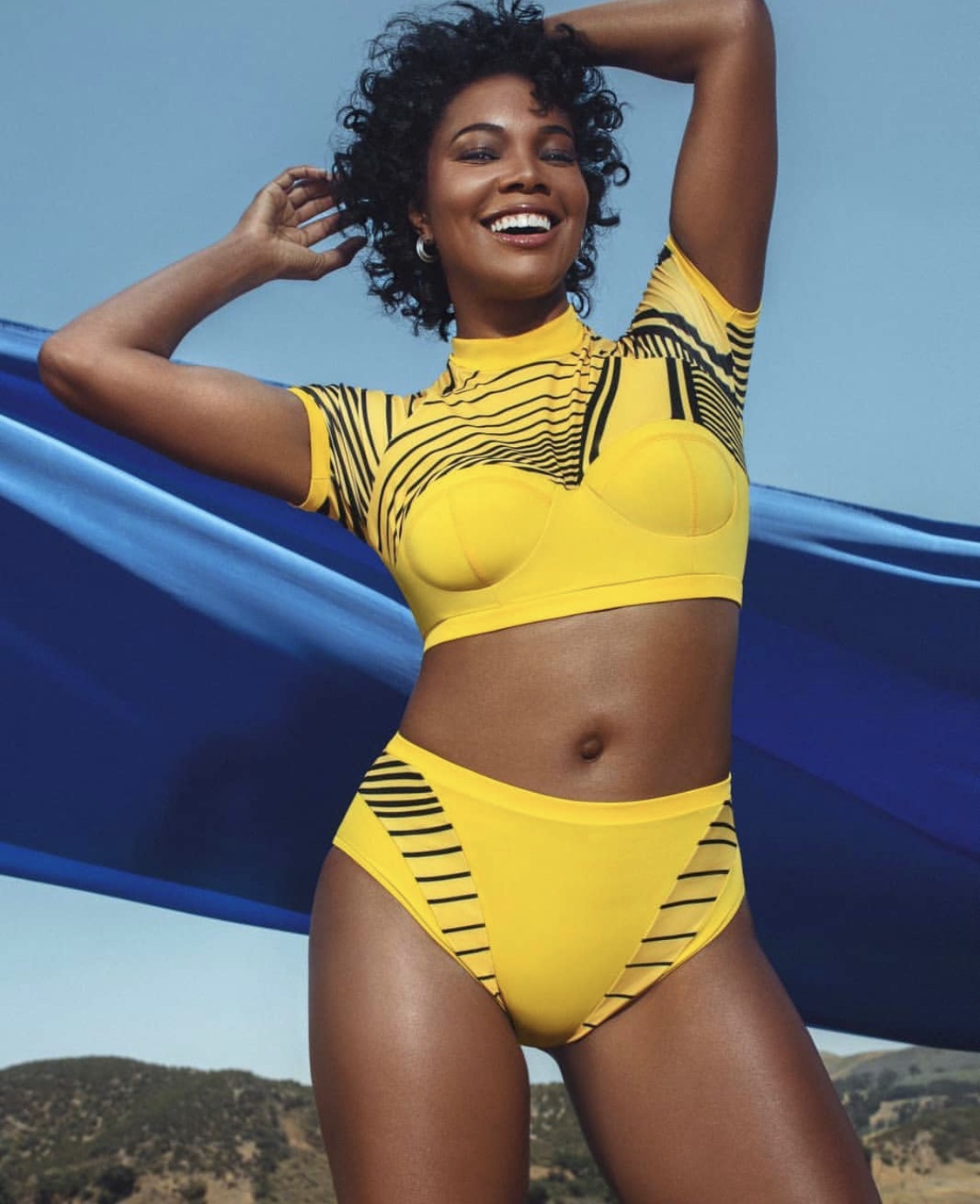 And this is the reality of being a Black woman in America. Justice is a rarity and Black women are left to heal from these situations anyway they can. For Gabrielle that has been therapy, something she says she’s been doing since she was raped.

Being a proud Black feminist, Gabrielle holds this truth; “we’re not free until everyone is free.” It’s why she’s not exactly enamored by all the appearances of change in Hollywood and in fact, other industries. For all marginalized folks, her belief is that creating top positions is the only way to ensure that this change is actual and not just superficial. She has been purposeful about including Black folks in every aspect of her professional life. Gabrielle Union natural hair picture.

As Gabrielle reflected on her new home outside of LA, which brings her much closer to nature and surrounded by animals like mice, birds, and even bees, she’s shared a small epiphany. “I think I was brought to this home for a reason. Finding that peaceful balance with nature, and understanding that we moved into their space,” she says.

Satin Fabrics Are Opulently On Point This Season! See 26 Sleek Ways To Rock Them

Does The Biological Clock Really Affect The Woman’s Fertility?

How To Pick The Perfect Short Hairstyle That’s Absolutely You: 19 Looks + Styling Tips!