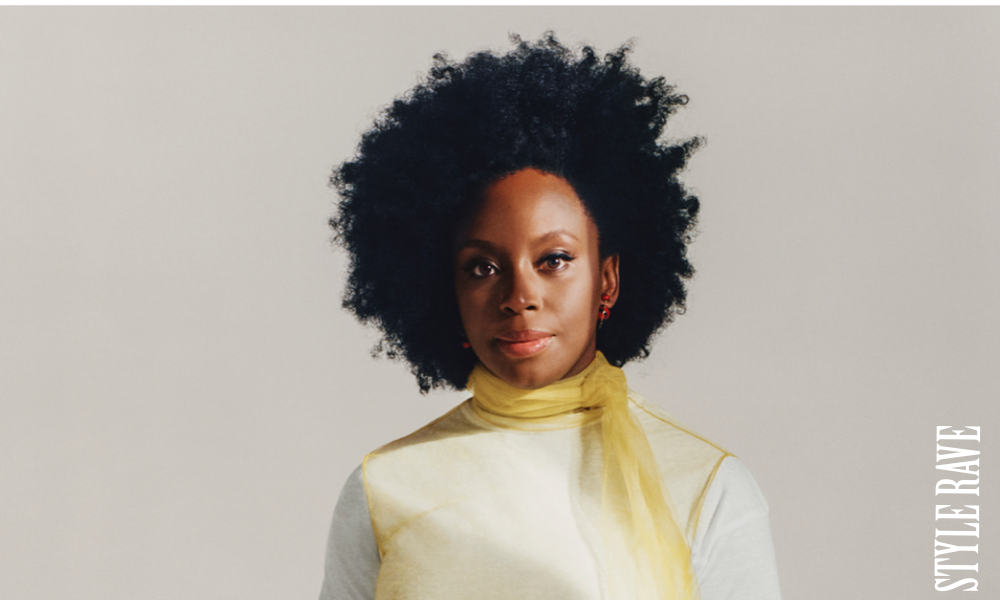 Nigerian-American writer, Chimamanda Ngozi Adichie, turns 43 today, September 15. Chimamanda has had a career full of awards and recognition for her extraordinary contribution to African literature and global literature at large.

Born in the university town of Nsukka, in Enugu State in Nigeria to lecturer parents, as the fifth of six children, it seems writing was an early passion of hers. So while studying Medicine and Pharmacy at the University of Nigeria, Nsukka she also edited The Compass magazine, a publication run by the university’s Catholic medical students. 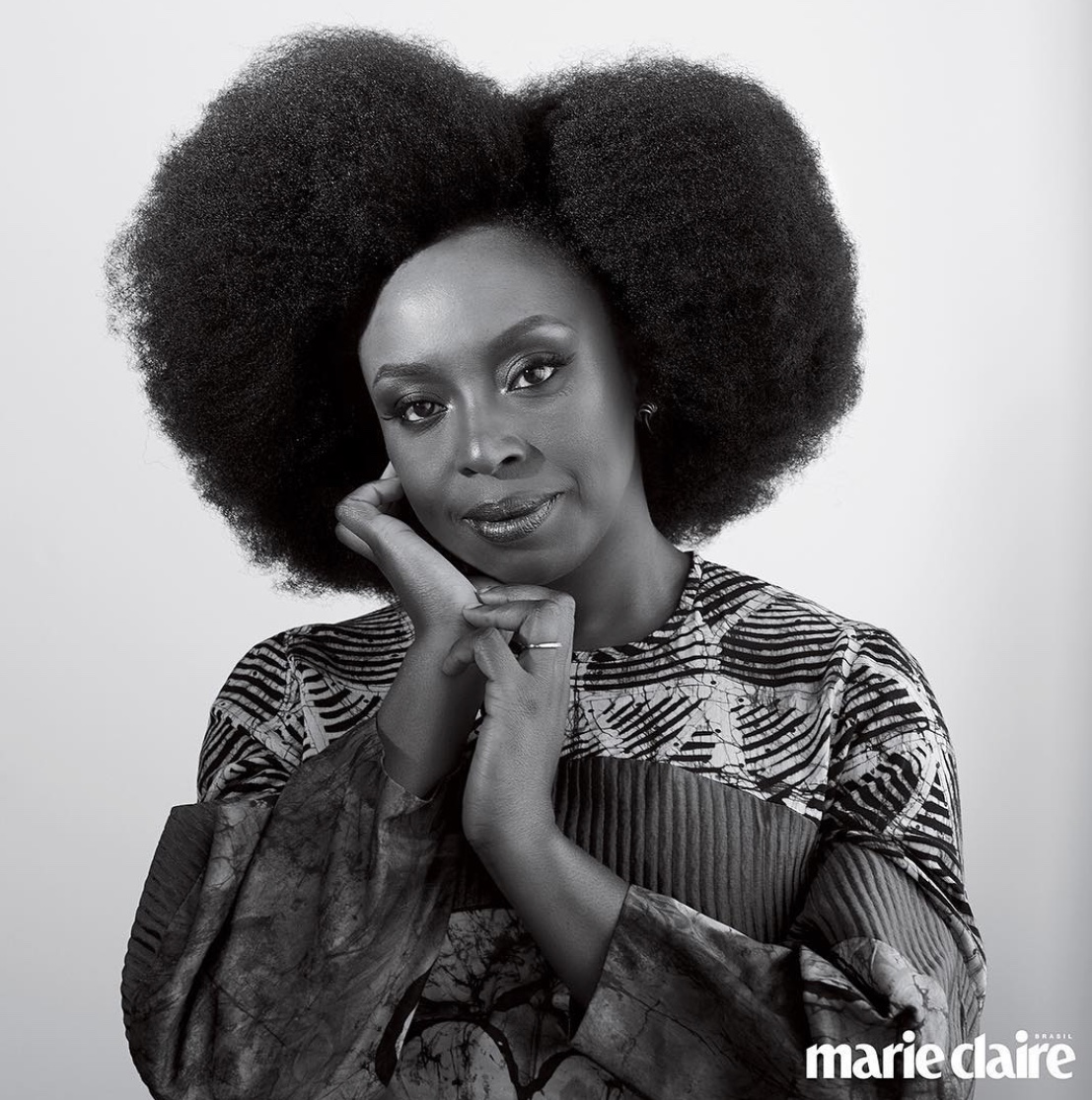 Inspired by the late Prof. Chinua’s Achebe’s novel, Things Fall Apart when she was just 10, Chimamanda went on to write her first publication, Decisions, a collection of short poems that she published in 1997. Chimamanda Adichie Outfits

In 2003, she wrote her first novel, Purple Hibiscus to wide critical acclaim, including the Commonwealth Writers Award for Best First Book in 2005. Her second book, Half of a Yellow Sun (2006) was adapted in 2014 to a movie of the same name. That same year, Chimamanda delivered a Ted Talk titled We should All be Feminist which was later adapted into a short book. Chimamanda Adichie Outfits

The now-famous novelist has published a good number of poetry and short story collections as well as novels including Americanah, bringing home a plethora of awards. Adichie’s stories strongly explore themes in feminism especially in the African society. She’s also focused on under-representation of other cultures in comparison with Western cultures like the American culture that she has now come to know and live in. She expressed this very notion in her 2009 TED talk titled “The Danger of a Single Story.”

Chimamanda is married to Nigerian-American Doctor, Dr. Ivara Esege and their union is blessed with a daughter. Chimamanda Adichie Outfits 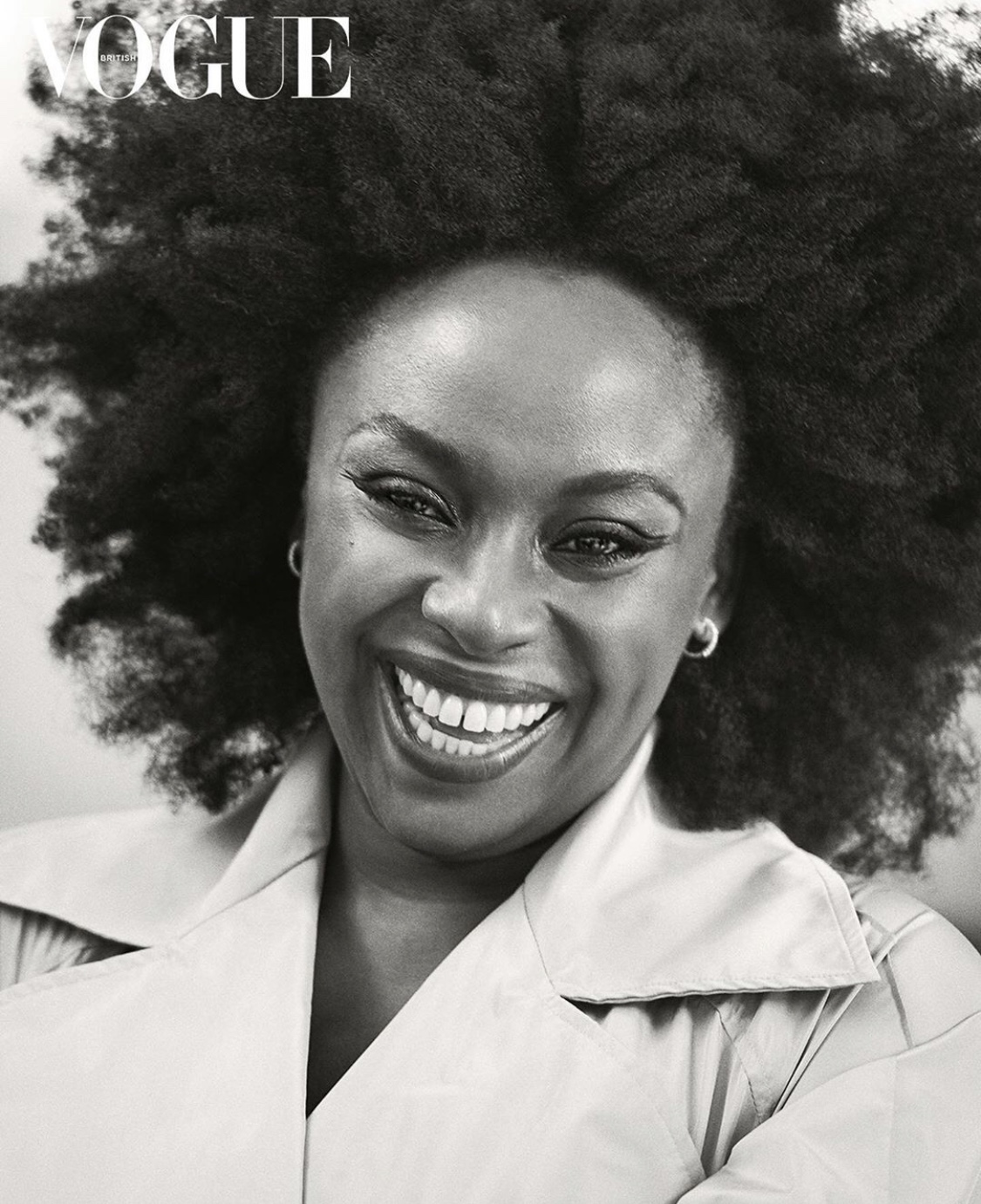 As though she hasn’t already worn enough admirations from us, the talented writer is also very fashionable. With her signature huge Afros and bun hairstyles, as well as her array of eccentric outfits, Chimamanda is evidently a lover of her roots as many of her outfits and accessories are designed by Nigerian and other African designers. On most days, the star would be caught in comfortable and modest dresses, pants, and a beautiful pair of sandals or pumps. Chimamanda Adichie Outfits

Check out 11 of our favorite outfits on Chimamanda… 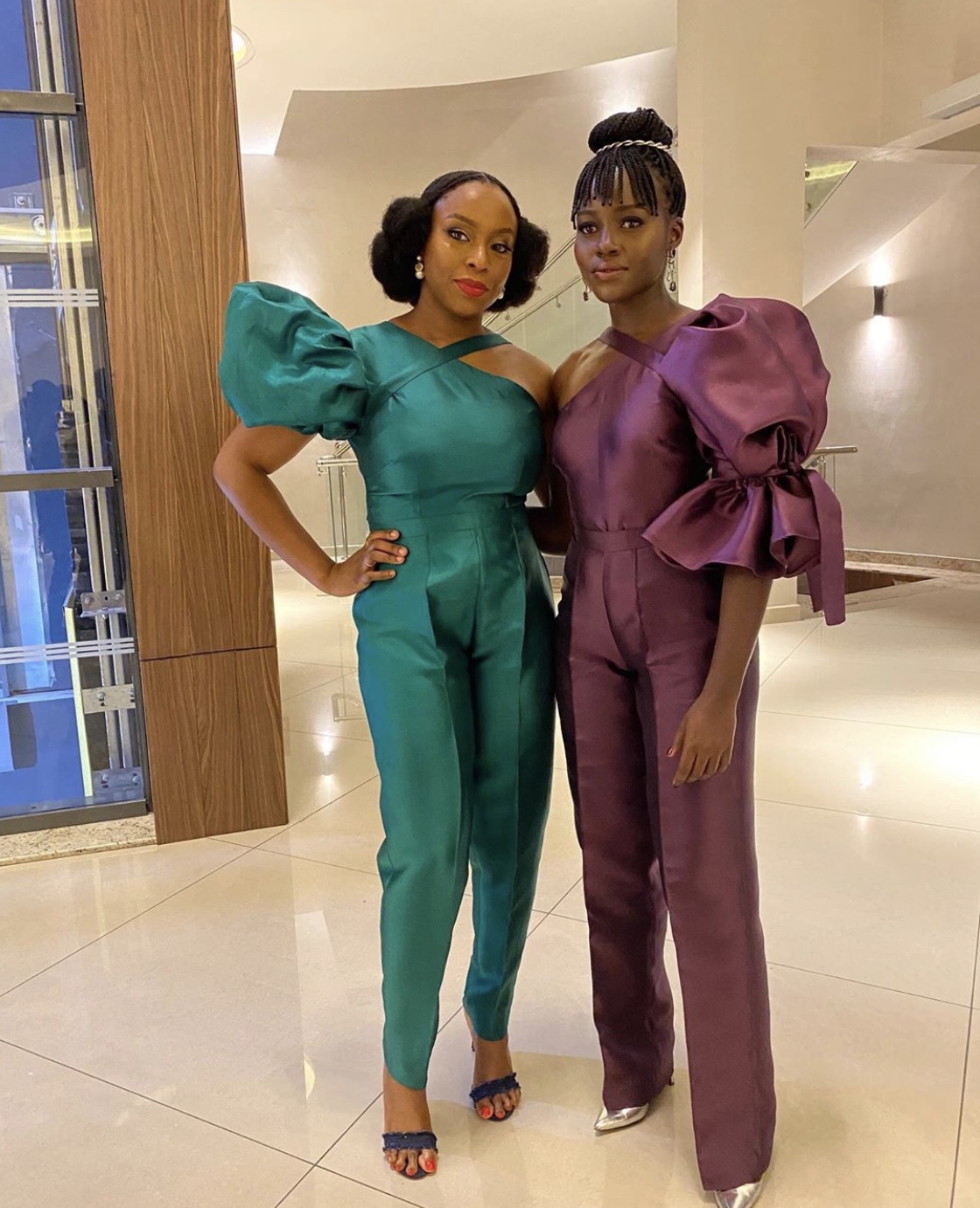 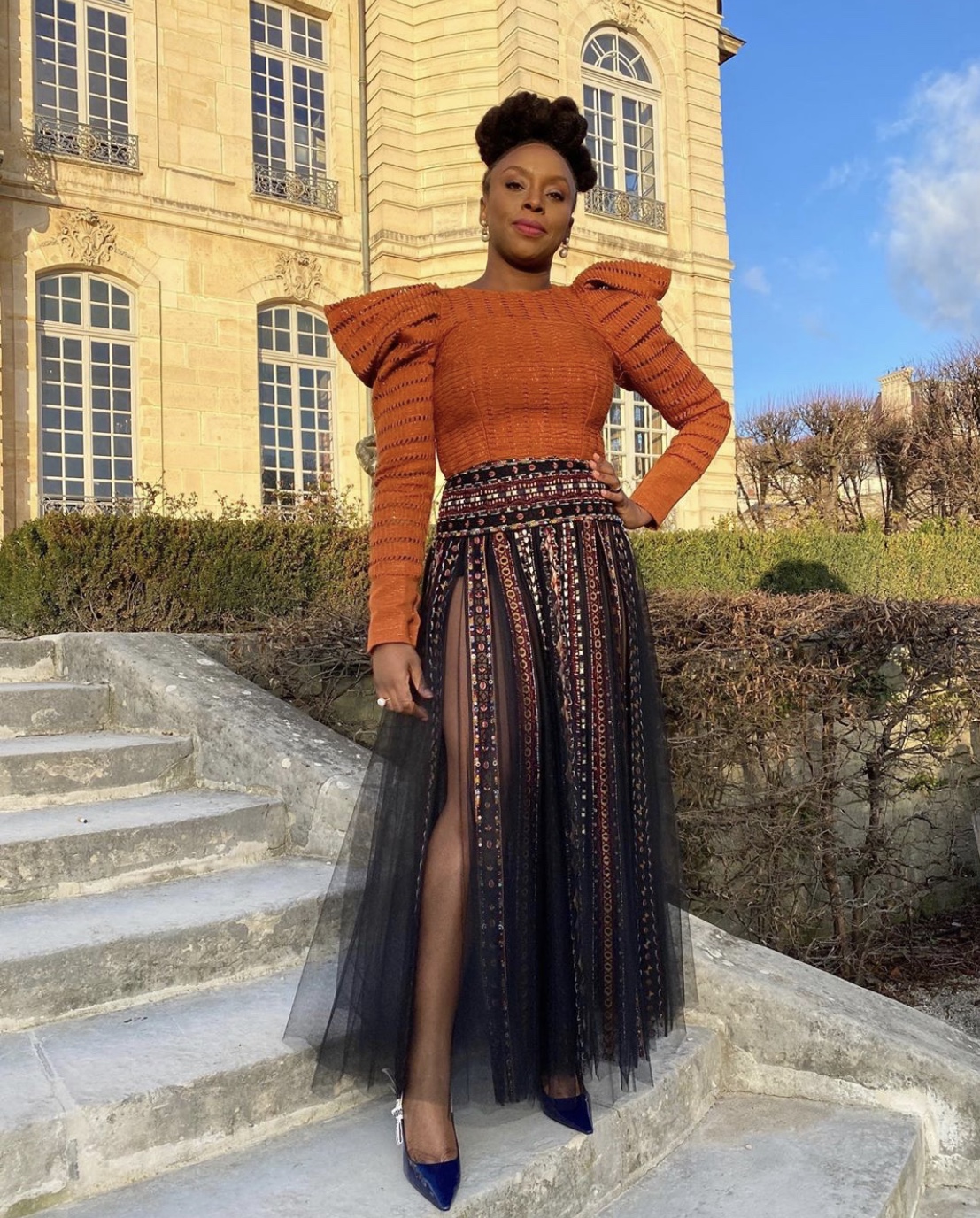 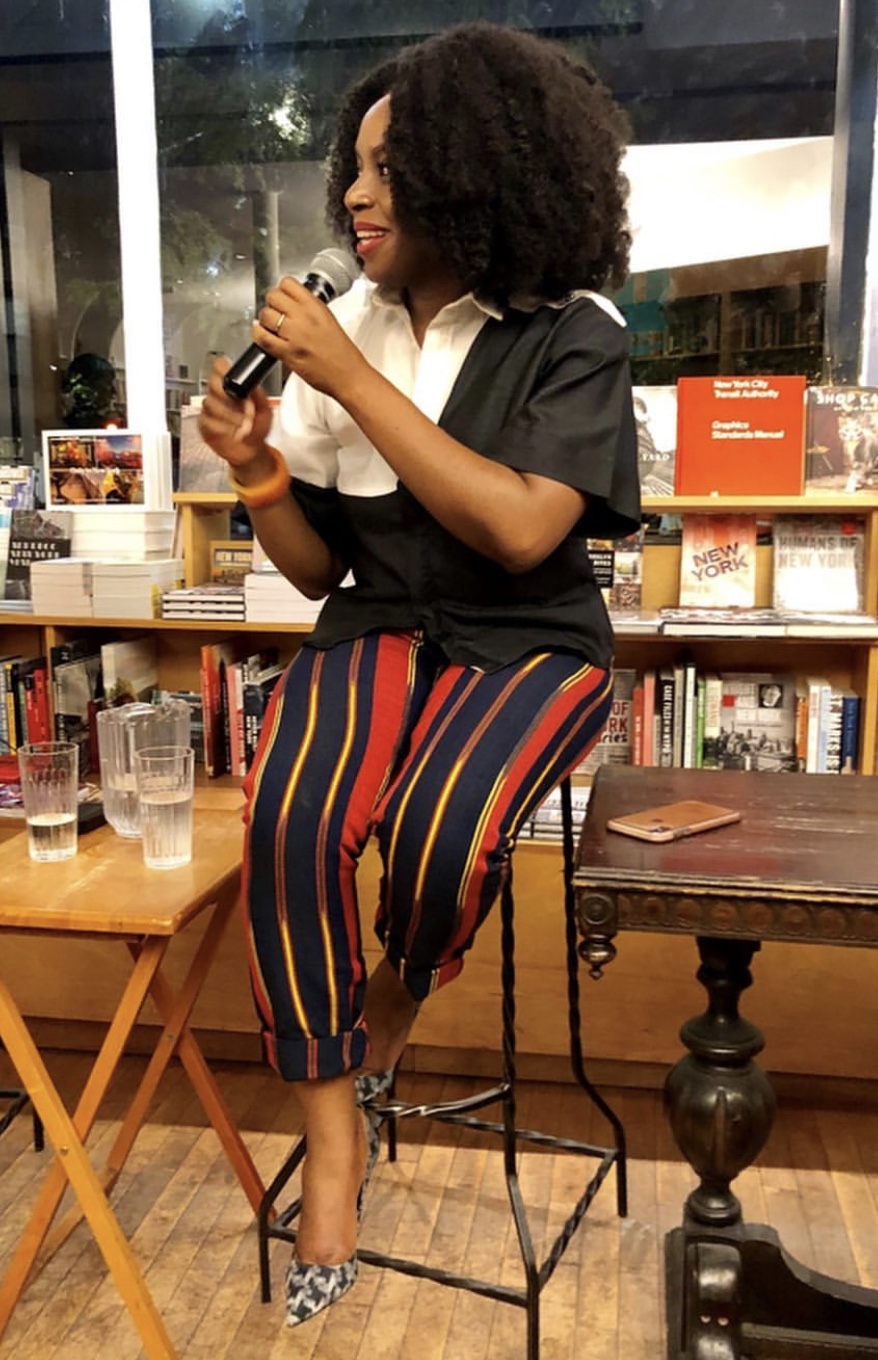 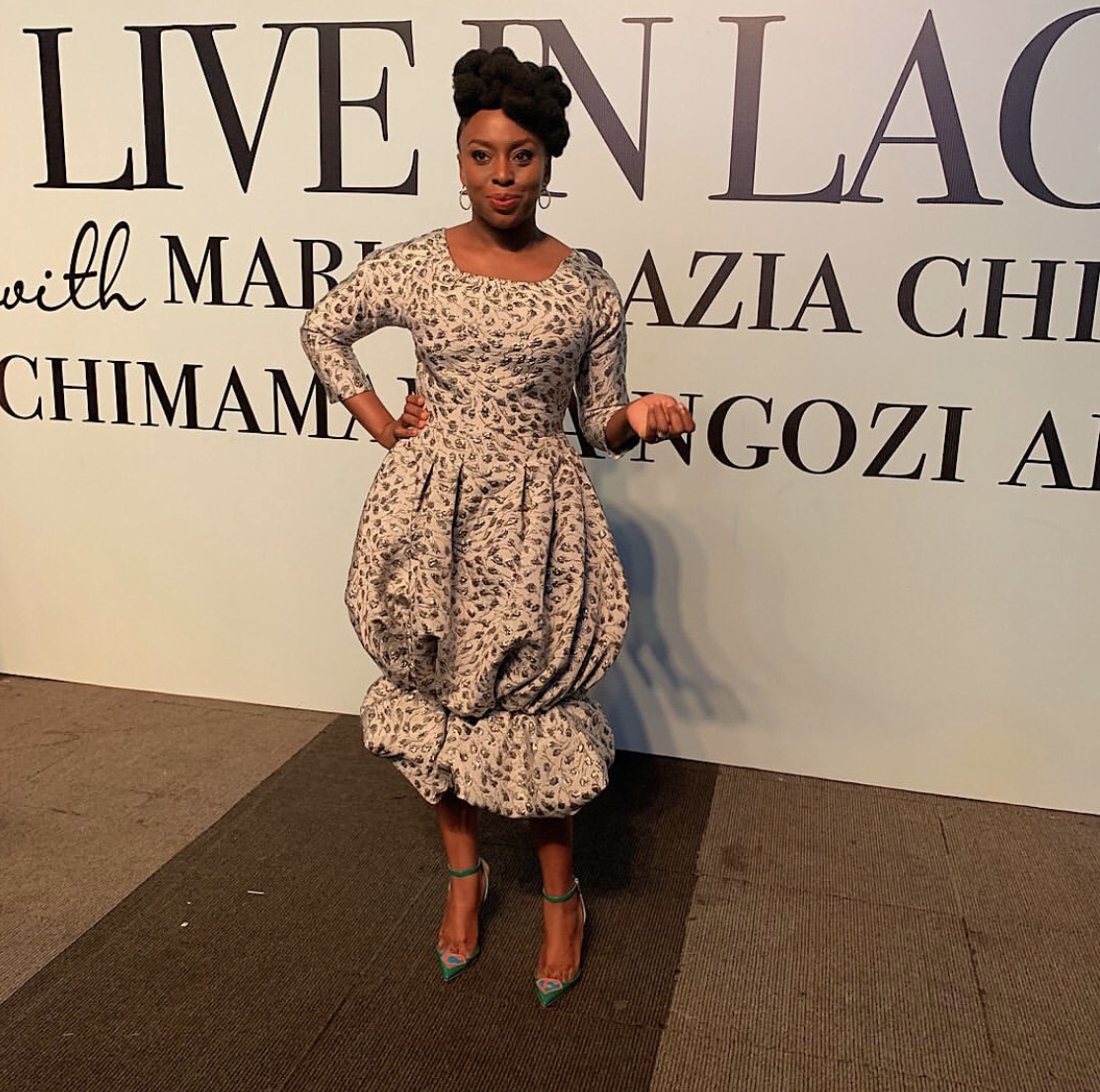 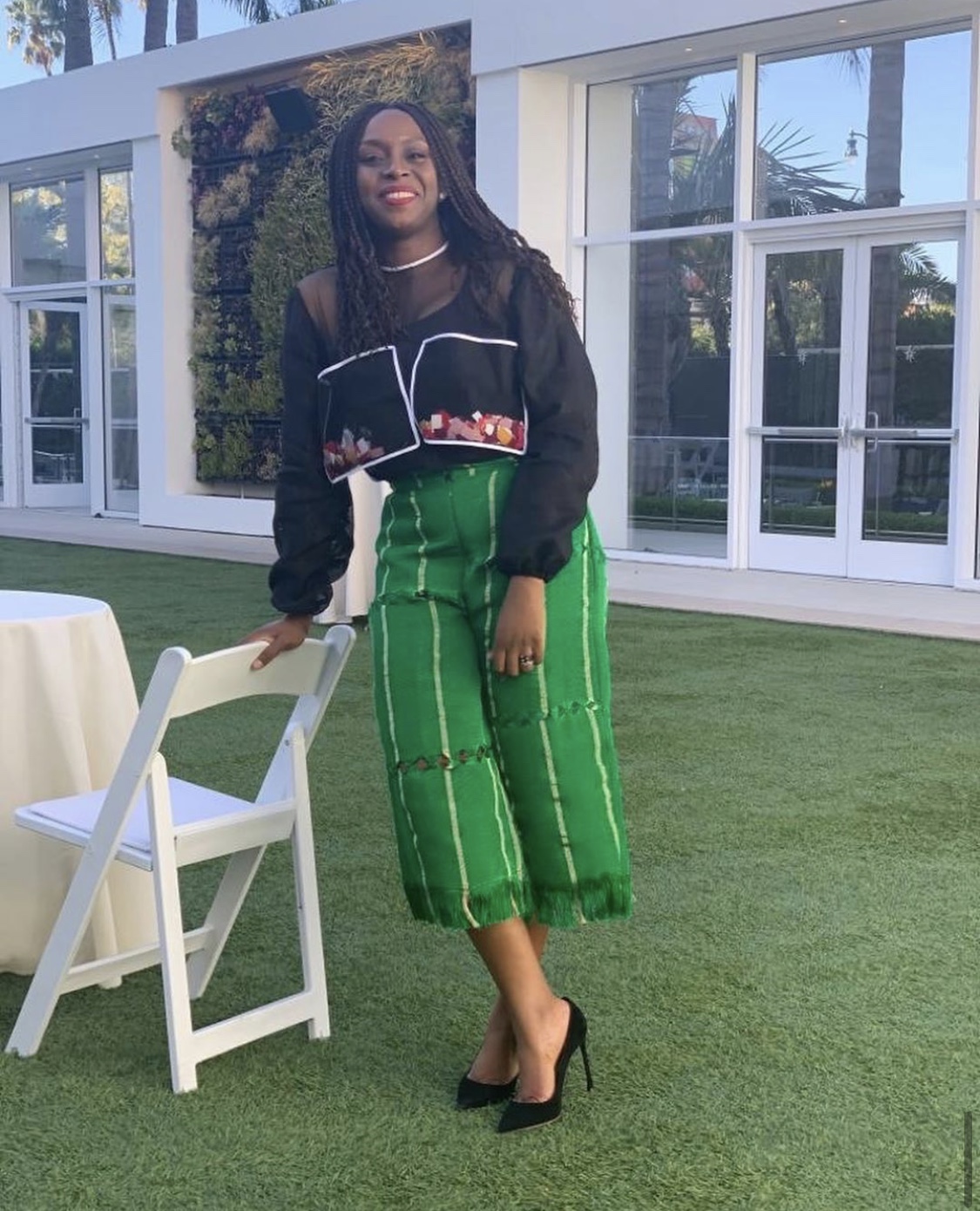 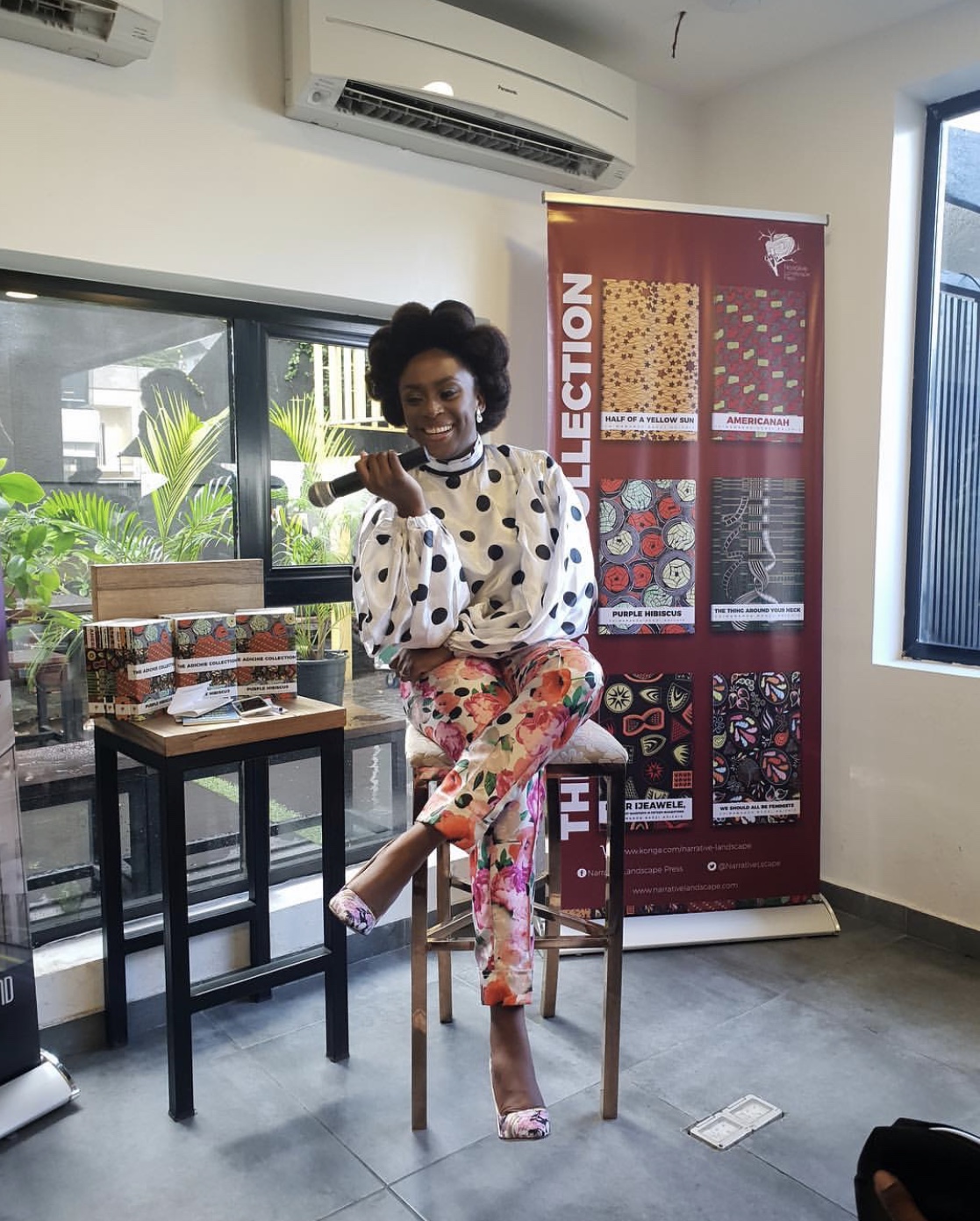 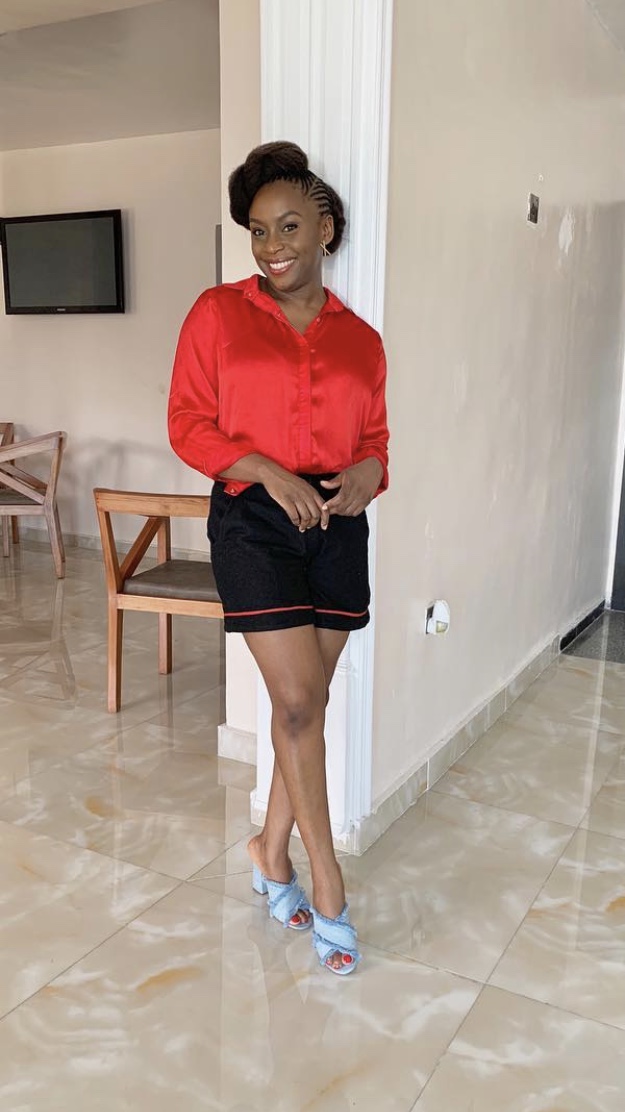 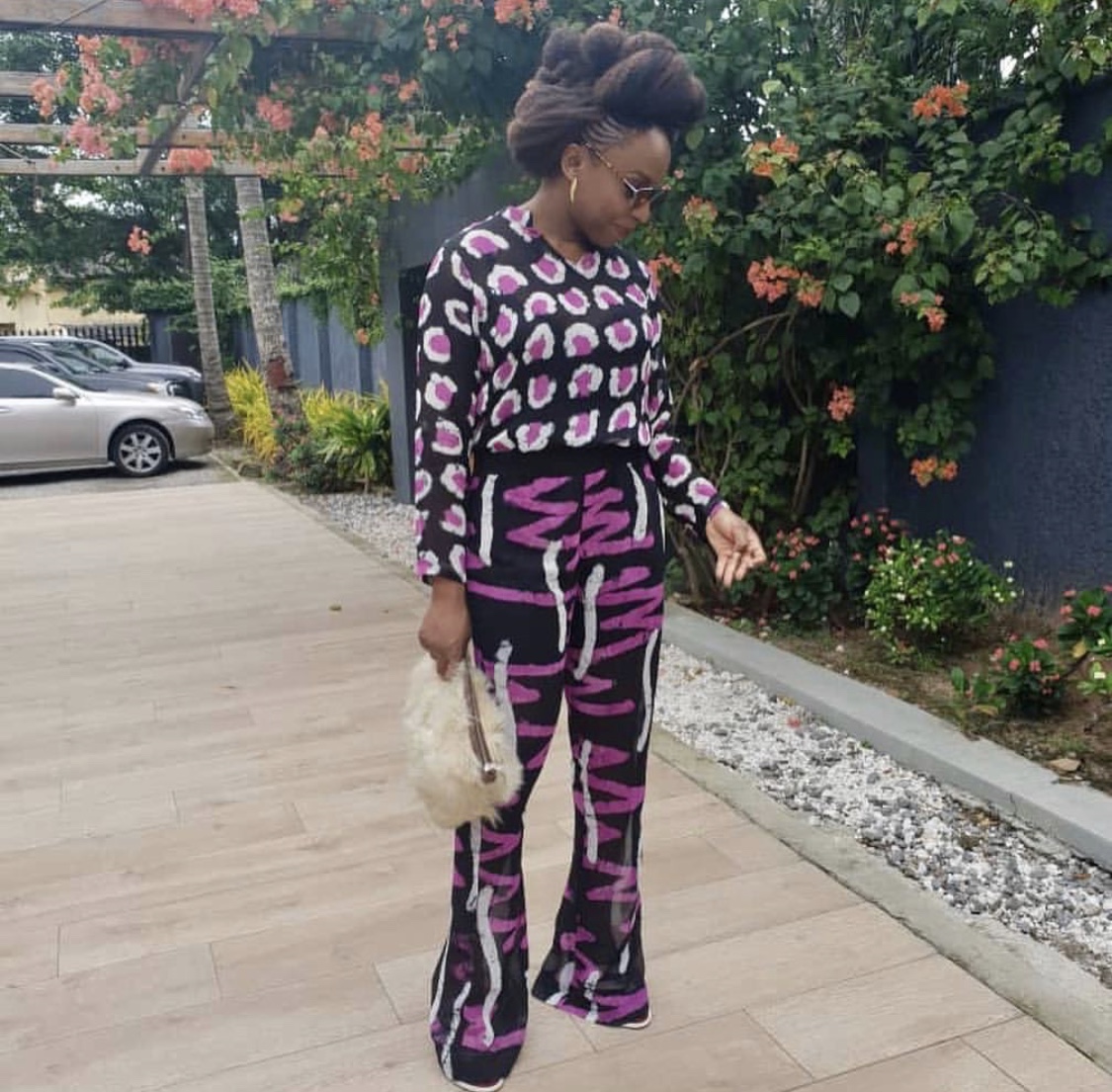 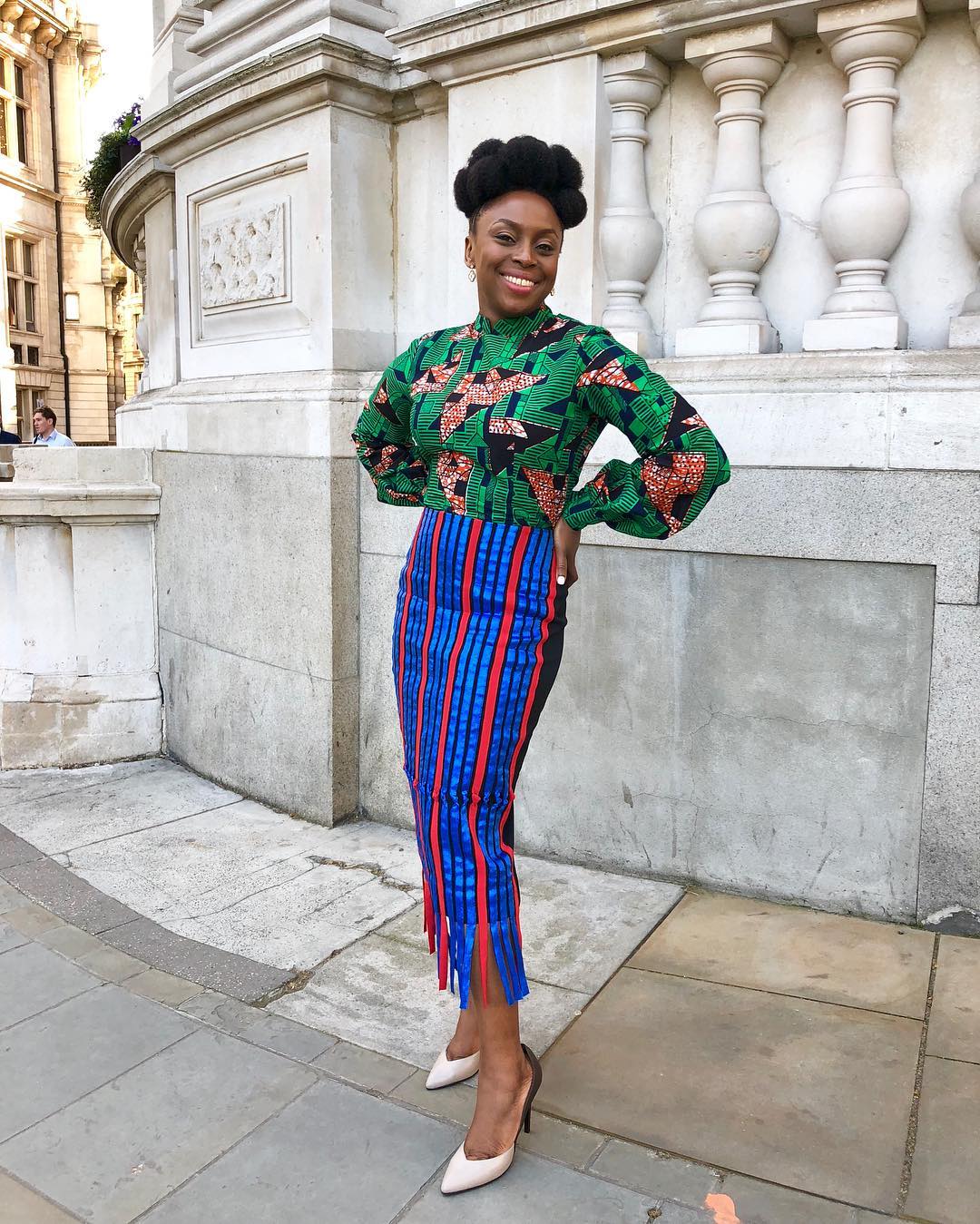 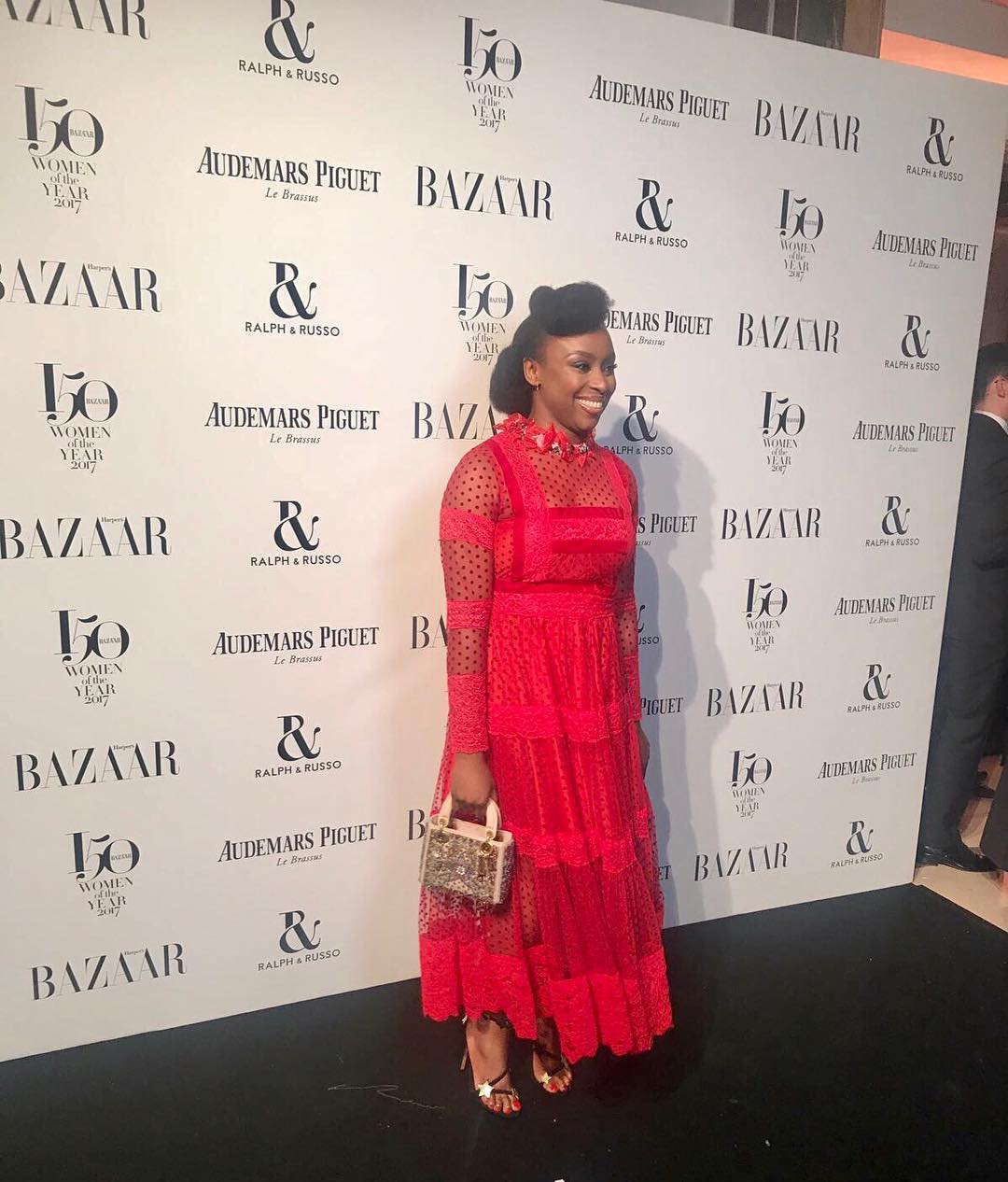