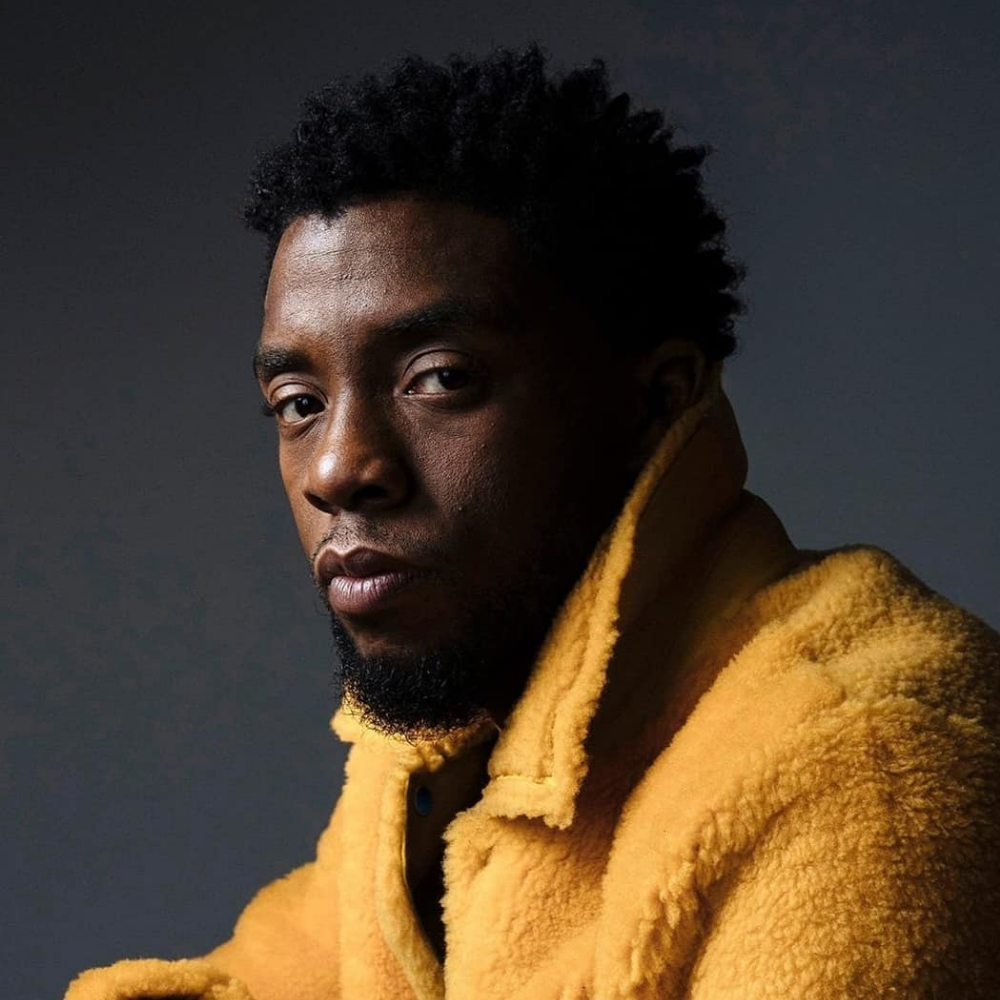 In an exclusive interview with legendary director George C. Wolfe, by WSJ. Magazine, he describes working with Chadwick Boseman on his “raw and explosive” final role. Viola Davis, who plays Ma, and co-star Colman Domingo also weigh in on Chadwick Boseman, the project, and its meaning.

Ahead of the release of ‘Ma Rainey’s Black Bottom,’ the Netflix adaptation of August Wilson’s play, Wolfe discusses the film’s examination of Black life, the cast, and more. George C. Wolfe completed post-production work on Ma Rainey’s Black Bottom in June. The film, starring Viola Davis and Chadwick Boseman, was locked and ready to go, well in advance of its planned theatrical release on November 25 and its Netflix debut on December 18. Which, in light of the rapidly unfolding events of mid-2020, proved frustrating to its director.

“I got to the point where by July, I was going, ‘Let’s release it now! I want this film to be in conversation with this moment that’s happening!’” says Wolfe, gesticulating so wildly through the computer screen that I can practically feel a breeze.

Ultimately, Washington and Black prevailed, and the release date stayed put. Wolfe has since come to recognize this to be a wise decision; more than most people, he is in a position to understand that a great work of art transcends the period in which it was hatched. Wolfe directed the original Broadway production of Tony Kushner’s Angels in America in 1993. Back then, Kushner’s epic two-part play seemed like the definitive real-time dispatch from the front lines of the AIDS epidemic. Yet it has since proved, as an HBO miniseries and in sundry revivals, to be an enduring story of American dysfunction and hypocrisy.

Ma Rainey’s Black Bottom has a similar sort of mordant timelessness. Wilson wrote the play in 1982, and it hit Broadway two years later. Its events transpire in 1927: The Georgia-born blues pioneer Gertrude “Ma” Rainey (Davis in Wolfe’s film), a grizzled road warrior in her 40s, spends an uncomfortable day in a Chicago recording studio with her four-piece band, navigating the demands and condescension of her white manager and the studio’s white owner while the musicians deal with their own interpersonal squabbles. The play’s troublemaker is the band’s horn player, Levee (Boseman), who is a generation younger than his peers, his sharp edges not yet planed off by middle age.

A composer as well as a player, Levee believes the band’s repertoire to be passé, “nothing but old jug-band music”—and he is not shy about sharing this opinion. Life is too short, especially when you’re young and Black, to keep your head down.

Ma Rainey is a significant personal achievement for Wolfe, too. In the theater, there’s little he hasn’t accomplished. A Kentucky-born prodigy, he announced himself in 1986 with his satirical, nose-thumbing satire The Colored Museum, served as the artistic director of New York’s prestigious Public Theater from 1993 to 2004, and has directed 17 Broadway shows. Chadwick Boseman’s final role.

But while Wolfe had already acquitted himself well with the TV films Lackawanna Blues and The Immortal Life of Henrietta Lacks, Ma Rainey’s Black Bottom represents, if such a thing could be said of a 66-year-old, his cinematic breakthrough. In this annus horribilis for live theater, Ma Rainey offers the intimacy of a stage show—lots of tight two-shots and knotty Wilson dialogue—without ever feeling suffocating.

Curiously, given their overlap as two of the foremost Black figures in American theater, Wolfe and Wilson barely knew each other. The latter died in 2005, at the age of 60. Wolfe believes that he met Wilson in person just once, in the bathroom of the Goodman Theatre in Chicago in 1999, when Wolfe, in his capacity as the Public’s chief, was catching a production of Wilson’s play Jitney.

One person the two men had in common is Denzel Washington. Wolfe directed Washington in the 2018 Broadway revival of Eugene O’Neill’s The Iceman Cometh. Washington is also a major caretaker of Wilson’s legacy, having secured the rights from the playwright’s estate to bring the entire Pittsburgh Cycle to the screen; he himself directed and starred in the first such effort, the 2016 movie adaptation of Wilson’s Fences, which costarred Davis, in an Academy Award-winning performance.

Wolfe on being approached by Denzel Washington about Ma Rainey’s Black Bottom:

She channeled “the part of my culture, and even a part of me and my family members, that doesn’t feel worthy and thinks it has no value. I channeled the depth of the soul of every African-American who never could follow their dreams, who were always told that they were less than.”

Wolfe on assembling the cast for two weeks of intensive rehearsal in the summer of 2019 in Wilson’s native Pittsburgh:

This is not an approach that every movie actor loves; some of them believe in saving themselves for the camera. But the Ma Rainey cast was stocked with people from theater backgrounds who believed in Wolfe’s process. “Literally once a week, Chadwick would come over to me and say, ‘Thank God we had those two weeks,’” the director says.

Wolfe on the toll Boseman’s performance took on him:

Wolfe says, “We were doing it in a very casual way, and I assumed that when Levee got to the big speech that Chadwick was going to stop. But he didn’t stop. He kept going, and Levee took over—it was raw and explosive. Afterward, Chadwick just started to sob, and Colman hugged him, and then Chadwick’s girlfriend basically picked him up.” (Boseman and his girlfriend, Taylor Simone Ledward, got married before his death.)

Wolfe on Boseman sharing that he had a secret:

Still, there are moments from last year that have taken on new meaning in retrospect. When Boseman was preparing for a scene in which Levee reveals a scar on his chest, the product of a traumatic episode from his Mississippi childhood, “he talked to me about having a secret, and how intense it is to reveal a secret to someone else, how vulnerable that makes you feel,” Wolfe says.

Colman Domingo on Boseman during filming:

“I could tell with Chad sometimes, he had something on his mind. He’d walk into a room and he wouldn’t speak to anyone,” says Domingo. After this happened a few times, Domingo playfully chided Boseman, saying in a mock-affronted voice, “Oh, you’re just not going to say hi to anybody?” Boseman grinned and thereafter made a point of shaking Domingo’s hand and giving him a hug every day upon his arrival at work.

Between takes, Boseman retreated to his trailer to play his djembe, a West African hand drum. “Everything that was in his soul, he poured into his drumming,” she says. “He said he needed it. It was healing for him.”

Wolfe on also directing Nora Ephron’s last play without knowing she was gravely ill, as well:

Wolfe is loath to dwell on the subject of Boseman’s death, given that he would rather celebrate his male lead’s performance. He has been through something like this before, having worked closely with Nora Ephron on the script for her final play, Lucky Guy, oblivious to the fact that she was gravely ill with leukemia. The show, directed by Wolfe and starring Tom Hanks, opened in 2013, nearly a year after Ephron’s death. Like Ephron, Boseman kept his condition private and didn’t make it a part of his art—a choice that Wolfe intends to honor.

Wolfe on Boseman participating in the looping process:

Like his fellow actors, Boseman participated in the looping process in May, re-recording bits of dialogue as needed. As he was carrying out his final edits, Wolfe says, “I knew only what I had before me, so there was no weight. There was only the exhilaration of the work.”

Wolfe on New York and the theater:

A few weeks ago, his services were demanded in an unexpected fashion when a desperate stranger accosted him in the street. “He literally wouldn’t let me pass,” Wolfe says, still startled by the episode. “He was asking me, ‘When is the theater coming back? I miss it! New York is not New York without it!’.”

For the latest in fashion, lifestyle, and culture, follow us on Instagram @StyleRave_ | Chadwick Boseman’s Final Role.

All You Need To Know About The Superhero, Chadwick Boseman + 5 Of His Most Memorable Movies