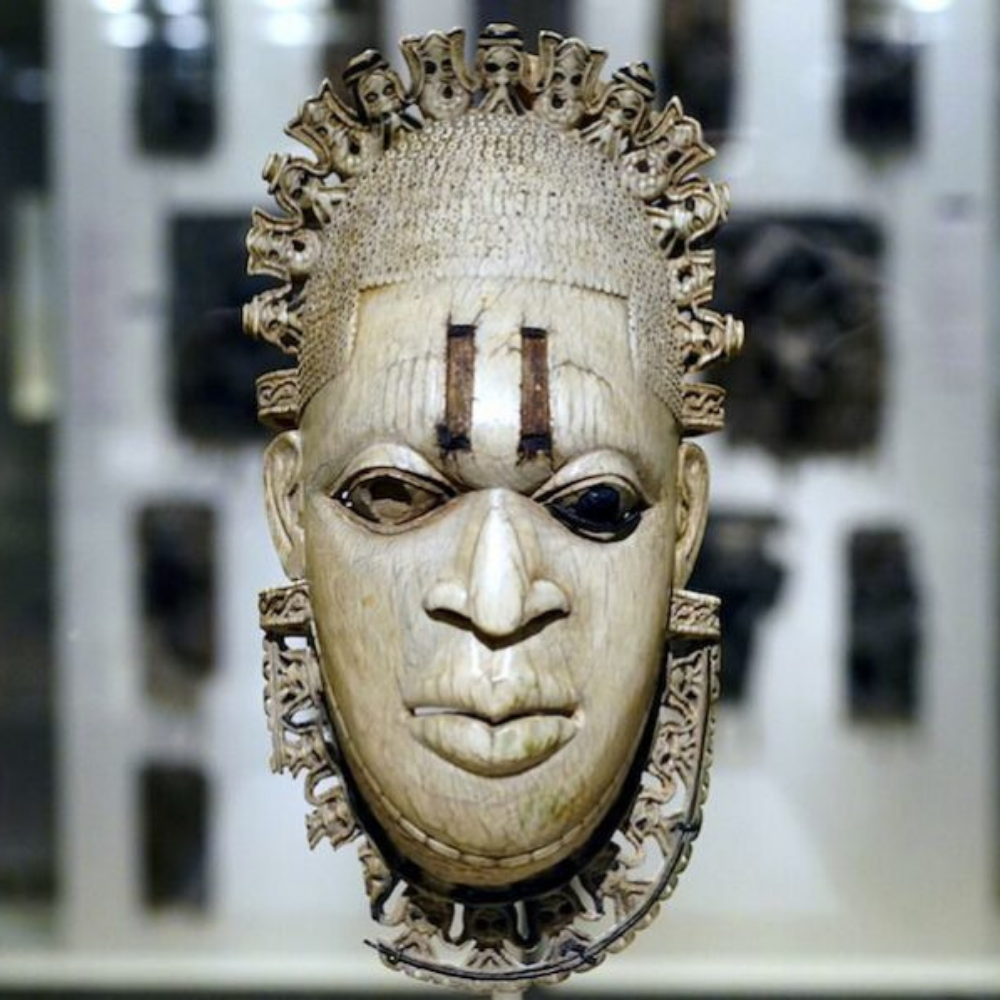 4 Simple And Easy Tips On How To Stretch Tight Shoes

With over 1.2 billion inhabitants, Africa is the second-largest and second-most-populous continent on the planet. It is made up of a diverse group of people who, although vary in language, culture, as well as other areas, are untied in more ways than one. From rich heritage to proud civilizations, natural wonders and interesting art, Africa is indeed an exciting place. Speaking of art, African art is famous around the world for both it’s abstract and naturalistic representaions, no wonder it shatters auction records time and again.

When it comes to art, Africa is certainly a great place to explore as each group of people possesses a unique flair to interpret both their surroundings and ideologies through one-of-a-kind art. Whether you’re exploring the plains of Kenya or the ancient Christian heritage of Ethiopia, art is undoubtedly visible at every turn. Today, we’ll take a five-stop journey through the continent in honor of the brilliant art Africa has offered the world. Get ready for take-off…

Check out some incredible African art from locations across the continent…

First off is Nigeria, popularly referred to as Naija. This country boasts a population of over 212 million and is responsible for some of the famed African art seen in museums around the world. Whether it’s Benin masks or Igbo sculptures, this country has certainly produced many incredible pieces.

Pictured above is the Benin ivory mask crafted in the ancient Kingdom of Benin, now in modern-day Nigeria. This miniature ivory sculptural portrait depicts Idia, the first Iyoba (Queen Mother) of the 16th century Benin Empire. It features a serene face of the Queen Mother framed by the flange of an openwork tiara and collar of symbolic beings, as well as have elaborate ornament at their hair and collar. This masterpiece, as well as others, was part of the collection of prestigious works looted by the British from the palace of the Oba of Benin in the Benin Expedition of 1897. Recently, talks have been made to return this treasure, and others, back home.

Many don’t know the impact Ethiopia has made on Christianity. As a matter of fact, this country has been one of the greatest knowledge hubs on the religion. Did you know that some even speculate that the Jewish Ark of Covenant resides here? Expectedly, influences of Christianity can be seen in Ethiopian art, with the most famous having pride of place in museums and exhibitions around the world.

The ancient paintings from Ethiopia are highly distinctive. These works were seen everywhere including on walls, in books, and in icons. Their kind of art is typified by simplistic, almost cartoonish, figures with large, almond-shaped, eyes, with bright and vivid colors. Of course, the majority of paintings are religious in nature, often decorating church walls and bibles. For example, pictured above is a prayer book, Arganonä Maryam (The Organ of Mary) dating back to the 17th century. The creative work is one of ten works credited to the late-seventeenth century scribe Baselyos, and is also the most popular Ethiopian Orthodox prayer book dedicated to the Virgin Mary. The manuscript features four distinct kinds of ornaments: full-page illuminations; interlaced borders (haräg); magical images; and textual ornament, including punctuation marks and headers.

When we think of Kenya, wildlife is often what comes to mind. However, that’s not all there is to this beautiful country. Kenyan art is equally as impressive as its reserves, with the before often displaying interesting shapes, colors, and textures. If this is what you’re drawn to, you’ll surely fall in love with this art.

The Maasai peoples are undoubtedly one of the most famous communities within Africa. Although, they are most often recognized for their amazing wildlife reserves, they are also noted for their art, especially beadwork. Seen above is a pair of Man’s Pendants from the Maasai Mara National Reserve. This jewelry features glass beads, plastic, wire, fiber, as well as hide. Interestingly, glass was a latter addition to these works and came about through trade with Europeans. Before glass was used in tradiional Maasai jewelry, locals created jewelry with clay, wood, bone, copper and even brass. Each color seen in these works symbolises a trait.

Meaning of some of the colors:

Red: symbolizes bravery and strength, but above all, unity.

Black: symbolizes the people and all the struggles they must endure.

Did you know history tells that the richest person to ever live was African? Yes, that person was Mansa Musa of Mali. During his reign, Mali prospered to become a great civilization. Thus, this gave vent to the rise of learning, art, and creativity that birthed the famed Timbuktu manuscripts, as well as other artworks.

Above is a manuscript page from the Timbuktu manuscripts. The Timbuktu manuscript is a blanket term for a large number of historically important manuscripts that have been preserved for centuries in private households in Timbuktu, Mali. The collections include manuscripts about art, medicine, philosophy, and science, as well as copies of the Quran. The number of manuscripts in the collections has been estimated as high as 700,000. As the Mali Empire spread, education rose along with it, thus, making room for impressive scholarly works. Early scribes translated works of numerous well-known individuals (such as Plato, Hippocrates, and Avicenna) as well as reproduced a twenty-eight volume Arabic language dictionary called The Mukham, written by an Andalusian scholar in the mid-eleventh century. All these and more have a home in the Timbuktu manuscripts.

Our last stop in this journey of African art in Zimbabwe. This country makes some of the finest wood carvings that can be found anywhere in the world. This art often possesses intricate detailing as well as interesting forms and shapes that any lover of the woodwork will appreciate.

Here, you can appreciate this creation by Agnes Nyanhongo, titled Welcome Baby. Although this is one of the most recent artworksin this curation, it is by no way inferior to others as great craftsmanship is visible in this spectacular work. Nyanhongo is a multiple awardwinning Zimbabwean sculture whose works can be seen in numerous locations around the world.

4 Simple And Easy Tips On How To Stretch Tight Shoes