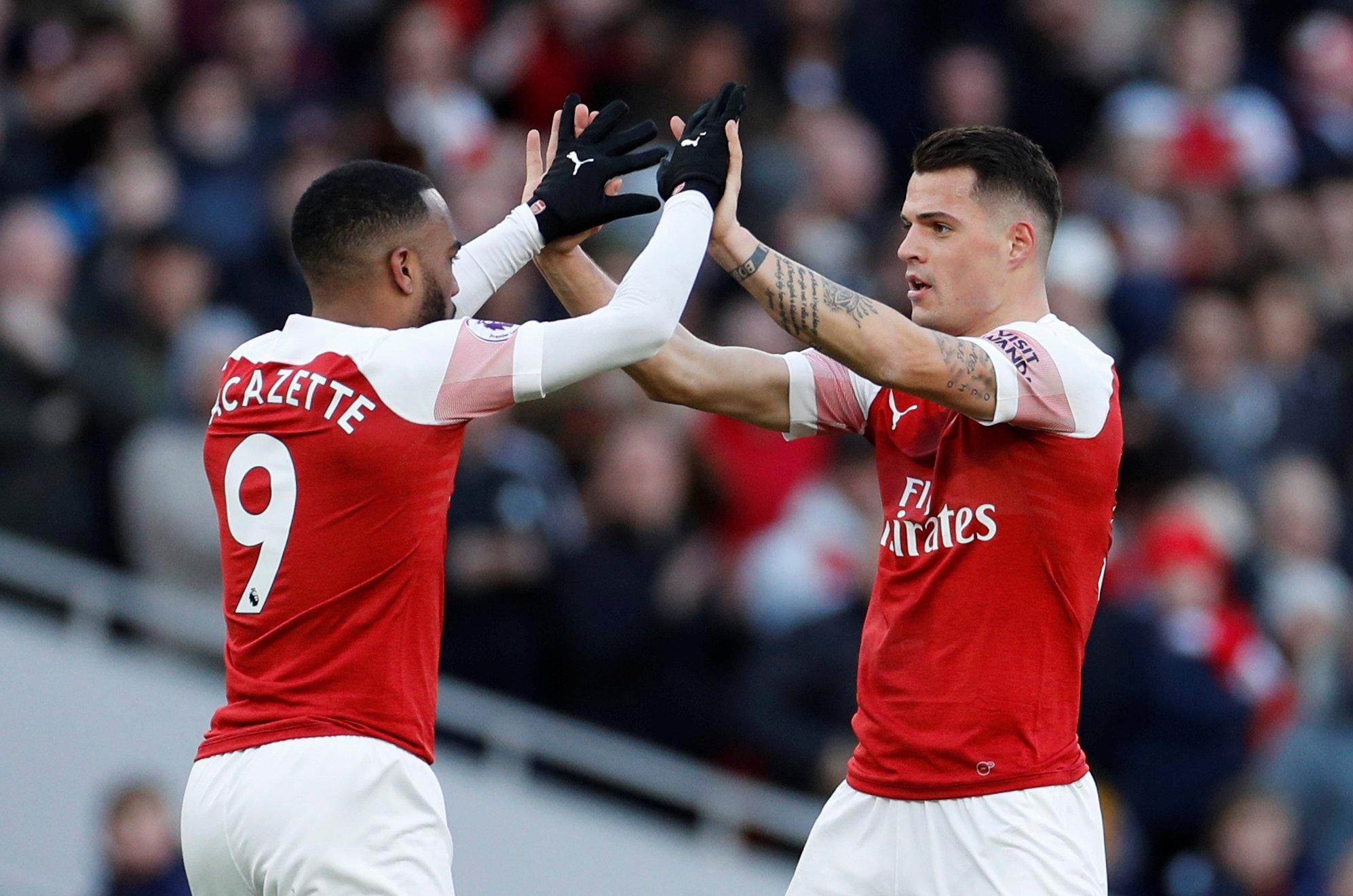 In torrid weather conditions, Arsenal defeated Manchester United 2-0 at the Emirates Stadium, London, yesterday. To Arsenal, it was sweet, sweet revenge for their FA cup exit some weeks ago as they ended up on the losing side in a 3-1 defeat at the hands of Manchester United.

The win halted a run of eight consecutive away games by the Manchester outfit. It was also United manager, Ole Gunnar Solskjær’s first league defeat since taking over. Arsenal made a firm statement that they would not be bullied into giving up the fourth spot in their quest to re-join the Champions league elite.

It was an entertaining and fiercely competitive match so we bring you five things we took out of it:

It has been a turbulent past couple of weeks for Arsenal with results not really going the way they would like, but performances like this really show their worth and dodged determination.

The squad selection and formation going into the game showed that Arsenal were prepared to take on Manchester United head with a full-on offensive approach.

Gone was the side that wasn’t prepared and got beat in the FA cup tie. Manager Unai Emery decided on a 4-3-1-2 approach that not only committed players forward, but also provided sufficient cover at the back to fend off the expected Manchester United counter attack.

The formation turned out to be a tactical master class that saw Arsenal comfortable without the ball and also able to commit bodies forward to provide the much needed attacking threat to the Man United defence.

2. Lacazette/Aubameyang partnership should be allowed to thrive

When you have good players at your disposal, it is only normal that you would want to utilise them as much as you can. Much has been said about Unai Emery’s use of a couple of his star players like Ozil, Aubameyang and Alexandre Lacazette with the Arsenal manager often opting to bench either one of them for so-called tactical reasons.

It, therefore, came as a surprise when he chose to play all three of them, especially the pair of Aubameyang and Lacazette. They hadn’t started a league match together since January in their defeat to Manchester City.

However, if he needed confirmation that they could thrive together, he got it against the Red Devils. Their link up play was great as they both combined well to cause havoc to the Manchester defense.

Although not being on the scoresheet himself, Lacazette was instrumental in Arsenal’s second goal, drawing a foul from Manchester midfielder, Fred, in the 18-yard box and winning a penalty that was confidently tucked away by Aubameyang. We hope to see more of the magnificent duo in the coming matches.

3. Lukaku still a flop against the ‘big six’

Manchester United striker, Romelu Lukaku, came into the game in a hot scoring streak, netting braces in his three previous matches. It was therefore only normal to expect him to carry on with his blistering form but it was not to be as the Belgian international was left to rue his squandered opportunities that would ultimately cost his side the match.

Arsenal midfielder and man-of-the-match winner, Aaron Ramsey, showed the club what they would be missing when he finally moves on to Juventus in the summer. The Welsh international has already signed a pre-contract agreement with the Serie A giants and is expected to move to the Italian side after talks with Arsenal on a contract extension stalled last year.

Not in any way deterred by his impending move, the midfielder put in quite a shift as always, winning the most tackles, duels and covering the most length of any player on the pitch. There is no doubt that Arsenal will lose a rare gem and will ultimately struggle to find a replacement.

Often struggling away from home, it is perhaps comforting that Arsenal have been really solid at the Emirates in recent months. With the win against the Red Devils, they continued an impressive run of nine consecutive home wins, a run stretching since December of last year.

With three home matches of eight matches left, the Gunners would be looking to capitalise on their home form as the campaign draws to a close. They would hope it would ultimately prove vital as they continue to fight for a top four finish.