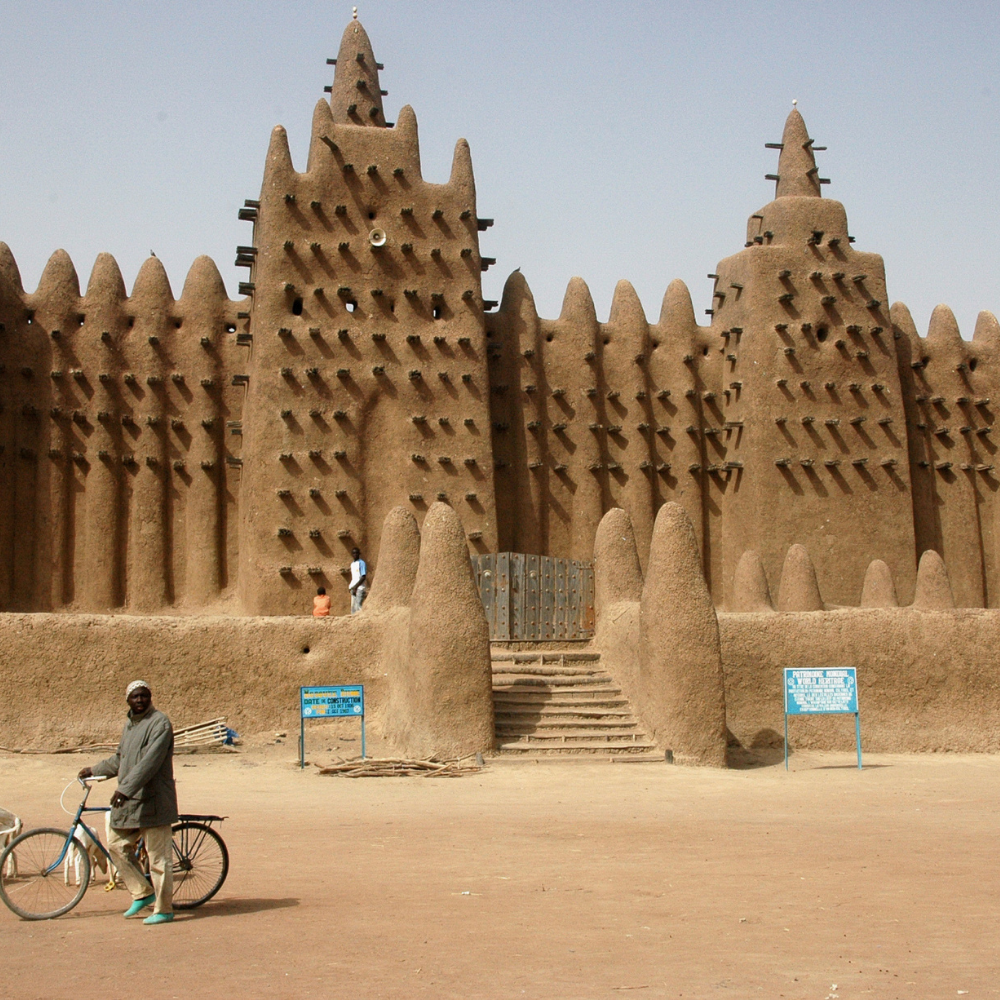 Hate To Workout? Here Are 5 Simple Ways To Trick Yourself Into Exercising

It’s without a doubt that Africa is home to several amazing tourist attractions, however, these sights haven’t received as much attention as they deserve. Consequently, this leads to Africa barely making the list of must-visit tourist destinations around the world. Luckily for you, you have us and we’ve made it a priority to enlighten you on the tourist attractions in Africa, so when next you decide to explore, the motherland would certainly make your bucket list.

The money you spend on travelling is a form of investment in yourself, the airline, and most importantly, the country (or countries) you’re visiting. So, if you’ve ever wondered about how you could play a role in Africa’s development, there’s no easier way than investing in African tourism. Think about it, your week-long vacation does more than help you kick back and enjoy. It plays a vital role in boosting the economy of the region you’re visiting. Your hotel, food, wine, transportation, tips, fees, etc., all add up to the GPD of the region. Little wonder countries like Greece count tourism as a major source of national income.

Being the second most populous continent in the world, Africa has a lot to offer in terms of tourist attractions. Ours is a continent rich in diverse culture and history. Irrespective of where you choose to go, there is always plenty of things to see that definitely suit all tastes and interests. From interesting architecture and an eclectic urban buzz to spectacular landscapes and a diverse range of wildlife in some rural areas, most African countries really offer the best of both worlds. Ready to make somewhere in Africa your next vacation destination?

With its spectacular aesthetic, Victoria Falls is undoubtedly one of the greatest tourist attractions in Africa. It is a waterfall in southern Africa on the Zambezi River at the border between Zambia and Zimbabwe. In case you didn’t know, the Zambezi River is the fourth largest river in Africa. Before Scottish explorer David Livingstone dubbed this waterfall Victoria Falls after Queen Victoria, it was known by its Kololo name as Mosi-oa-Tunya which means “The Smoke That Thunders.” Surely, one visit to this natural wonder and you’ll understand why the locals named it so.

The noise of Victoria Falls can be heard from a distance of 40 kilometres, while the spray and mist from the falling water rise to a height of over 400 meters and can be seen from a distance of 50 kilometres. It was reported that in 1857 David Livingstone wrote that no one in England can even imagine the beauty of this scene. Truly, it’s better seen in person than imagined!

#2. The Pyramids of Giza and the Great Sphinx, Egypt

Okay, we know you saw this one coming. There are three pyramids that make up the Pyramids of Giza which were built by Egyptian Pharaohs who had expected to become gods in the afterlife. In order to prepare for the next world, they erected temples to the gods and massive pyramid tombs for themselves. These they filled with all the things each ruler would need to guide and sustain himself in the next world. From food to gold, and even clothing, everything was undoubtedly taken care of!

According to National Geographic, Pharaoh Khufu began the first Giza pyramid project. His Great Pyramid is the largest in Giza. Khufu’s son, Pharaoh Khafre, built the second pyramid at Giza. His necropolis also included the Sphinx, a mysterious limestone monument with the body of a lion and a pharaoh’s head. The third of the Giza Pyramids is considerably smaller than the first two. This was built by Pharaoh Menkaure and it featured a much more complex mortuary temple.

If you built mud or beach houses as a child, then this mosque will transport you to those memories as it is the largest mud-built building in the world. Its walls guard the lands where the mosque is located, which extend for more than 5’6 square kilometres and can accommodate up to 3000 people. (It is said that at the time of its construction, this was the total population of the city!)

The sticks protruding from the walls are palm tree trunks. They serve as a decorative element, and to prevent cracks from arising due to changes in temperature and also to reinforce the structure. Sadly, only Muslims can get into the mosque because it was used for a shoot by Vogue and seeing as the models’ outfits didn’t meet that required by Muslims, the local leaders considered it sacrilege and decided to forbid visits to any person other than Muslims.

This is simply known as the Osun Sacred Grove. It is believed to be the home of Osun (the Yoruba goddess of fertility). In Yoruba history, the river goddess is credited with the founding and establishment of Osogbo town over four hundred years ago. At the grove, the Osun-Osogbo festival takes place. This has been celebrated for about six centuries.

In 1949, Austrian-born-artist-turned-Yoruba-priestess, Susanne Wenger moved to Nigeria and worked hard to revive the Yoruba religion among Nigerians. She also made it her duty to protect the sacred grove of Osun. In 1959 she married a local drummer, Chief Alarape, and adopted more than a dozen Yoruba children, including the artist Nike Davies-Okundaye. Suzanne died in 2009 but before her death, in 2005, the Osun-Osogbo Sacred Grove was designated a UNESCO World Heritage Site.

Mount Kilimanjaro is the highest peak in Africa and a major tourist attraction. The 20,000-foot mountain is the tallest mountain on the African continent and the highest free-standing mountain in the world. Mount Kilimanjaro is a dormant volcano comprised of three cones — Kibo, Mawenzi, and Shira. The summit is on the Kibo cone and is named Uhuru, which means “Freedom” in Swahili. The mountain which is 750,000 years old had its last major eruption about 350,000 years ago.

Over 75,000 people climb this mountain yearly. According to Wikipedia, the youngest person to ever successfully reach its peak is Theodore Margaroli on February 19, 2019, at the age of 10. The oldest person to reach Uhuru Peak was Angela Vorobeva on 29 October 2015 aged 86 years and 267 days. While the oldest man to reach its summit is the American Robert Wheeler, who was 85 years and 201 days as of October 2, 2014. Despite an age limit of 10 years for a climbing permit, exceptions are occasionally granted. Keats Boyd from Los Angeles reached the summit on January 21, 2008, at the age of 7.

Hate To Workout? Here Are 5 Simple Ways To Trick Yourself Into Exercising