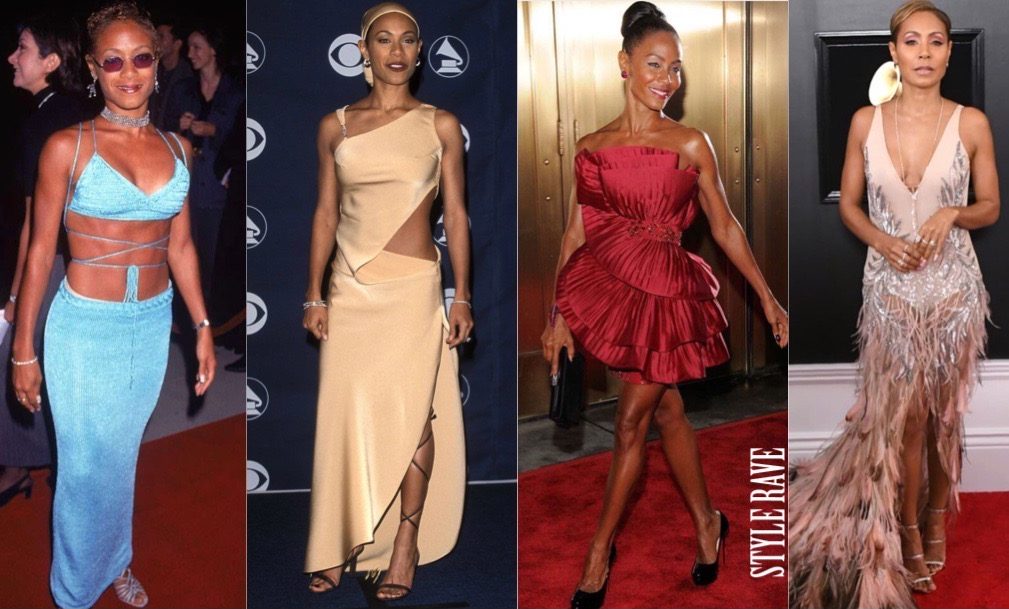 Jada Pinkett Smith is one of those celebrities who have been around for such a long time that she’s become part of “Hollywood Royalty.” The 48-year-old actress has always been one to look out for on the red carpet, thanks to her nonconforming, unpredictable style.  Jada Pinkett Smith News 2020

The Red Table Talk host has been a red carpet regular for exactly three decades. She began her acting career in 1990, when she featured in an episode of True Colors but it wasn’t until she starred with Eddie Murphy in the 1996 remake of The Nutty Professor that she’d gain fame and some fortune. The film was a commercial success, earning $25 million in its first weekend in North America, ultimately grossing $274 million worldwide. That same year, she also starred in Set It Off opposite Queen Latifah, Vivica A. Fox, and Kimberly Elise.

Her most recent big screen feature, Girls Trip, also had popular black actresses Regina Hall, Queen Latifah and Tiffany Haddish. The film was chosen by Time Magazine as one of its top ten films of 2017, grossing US$140 million worldwide. Just as her career has touched on different fields in the arts—she’s been a singer-songwriter, producer and director—Jada Pinkett Smith’s style, through the years, has been both eclectic and eccentric.

Over the years, Jada has played around with fashion and beauty and her sense of style kept evolving, touching on every genre of style. From punk to classy, she’s been there, done that! And whether it’s relaxed and laid-back or polished, high fashion looks, Jada has truly lived her best fashion life. Through it all, it was her signature short tresses that had us all wanting the Jada cut!

Her eye-catching style fashion sense has transformed from baggy jeans and box braids to designer floor-length gowns and simple but sophisticated hairstyles on the red carpet. When you compare one of her first red carpet appearances at the 100th episode of A Different World in 1991 to one of her most recent at the 2019 Grammys, you’ll agree that her style has somewhat come full circle.

African Influencers Jumped On The Viral DMX Challenge: Here Are Our Faves