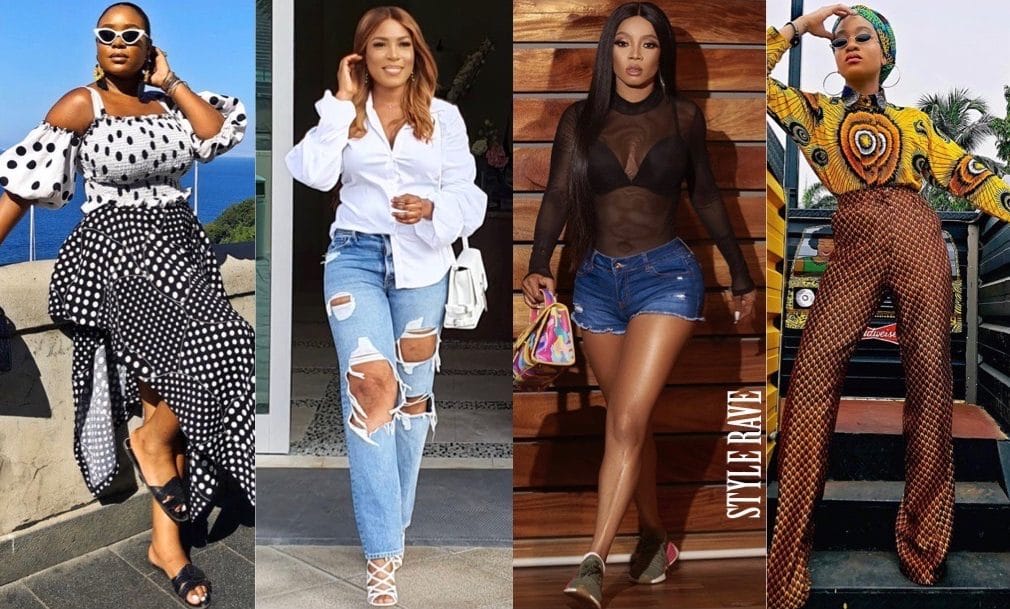 The last decade was quite an interesting one, especially fashion-wise. Nigeria was definitely not left out of the wave of trends that swept across the fashion world. Thanks to the enormous growth of social media, fashion trends went viral within minutes of reaching our virtual playground and the results were trends that were seemingly bigger than life itself. 2010s Fashion trends

As with everything else, 2010s’ fashion trends came as a mix of the good, the bad and you guessed it… the ugly. There were moments that had us reeling as we look back at them but also, moments we wish we could relive all over again. As the saying goes: hindsight is 20/20.

Nigerian celebrities and influencers latched on to many of the major global fashion trends which many of them carried really well even as some left us searching for the right emoji to embody the question: what was she thinking? But if there is one thing that stayed true in all of this, it would be the saying: “Naija no dey carry last.”

During the 2010s, the fashion shows, red carpets and even the street saw major growth which all contributed to Nigeria being recognized as a budding force in the global fashion scene.

As the decade has ended, we are looking back at the fashion trends that defined the last decade in Nigeria. From the colour blocking trend to maxi dresses, ripped denim to sheer outfits and the rise of the Ankara mixed prints trend, we are taking you back in time as we relive some of the decade’s biggest fashion trends.

It’s easy to see why maxi dresses became so popular almost all through the decade. Who doesn’t love the effortless style, comfort and ease of moment all wrapped into one flowy piece?

Ripped denim returned with a vengeance

Oleku, the traditional casual iro and buba attire which was popular among Yoruba housewives between the 60s and early 90s was literally born again early this decade. Young fashionistas put a mini skirt twist on the bottom half of the pair and the design became a viral hit! The trend didn’t last long as other Ankara trends fought hard for their own reign.

Boyfriend jeans made a comeback

Throughout the 2010s, the colour blocking trend was the trend that defied death. In fact, it came, it went, came, left and came back again – taking on a different form each time.

During the latter part of this decade, there was no better way to announce your status as a boss chick, boss babe or boss bae – if you will than in a power suit!

Boyfriend shirt dress, a curve-hugging shirt dress and deconstructed shirt dress are just some of the ways the shirt dress made landfall in the latter part of the 2010s. Every fashionista had one and so did their BFFs and frenemies.

Towards the end of the 2010s, the mini, midi and A-line skirts found fierce competition in midi and maxi pleated skirts. When you’re an easy statement piece to pair with anything from tank tops to denim shirts and much more, it’s easy to win the hearts of many women.

Athleisure pieces took over the streets

As the decade grew, so did the sleeves on red carpet dresses and aso ebi designs. Voluminous sleeves are an easy way to add some drama to any figure-hugging design so it’s easy to see why this trend became a big thing in Nigeria.

If there’s any fashion trend the 2010s will be remembered for, it’s the return of animal prints! Tiger print, snake print, tortoise print, leopard print and zebra print all returned with a bang in the last three years of the decade and fashionistas couldn’t have enough of them.

Between 2017 and 2019, sheer tops returned to the scene and surprisingly took over casual daytime top options. In the past, sheer pieces were mostly seen at night but not in the 2010s, a sheer bodysuit like Toke Makinwa’s became one of the most coveted pieces for fashion influencers across the world.

Statement sunglasses of the 60s, 70s, 80s and 90s took turns in returning to this decade and skinny glasses like Stephanie Coker’s seem to have won the battle.

Throughout the 2010s, statement sets made their mark. From skirt sets to pant sets and even kimono sets, the ‘matchy-matchy’ style of the 90s made a strong comeback with print fabric sets winning the game. We foresee this trend lasting through the 2020s seeing how easily they make one look like a Hollywood celebrity.

Celebrating The Life And Sound Of Majek Fashek: A Legend Passes On At 57

Statement Tops Are The Fashion Item To Beat In 2020

15 Of The ‘Hautest’ Ways To Wear Houndstooth This Spring

#SRCOTD: 22 Ways To Rock Cobalt Blue Like A Style Star