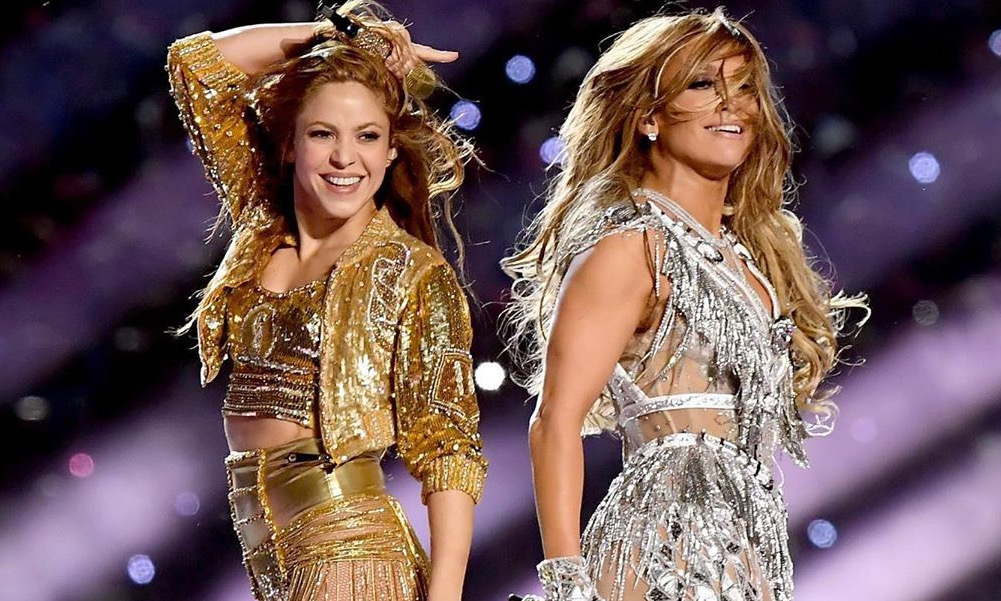 The Best Dressed African Male Celebrities Of The Week – February 3

The halftime show at the 2020 Miami Super Bowl which took place in Hard Rock Stadium, Sunday night, almost stole all the attention from the game as usual. The musical and dance performances by Latin superstars Shakira and Jennifer Lopez had social media twirling as the biggest sports event of the year in the United States entered the second half.

As the Super Bowl halftime show has proven time and time again, glamorous outfits and big stage set-ups are no match for a performance that simply has the “it” factor (Thank you Prince and Beyoncé.) Shakira and Jlo made sure they brought so many elements of their Latino culture to their world stage performance.

Shakira, 45, began the show with a mashup of her hit songs starting with ‘She Wolf’ before jumping on the guitar for ‘Empire’ and dancing into ‘Whenever Wherever’. She then continued her performance with guest appearance by fellow Latin pop star Bad Bunny. The apex moment of Shakira’s performance came when she jumped into the crowd and surfed while singing her iconic song ‘Hips Don’t Lie’ ahead of Lopez taking the stage.

Jlo made her jaw-dropping entry as she descended from above the stage in an almost angel-like light. She then began her performance with a medley of ‘Jenny From the Block’, ‘Ain’t That Funny’ and ‘Get Right’. As energetic as ever, the 50-year-old did a quick outfit change and gave a beautiful performance on a stripper pole while singing ‘Waiting for tonight’, a performance reminiscent of her award-nominated act in the movie, Hustlers.

Reggaeton star J Balvin joined Lopez on stage for a performance of ‘Qué Calor’ and a mash-up of ‘Mi Genté’, ‘Love Don’t Cost A Thing’ and ‘On The Floor’. Jlo’s daughter, Emme won the crowd over as she joined her mum on the stage for a surprise cameo while Shakira was on the drums. 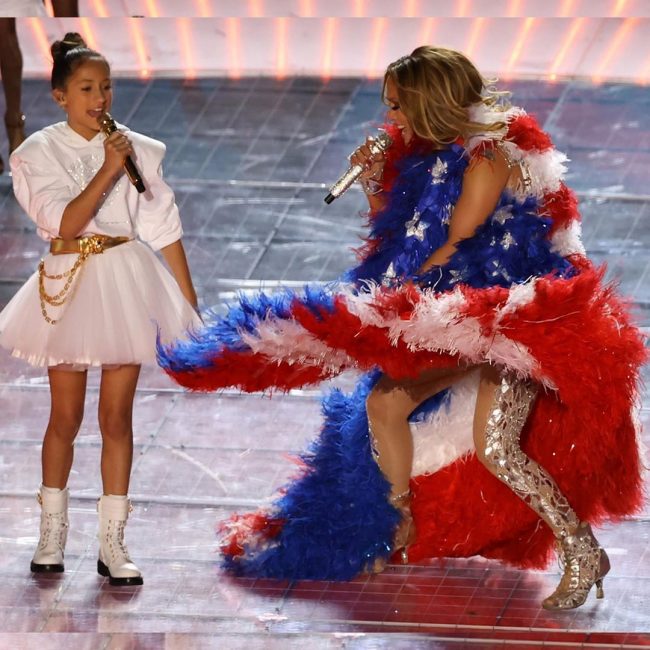 Shakira and Lopez ended the halftime show with a mashup of Lopez’s ‘Let’s Get Loud’ and Shakira’s ‘Waka Waka’.

Many people took to social media to commend Shakira and Jlo on their amazing halftime performance and also how they, like many years ago, brought Latin pop to the world stage. 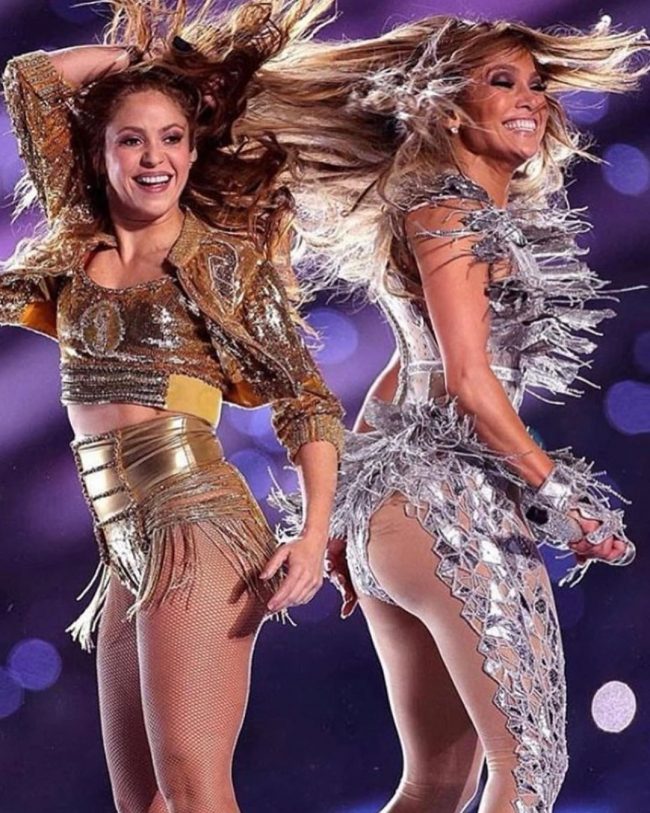 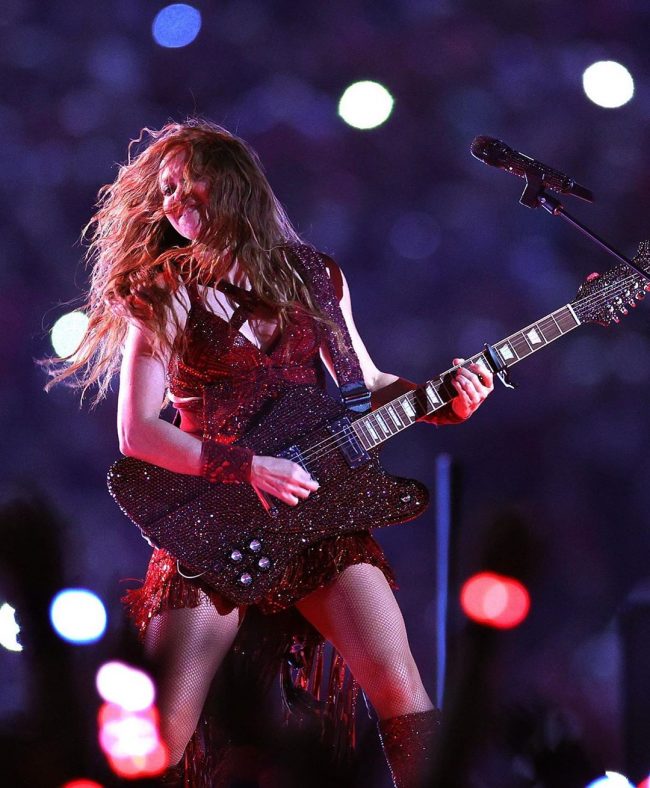 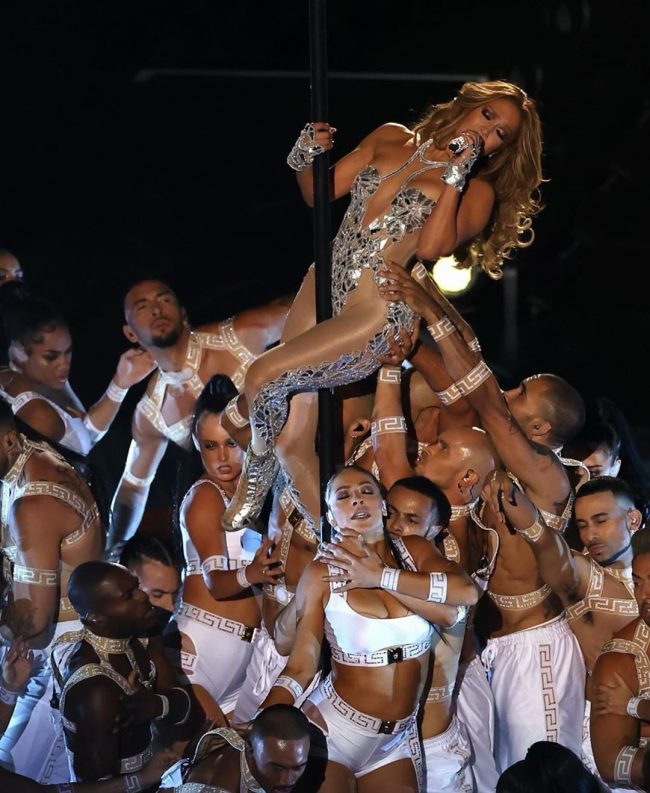 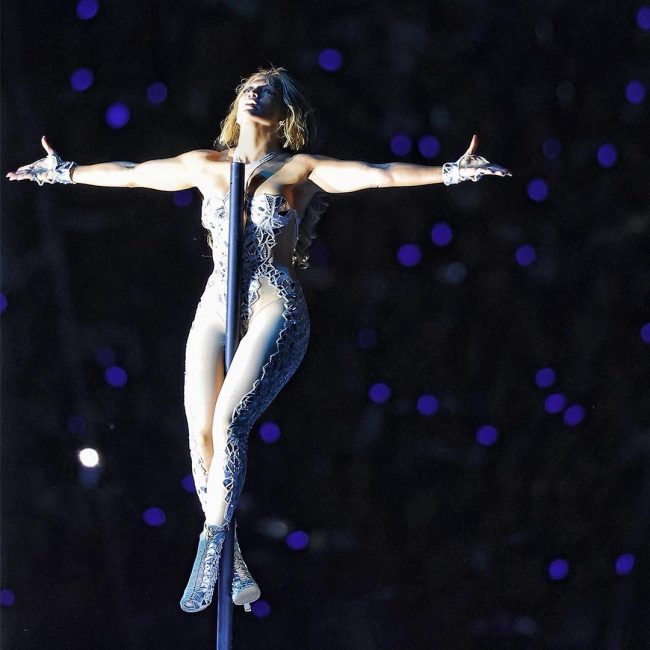 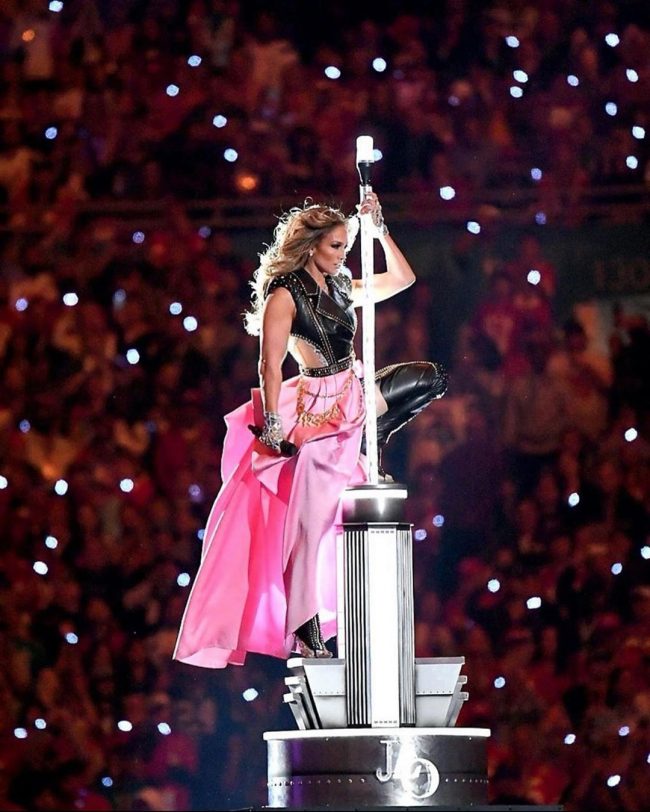 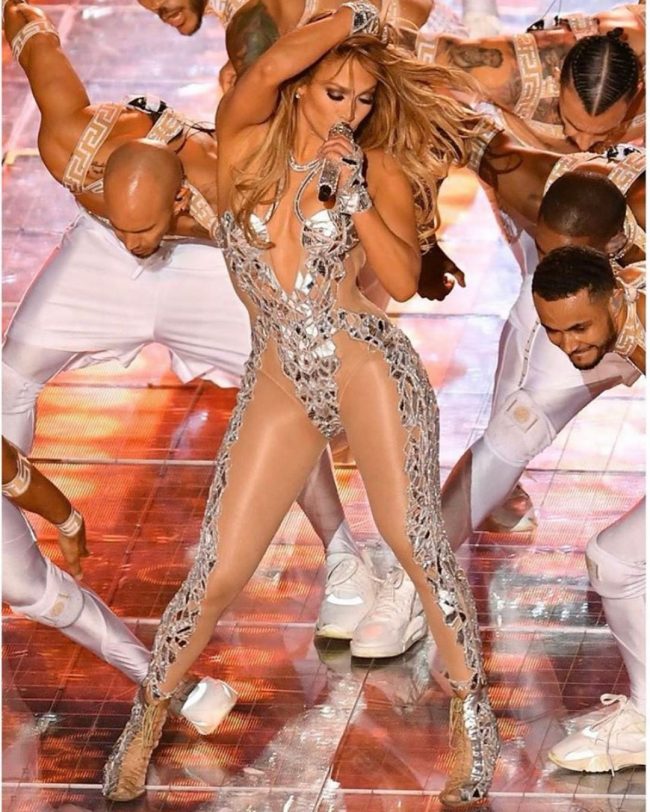 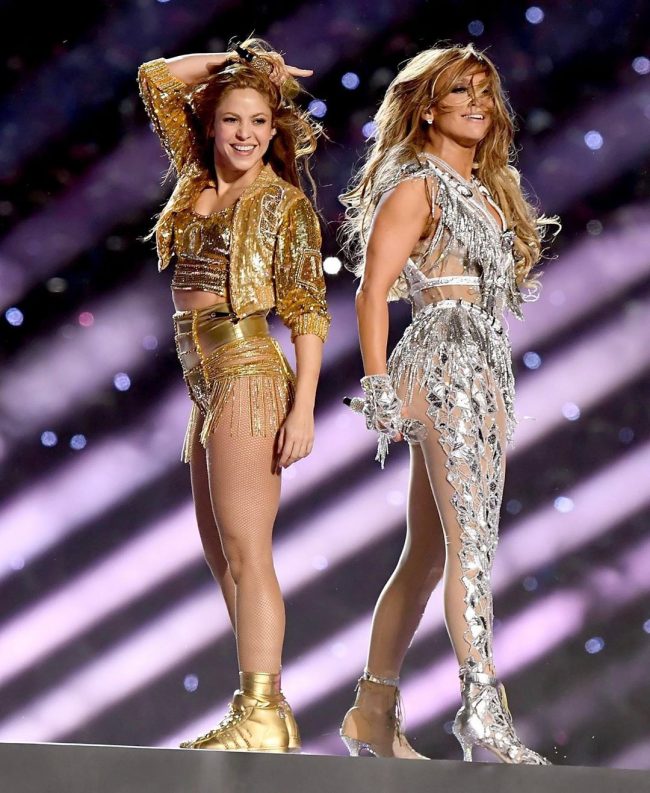 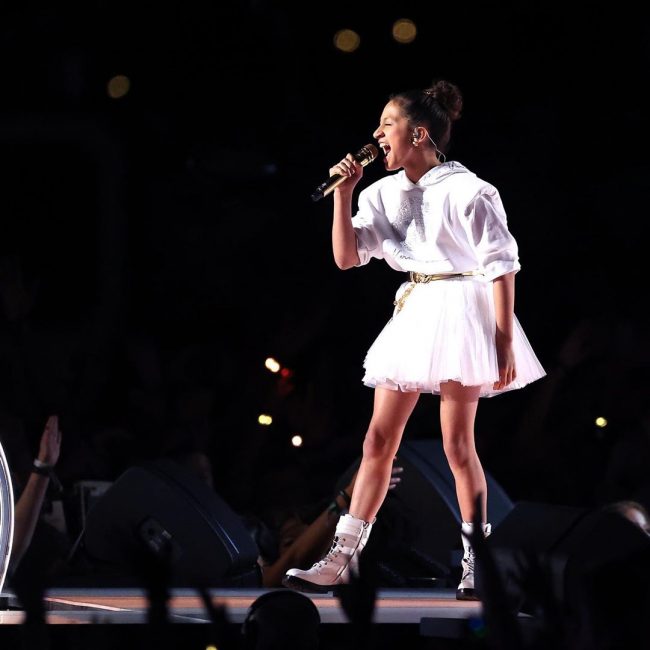 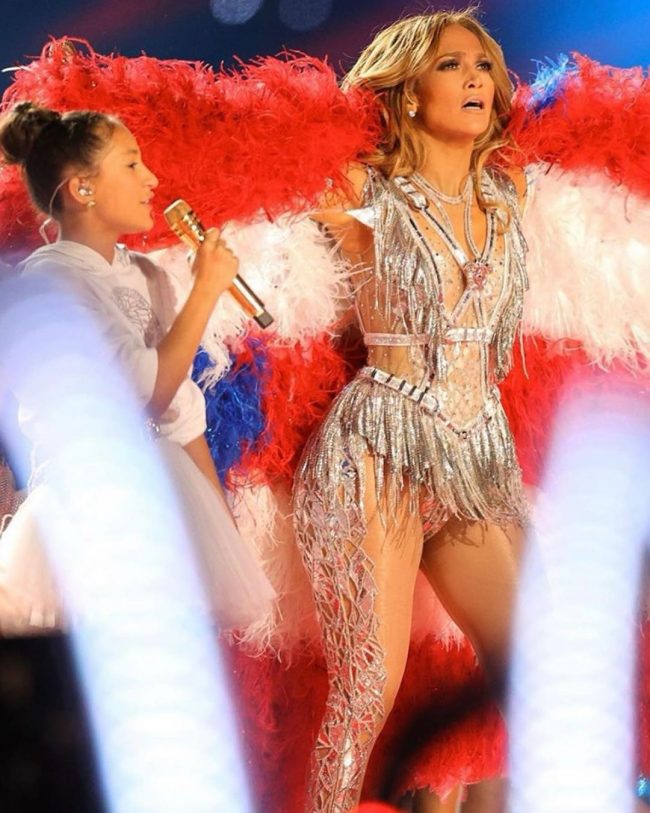 The Best Dressed African Male Celebrities Of The Week – February 3

The Fashion Industry Loses An Icon As Emanuel Ungaro Passes Away

From Rihanna To Cardi B, See Celebrity Inspired Costumes For Halloween 2019