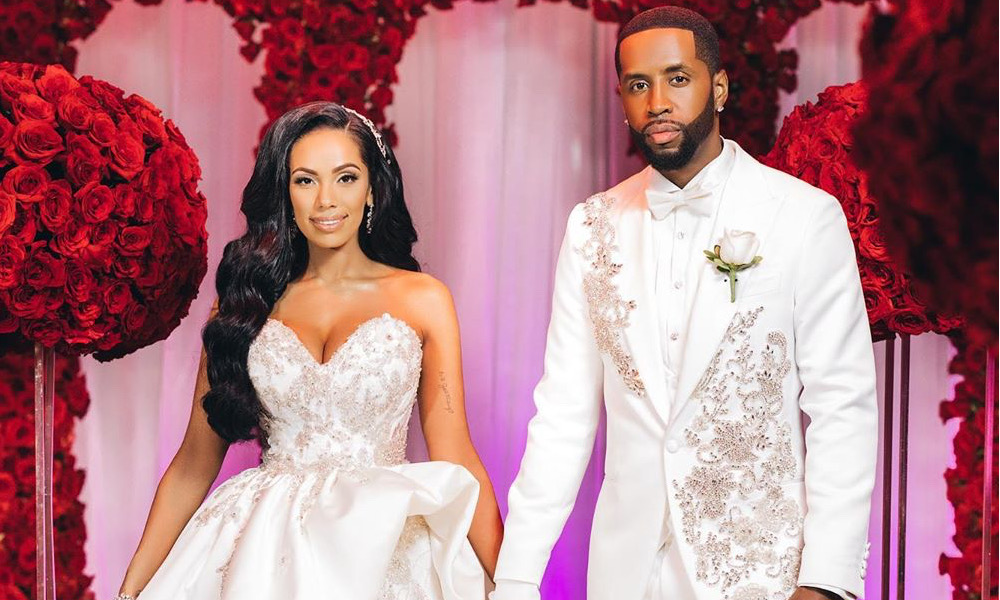 The event was filmed for the reality show Love and Hip Hop: New York and aired this past Monday, and according to Safaree, no expense was spared as over 40,000 red roses were imported from Argentina for the special day. Their televised union had the Internet feeling very emotional. It was the wedding every girl who loves fairytale dreams of.

While many doubted that the marriage would last considering how often the couple is shown fighting on the show and how Erica was previously engaged to rapper Bow Wow as Safaree dated rapper Nicki Minaj – others didn’t know how to feel. However, certain details – like Safaree’s sister taking on the Best Man position, Erica’s son with video director Raul Conde walking her down the aisle, and Safaree getting overcome with emotion when he first saw Erica as his bride – really got a lot of fans believing this may just be a forever kind of love as they shared their emotions on social media.

A pregnant Erica Mena dazzled in custom Ryan and Walter wedding gown. She was styled by bridal stylist Selina Howard. Safaree looked dashing in an all-white tuxedo with embroidery on his tuxedo jacket, complemented by his groomsmen who all wore black. His sister who was his best man donned a gorgeous red suit to match Erica’s bridal party, who all stunned in red.

Roses adorned the altar where the reality TV couple said: “I do.” The floral arrangements were designed by the NYC flower project while the entire wedding was planned by Elle Audrey New York.

Though some are still skeptical about whether Safaree and Erica Mena are actually in it for the long haul, the genuine love they showed for each other during their wedding ceremony has us hoping that they’ll end up proving doubters wrong.

The couple is expecting their first child together anytime from now. 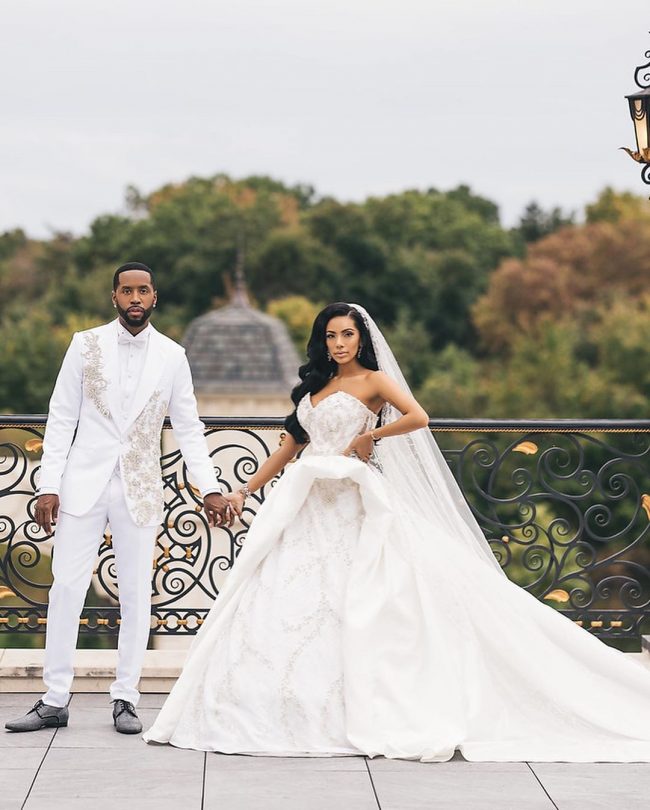 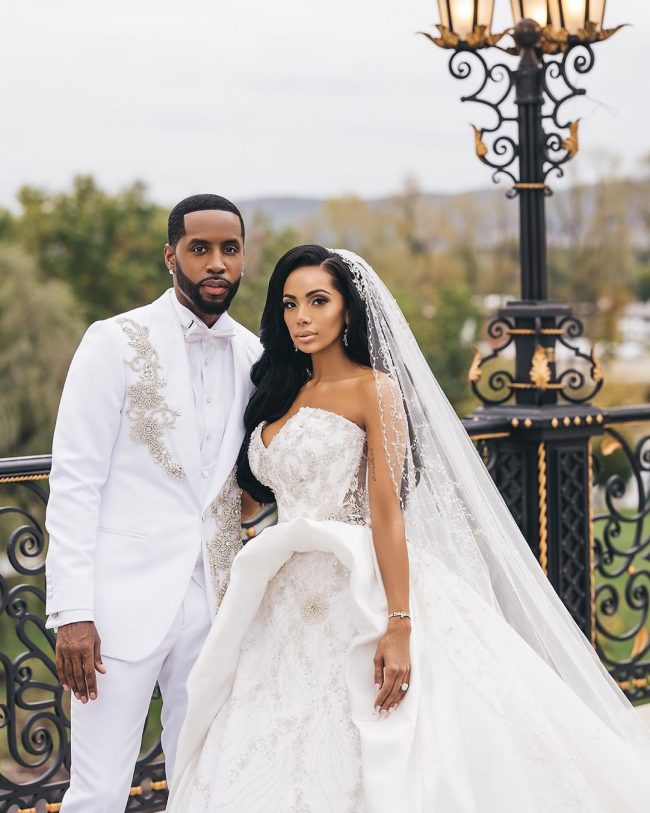 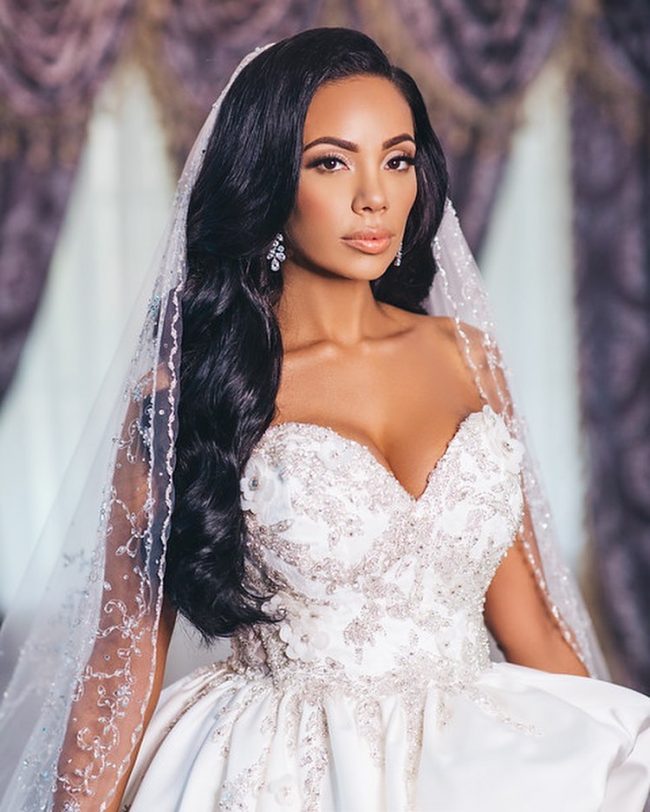 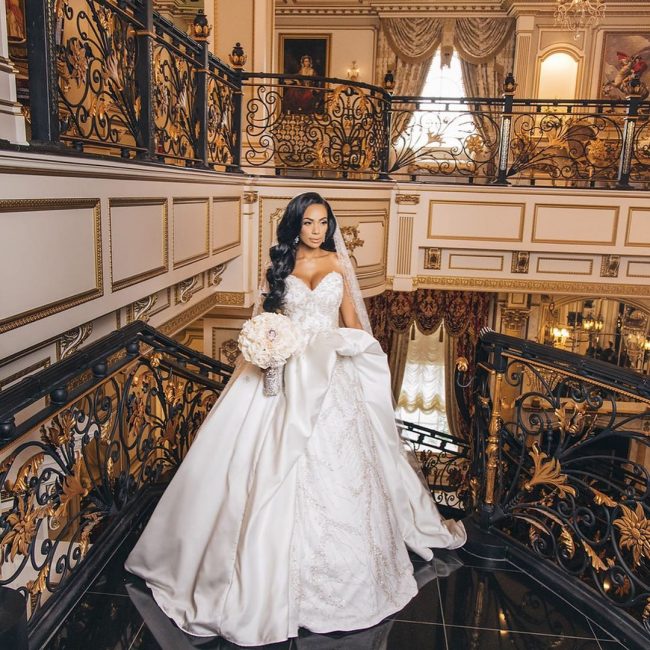 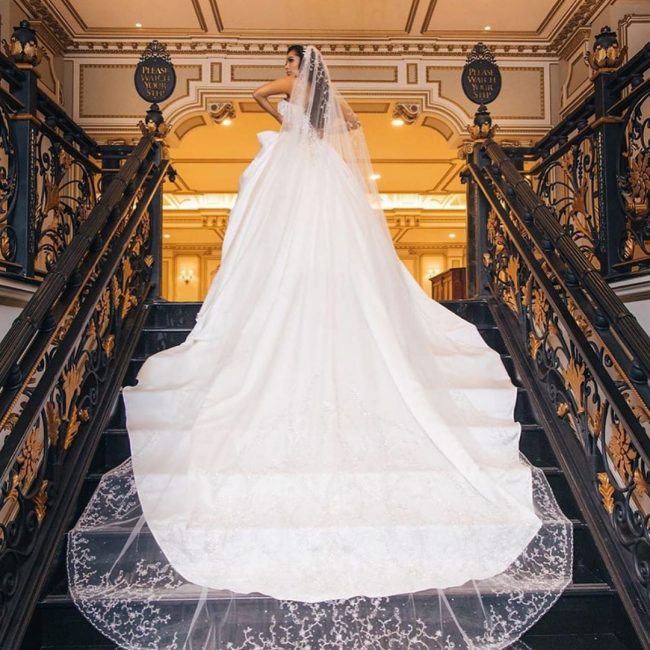 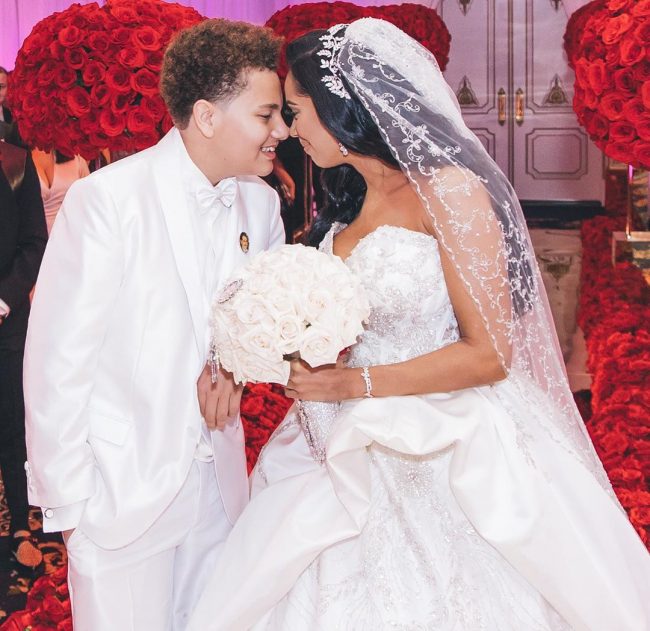 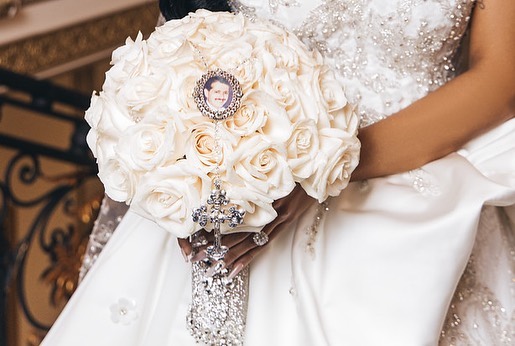 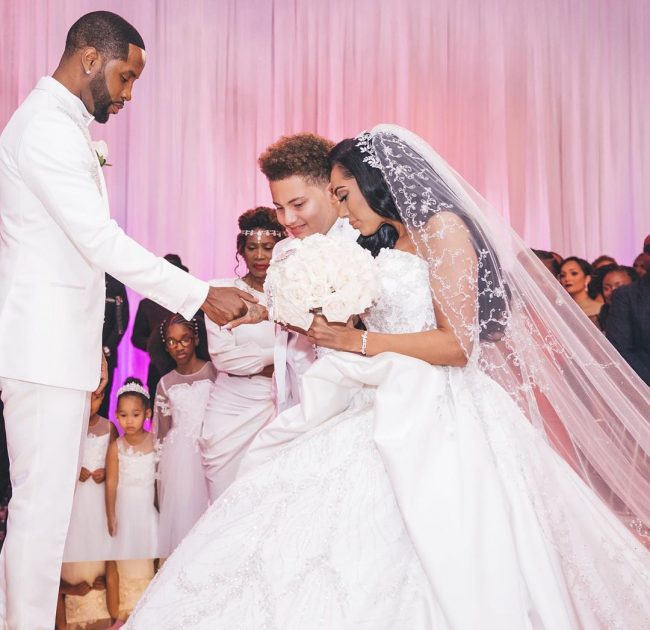 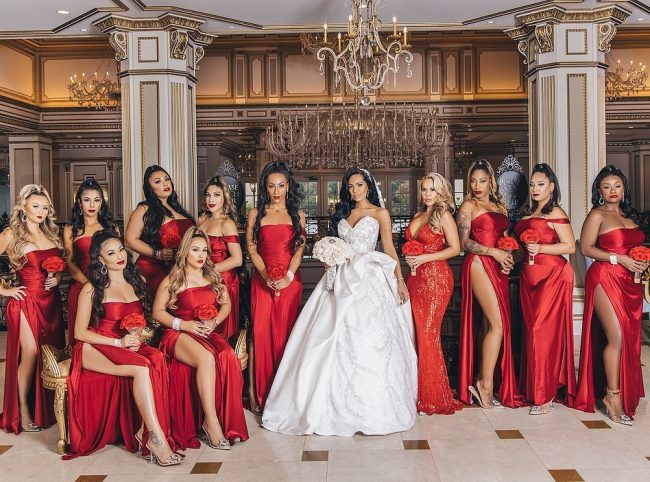 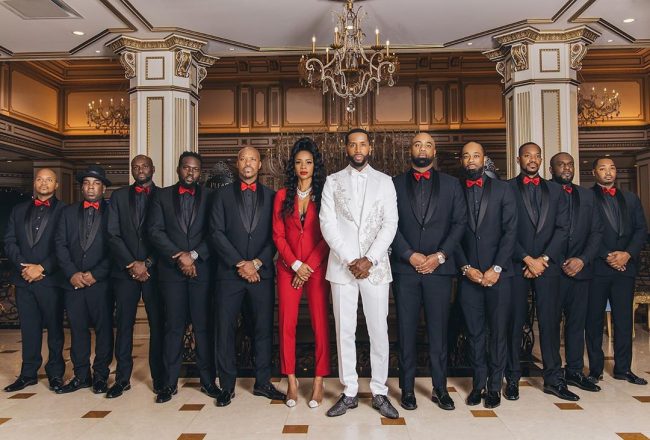 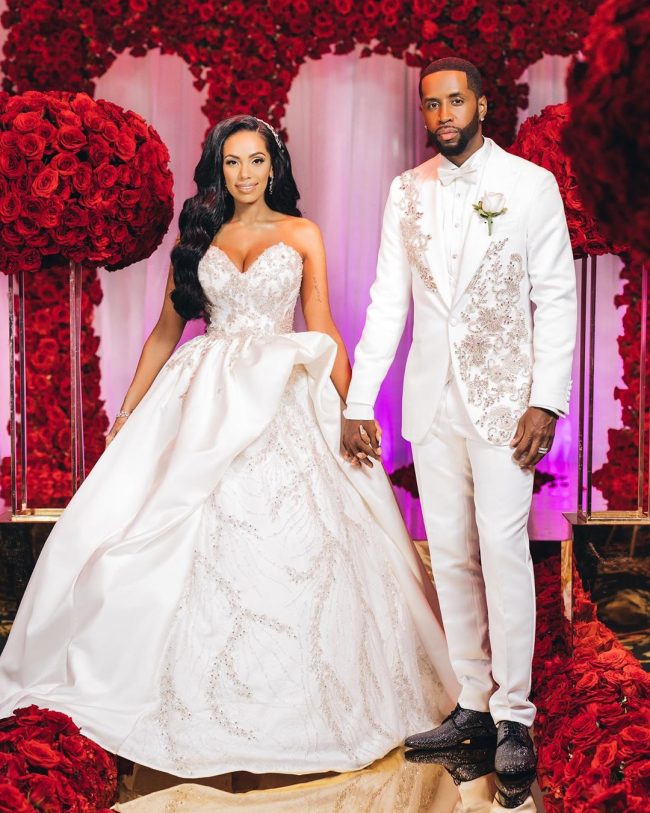 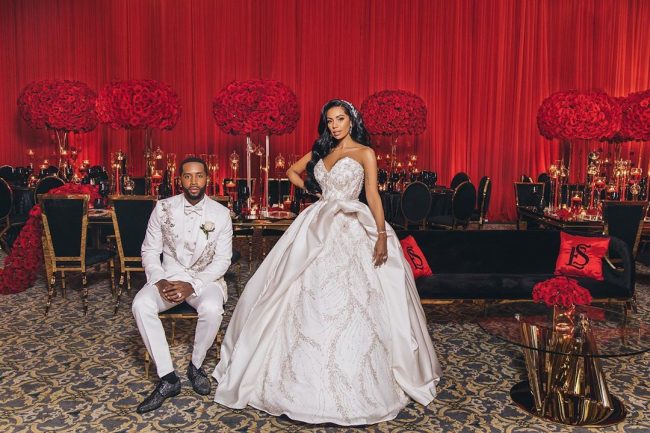 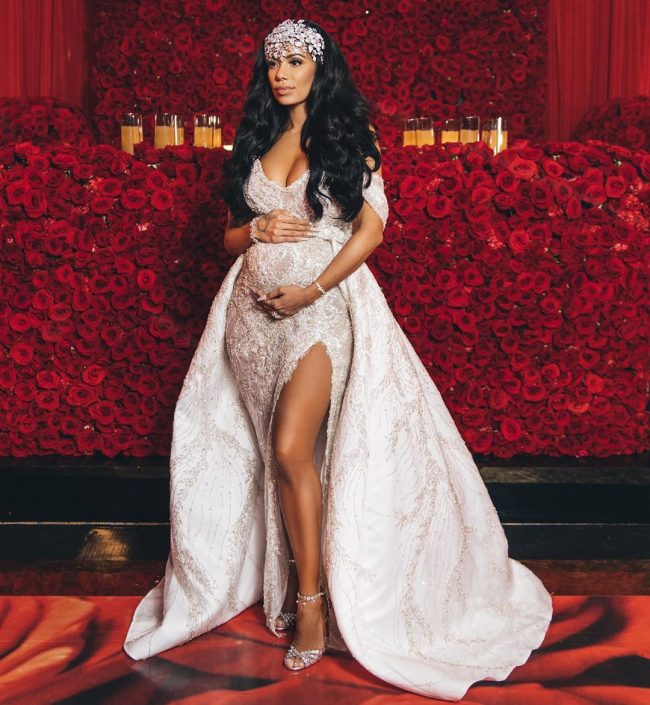 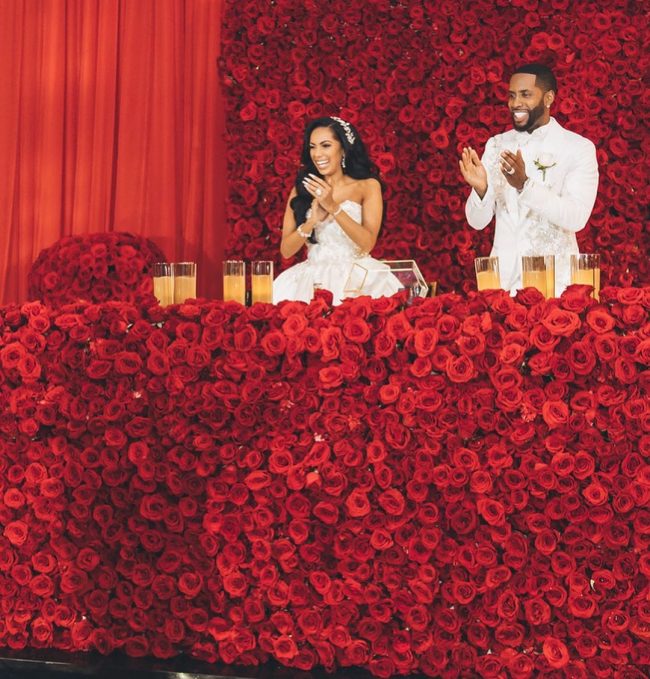 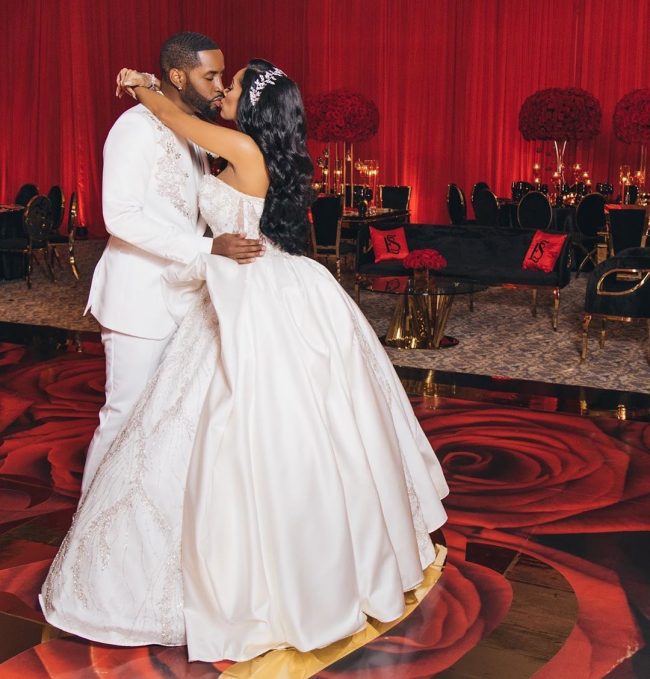 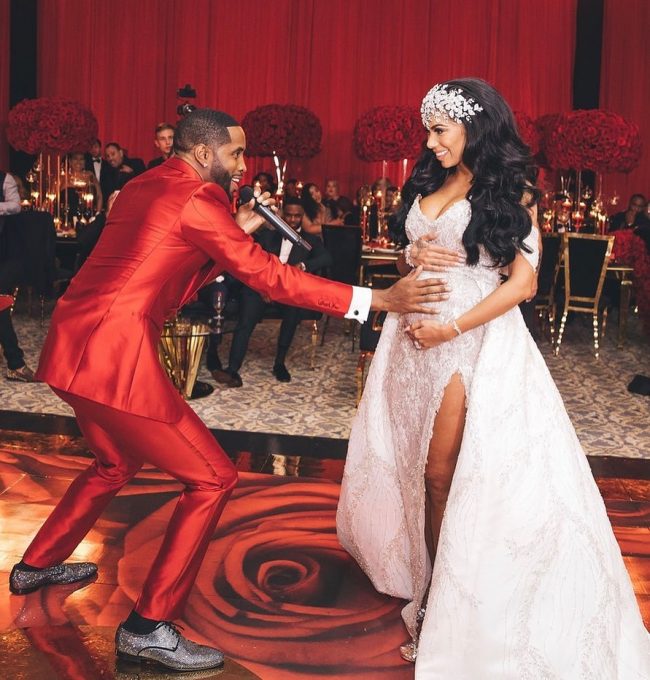 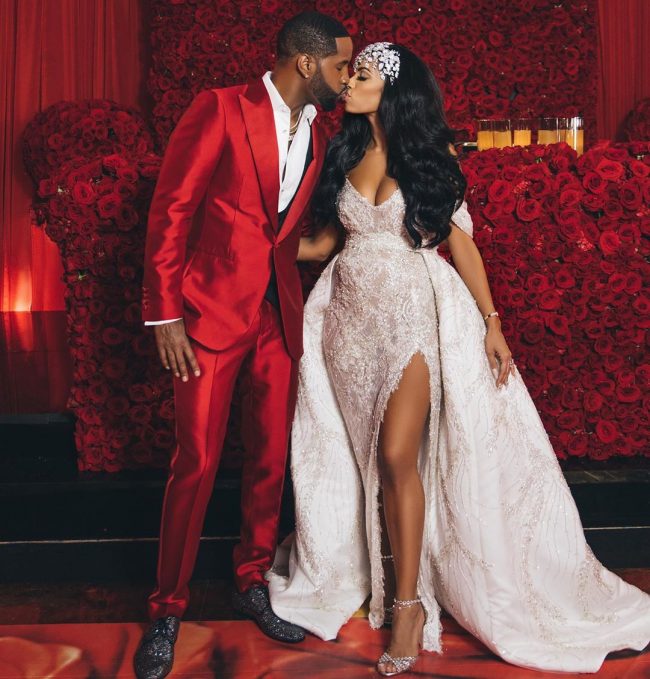 Is A Wedding Veil Still Necessary? Let’s Put This Argument To An End