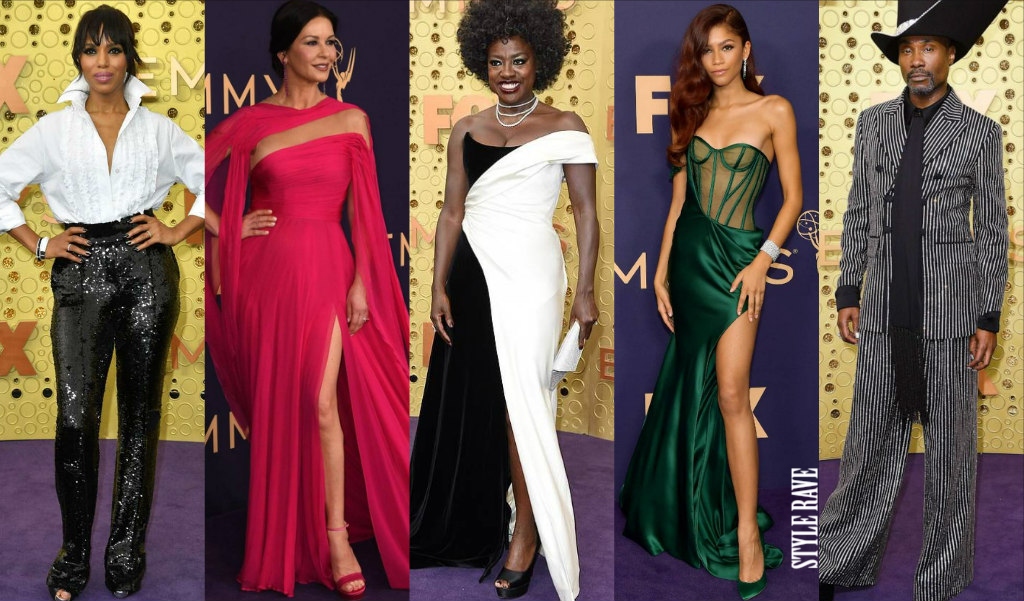 The Emmys is perhaps one of the most magical red carpet event of the season as A-list screen stars, celebrities and other industry personalities get to show off their biggest fashion moment right at the end of Summer. For the 2019 awards, the Emmys red carpet was traded for a purple one and that was no limitation as the carpet was filled with 2019-worthy glitz and glamour.

According to Rita Garcia of “Good Day LA,” the Academy intentionally picked the color to evoke royalty. “What do you think of when you think of that color?” Garcia asked in a Friday BTS segment. “It’s royalty. They’re honoring this year’s Hollywood and television royalty.”

From trendy designs to haute couture and custom-made pieces, the stars shone bright as always but it was Billy Porter who stole the show in a bespoke Michael Kors suit which took more than 170 hours to create.

A foray of elegant and sexy dresses, as well as statement designer suits were spotted on the carpet as the stars came out to clad in some of the most refined, bold trendy outfits we’ve seen in recent times. As if to remind us that the festive season is near, a trend of sequins and sparkly dresses were also spotted on the purple carpet.