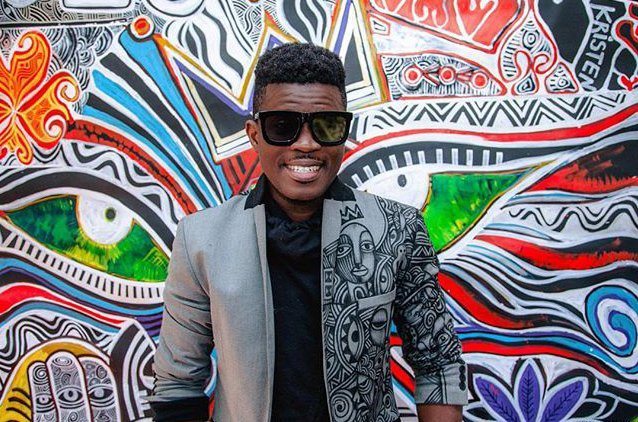 We can only imagine the excitement that erupted when Laolu Sebanjo found out Beyoncé wanted to work with him. The multi-talented Nigerian-born, Brooklyn-based musician and visual artist must have been overwhelmed by such an honour. Come on, it’s no cookie being featured on the visual album of one of the greatest artists alive.

As soon as Lemonade premiered last Saturday, everyone wanted to know who the artist behind the white body paint on Beyoncé and her casts was. But we’ve been Raving hard about Laolu since we stumbled on his Instagram page late last year. Since then, we’ve remained totally in awe of his creative skills as his intricate body painting leaves you wondering just how he manages to connect each line, each curve so perfectly.

The artist who formerly worked as a human rights attorney with a specialization in women and children’s rights took up art as a full-time job when he relocated from Lagos to Brooklyn. Influenced by his Yoruba heritage, Laolu soon developed a painting style which has become uniquely his as an artist. Laolu’s  “The Sacred Art of the Ori” painting covers his subjects from head to toe or on any particular body part chosen as the canvas, in patterns which represent the essence of their beings.

His canvas vary from humans to clothing and even sneakers as his limited-edition collaboration with Nike sneakers sold out in record time earlier this year.  His dynamic skills clearly impressed Beyoncé enough to tap him for her massive visual album. Even if you aren’t launching a new album, the beauty of Senbanjo’s work will captivate you once you browse through his Instagram page.

As a musician, his musical style is deeply rooted in the traditions of Afro-beat and High Life mixed with Afro-Soul and Reggae. Though Laolu has performed worldwide in places like Germany, France and South Africa, and has also collaborated with Nike, working with “Queen B” has given him a brand new profile. Being such a versatile artist, the sky is really the starting point for Laolu and we can’t wait to see what the future holds for him.